A controversial Juneteenth event at Latta Plantation prompted Mecklenburg County leaders not to renew their contract. The conversation has now shifted to the future. 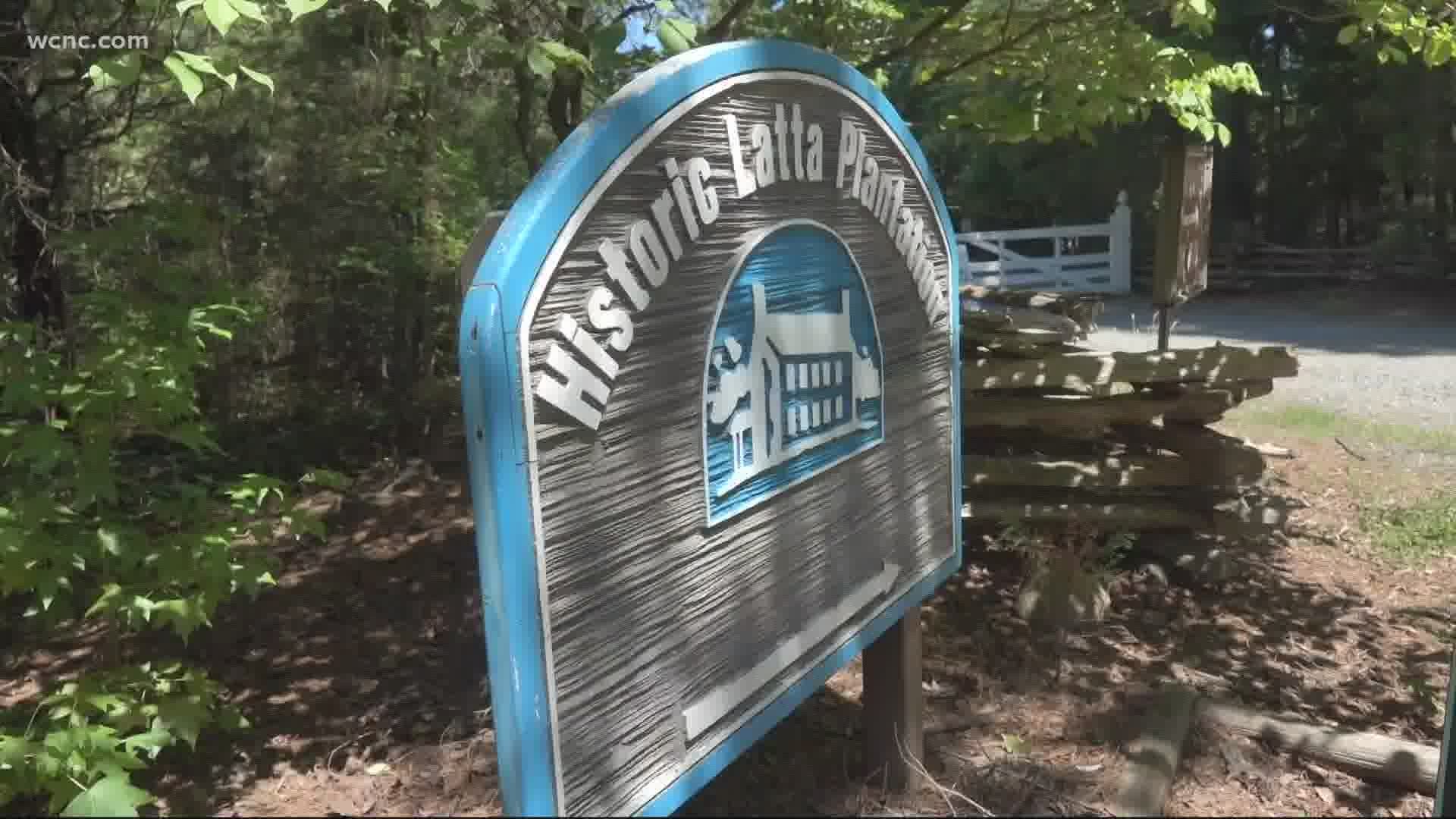 HUNTERSVILLE, N.C. — As leaders with Mecklenburg County close this chapter in the history books with the current non-profit managing the Historic Latta Plantation in Huntersville, local civil rights leaders are pledging their support to help execute a more inclusive vision moving forward.

The director of Mecklenburg County’s Parks and Recreation department notified Latta Plantation, Inc. this week that the county intends to end the contract between the two entities, effective June 30.

The decision comes after Latta Plantation advertised an event scheduled for Juneteenth that was steeped in controversy. According to a flyer for the event, the site planned to tell stories from the perspective of “massa himself” and referred to the people enslaved on the site as “bondsmen” who were “high on the hog” after the plantation’s manager went into hiding. Juneteenth, which is recognized on June 19 each year, commemorates the end of slavery in the United States.

The backlash was swift in response to the event. Mayor Vi Lyles chastised the site managers in a tweet, saying they should have known better. The Charlotte Chapter of the National Association for the Advancement of Colored People (NAACP) was among those who reached out directly to the site, demanding an apology for what they felt was a “white supremacist” perspective of history.

The property manager, Ian Campbell, opted to cancel the event, citing safety concerns in a statement he issued over the weekend. Campbell, who is Black, defended the planned event and refused to apologize.

“To the masses on social media and politicians, no apology will be given for bringing a unique program to educate the public about former slaves becoming FREE!” Campbell wrote in part.

Corine Mack, president of the NAACP chapter, wrote a letter to Campbell offering to help them create more inclusive programing at the plantation moving forward.

The county ended the contract with the nonprofit before any potential meetings could be scheduled.

Signs posted at the entrance to the property Wednesday alerted the public that the plantation was closed. According to a statement posted on the Latta Plantation website, the historic site is permanently closed. Thursday, the county confirmed the site would be closed until further notice.

Historic Latta Plantation is closed until further notice. @MeckParkRec will evaluate how to use the site in an appropriate, forward-thinking way » https://t.co/HqgAp1fhGW

Latta Nature Preserve, Quest and the Raptor Center are unaffected by the closure. pic.twitter.com/V7JdESkwNw

Summer camp offerings were also removed from the website. The director of Mecklenburg County’s Parks and Recreation department said he believes summer camps for the last two weeks of June are canceled. One of those camps was advertised as an opportunity for children to dress as Confederate soldiers.

“I’m happy the event’s not going to happen, I’m happy they ended the contract with them,” Mack said. “At the end of the day, we can’t have this.”

Mack said she plans to offer her support to county leaders as they craft a vision for the historic site moving forward.

The NAACP plans to hold a news conference Friday to address the problems that Mack says have plagued the plantation for years. She hopes to offer suggestions about how to create a historic site that is more welcoming and inclusive.

The Carolina Raptor Center also recently issued a statement about what happened at Latta Plantation and said it'll offer free admission to the venue on Saturday, June 19.

Carolina Raptor Center is an environmental education organization dedicated to the conservation of raptors and other birds of prey. Our facilities are located on the grounds of Latta Nature Preserve, Mecklenburg County’s largest nature preserve. However, we are an independent non-profit organization that is not affiliated with Historic Latta Plantation.

The Raptor Center deeply values the diversity of our community and stands in support of racial and social equity. Because we believe all people should have access to nature and outdoor activities, we invite you to connect with the natural world by visiting our facility no matter your racial background, ethnicity, nationality, gender identity, social class, or sexual orientation. Raptors don’t discriminate and neither do we.

Because we are committed to equity and access, Carolina Raptor Center will open on June 19, 2021, without a prescribed admission fee. Come observe Juneteenth at CRC and contribute what you can in our donation box. This is an open invitation for our community to observe the holiday, while celebrating freedom and enjoying nature together.

You can learn more about the Carolina Raptor Center by clicking here.

RELATED: 'It represents slavery' | Senior-living community removes 'plantation' from every street name on its property