The historic Executive Hotel Pacific in downtown Seattle will house up to 139 homeless residents a night. 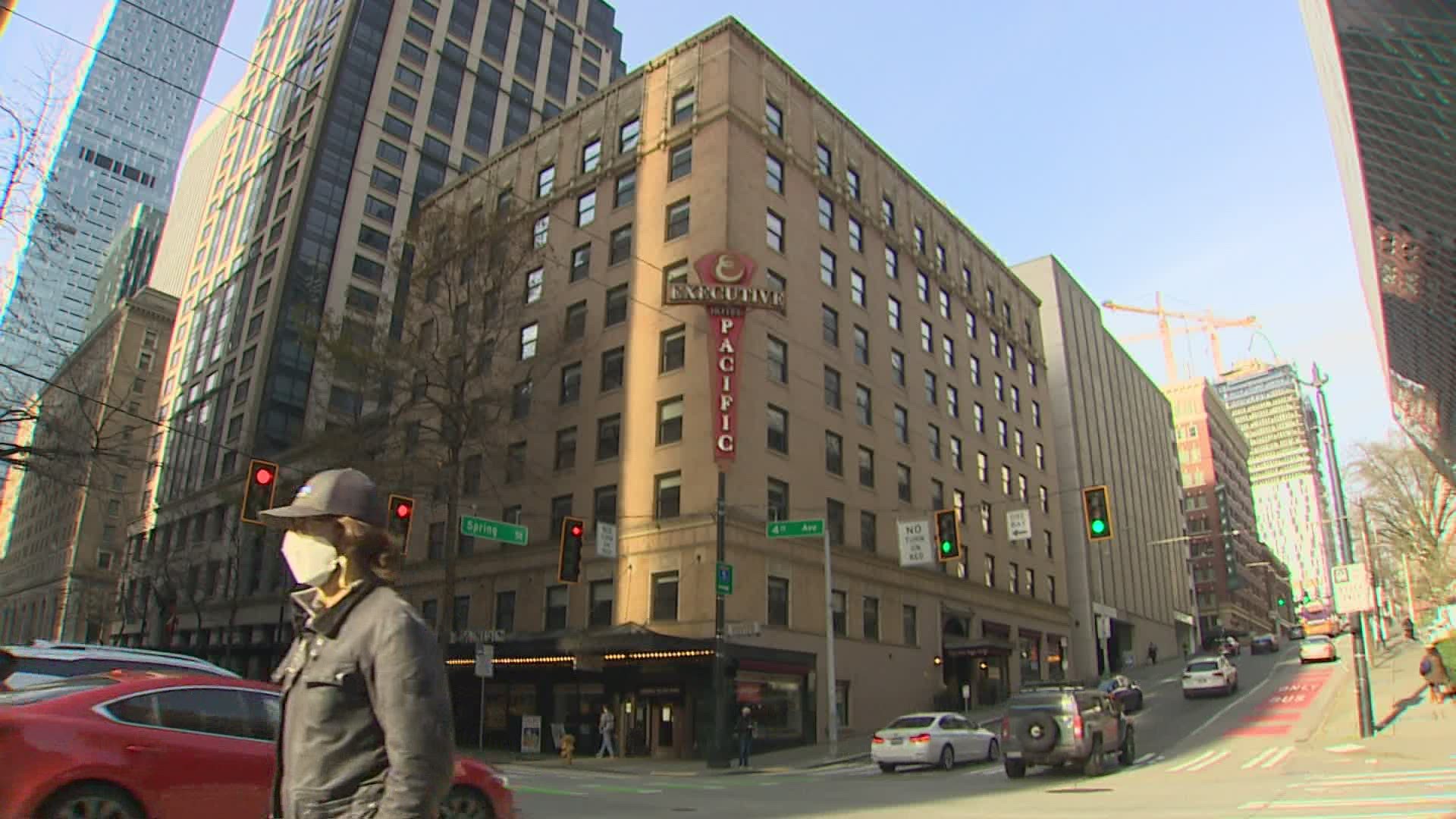 While the hotel is opening Wednesday, the rooms are all reserved for the homeless.

Seattle is launching a first-of-its-kind program for the city that offers vulnerable homeless residents a safe and stable place to stay at no charge as part of an effort to find them permanent housing. The 'hotel-based shelter' program and the city's Hope Team are filling the rooms with up to 139 residents a night.

There are security and caseworkers on-site 24/7 to offer service and connections to long-term housing. The "Low Income Housing Institute" is operating the hotel.

A second hotel will also open to the homeless under the program at the King's Inn in Seattle's Belltown neighborhood. The hotel will be operated by the Chief Seattle Club. Both the King's Inn and the Executive Hotel Pacific have a one-year lease agreement with the city.

Funding for both hotels comes from money allocated to COVID-19 relief.

While the program is new for the City of Seattle, there are already more than 800 homeless residents staying in three hotels currently operated by King County. The county announced several more hotels will be opening under the same structure as the pandemic continues to stifle tourism and travel.

At these locations, local police have reported an increase in crime. Seattle Mayor Jenny Durkan said the entire region needs to work together to solve the issue of homelessness.

“We can't conflate homelessness with criminal conduct,” said Durkan. “Some engage in criminal activity, but we have security at these sites and plenty of steps to make sure people are safe.”

The method of offering the homeless a free place to stay in an effort to find permanent housing appears to be working, according to the city's latest Homelessness Investments Performance Outcome Report. The report suggests 81% of people who exit a Rapid Re-Housing Program in Seattle enter some kind of permanent housing.