Crews say everyone is okay, but damage dealt was estimated to be around $250,000 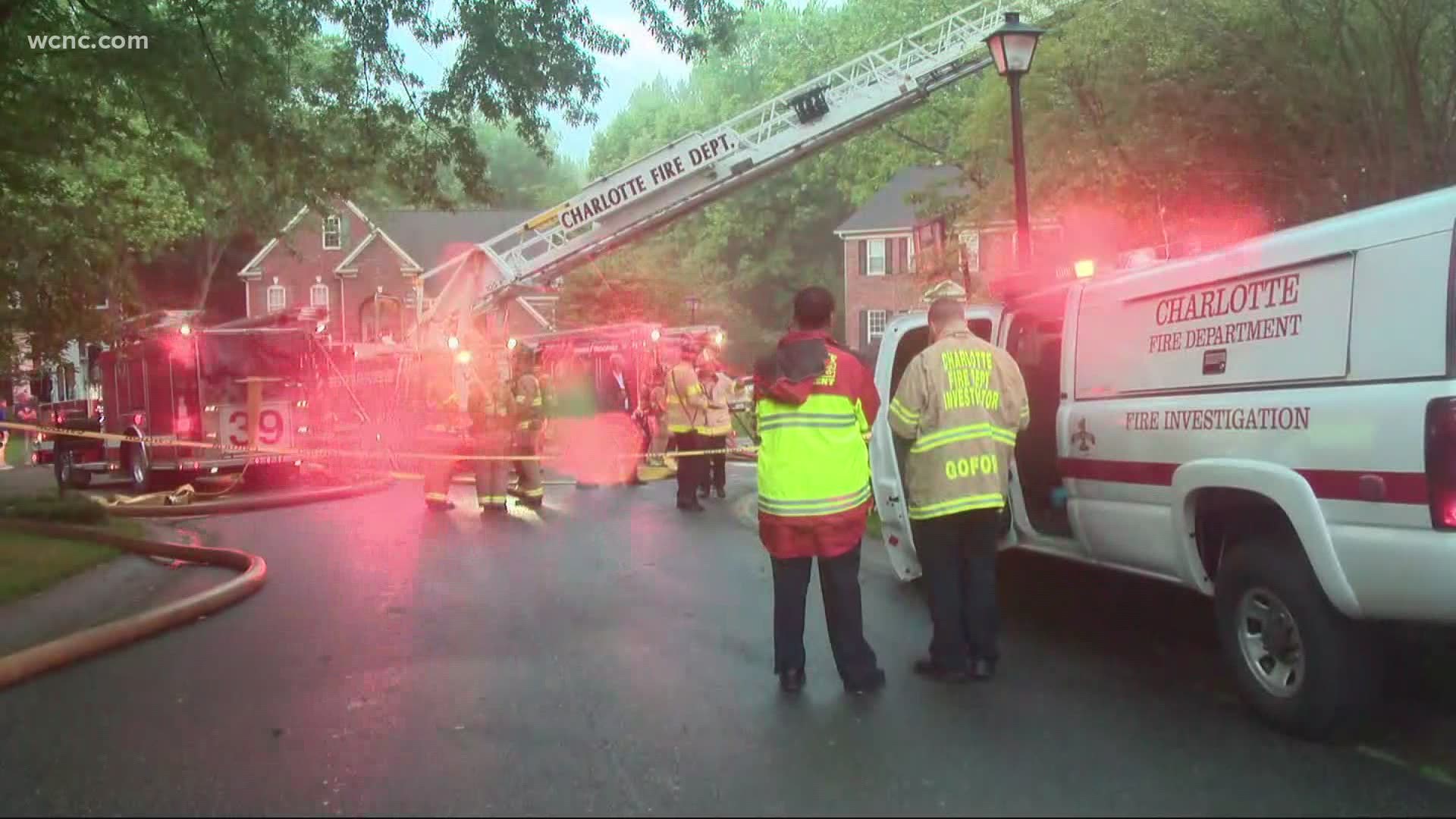 The department tweeted about the scene around 6 a.m. Saturday, saying the two-story home along Redfield Drive was being handled by crews at that time. However, the scene took a turn shortly before 7 a.m. when they reported the second floor collapsed, forcing firefighters to evacuate.

Update: 2 Alarm Structure Fire; 2952 Redfield Dr; firefighters were evacuated due to 2 floor collapse; all occupants and firefighters are safe pic.twitter.com/ZfBY6pYzGx

Charlotte Fire reports all occupants and firefighters are safe. Later in the day, investigators announced an unattended fire in a fire pit on the back porch of the house was to blame. Damage estimates were around $250,000

Update: 2 Alarm Structure Fire; 2952 Redfield Dr; Fire Investigators determined the fire was a result of an unattended fire in a fire pit on the rear porch; no injuries reported; damage estimates are $250,000 pic.twitter.com/evIxnD6zgD