This year's Women's March also fell on the 100-year anniversary of Women's Suffrage. 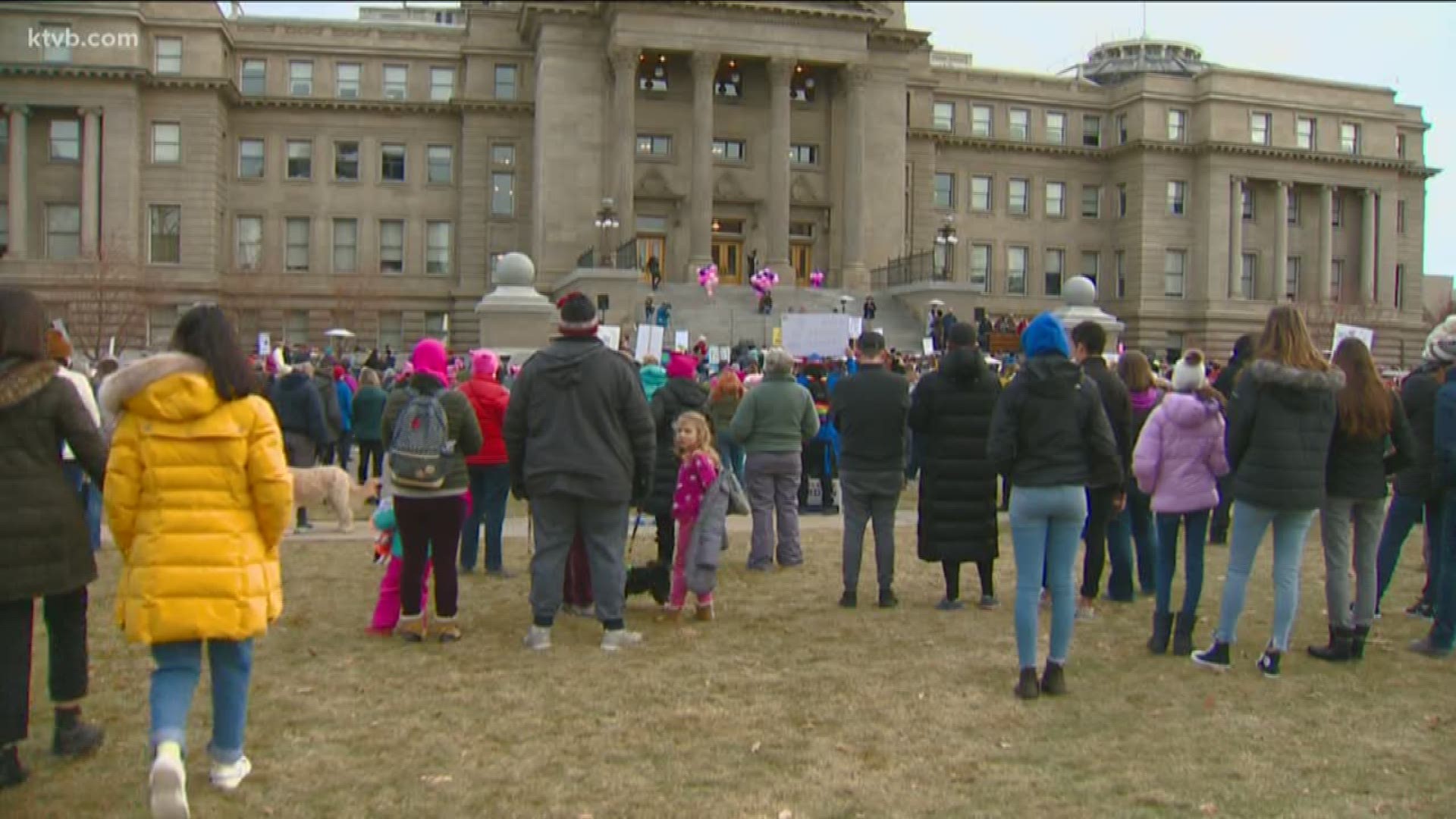 BOISE, Idaho — Hundreds of people gathered in downtown Boise for two separate marches, the first one that took place on Saturday morning was the annual Women's March.

The march started at 9 a.m. and cities across the globe also held similar marches.

This year's Women's March also fell on the 100-year anniversary of Women's Suffrage.

Former Democratic nominee for governor in 2018 and former state representative, Paulette Jordan acted as the Master of Ceremonies on Saturday.

Jordan was joined by dozens of teachers, military women, and other women's rights advocates.

"We are educators and its really important to us that women are given rights that we should have been long ago, we shouldn't have to fight for them, to take them, we should of had them to begin with," one woman told KTVB.

The theme of this year's march is "Demonstrating the Power of Idaho Women in Our Democracy."

RELATED: Hundreds of people march in downtown Boise for March for Life