The school bus and a pick-up truck collided on Gilead Road. 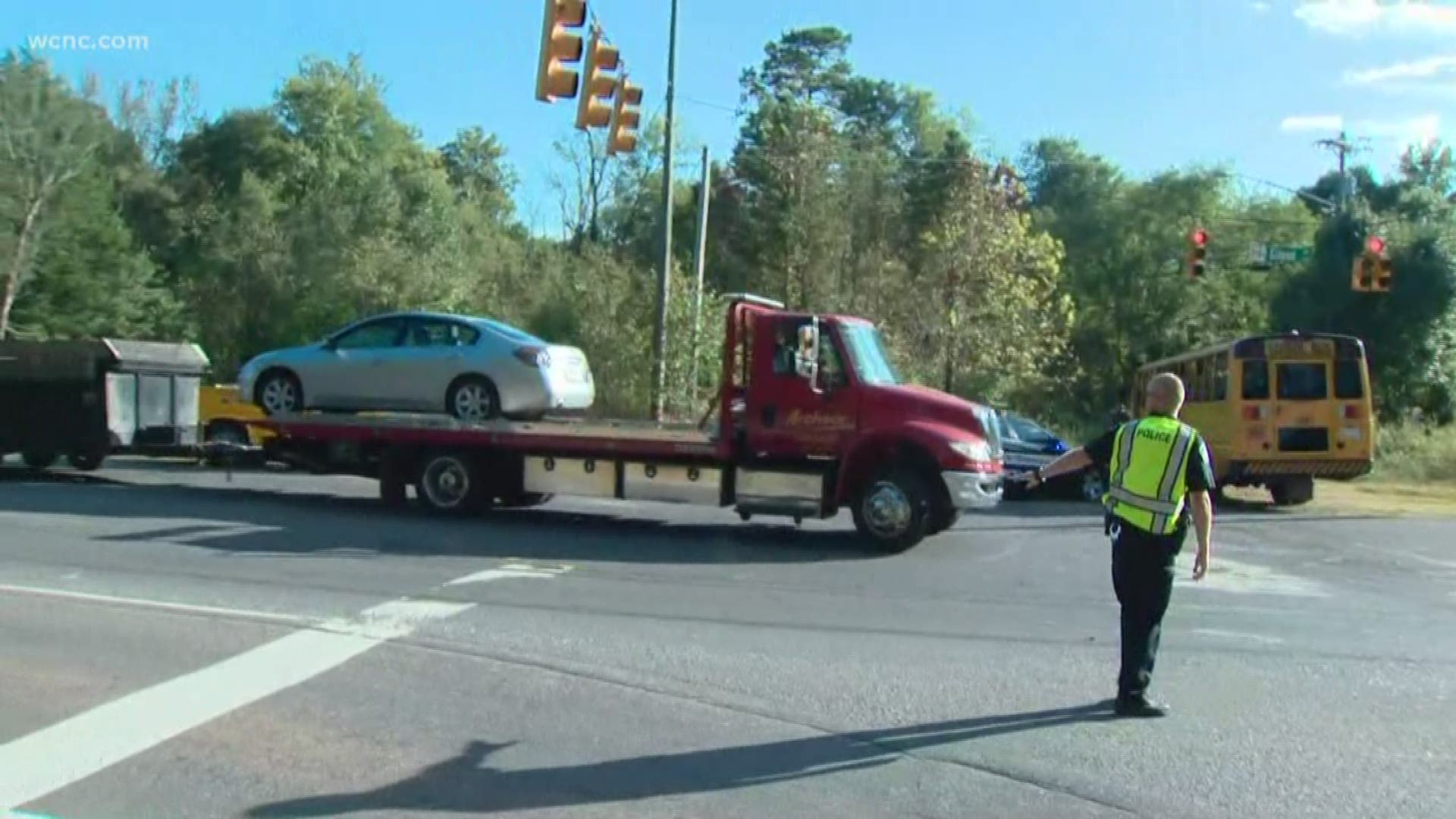 HUNTERSVILLE, N.C. — Two people are being treated for injuries after a crash involving a school bus in Huntersville Thursday.

The school bus and a pick-up truck collided shortly after 3:30 p.m. at the intersection of Gilead Road and Ranson Road, which is located about a mile west of Interstate 77.

It was not immediately known if the two injured were students or adults. Medic said they transported two people with non-life threatening injuries to an area hospital for treatment.

The cause of the crash was not immediately known.

Drivers are advised to expect delays while authorities work to clear the crash and conduct an investigation.

Charlotte-Mecklenburg Schools told WCNC NBC Charlotte they are aware of the crash and are looking into it. The bus was identified as #1567 but it was not immediately known which school the bus had come from.

WCNC NBC Charlotte's Chloe Leshner reports that there are no students remaining at the scene of the crash.