Kaylen Morgan was one of 25 gymnasts across the country selected for the Women’s U.S. National Team, including Olympic gold medalist Simone Biles. 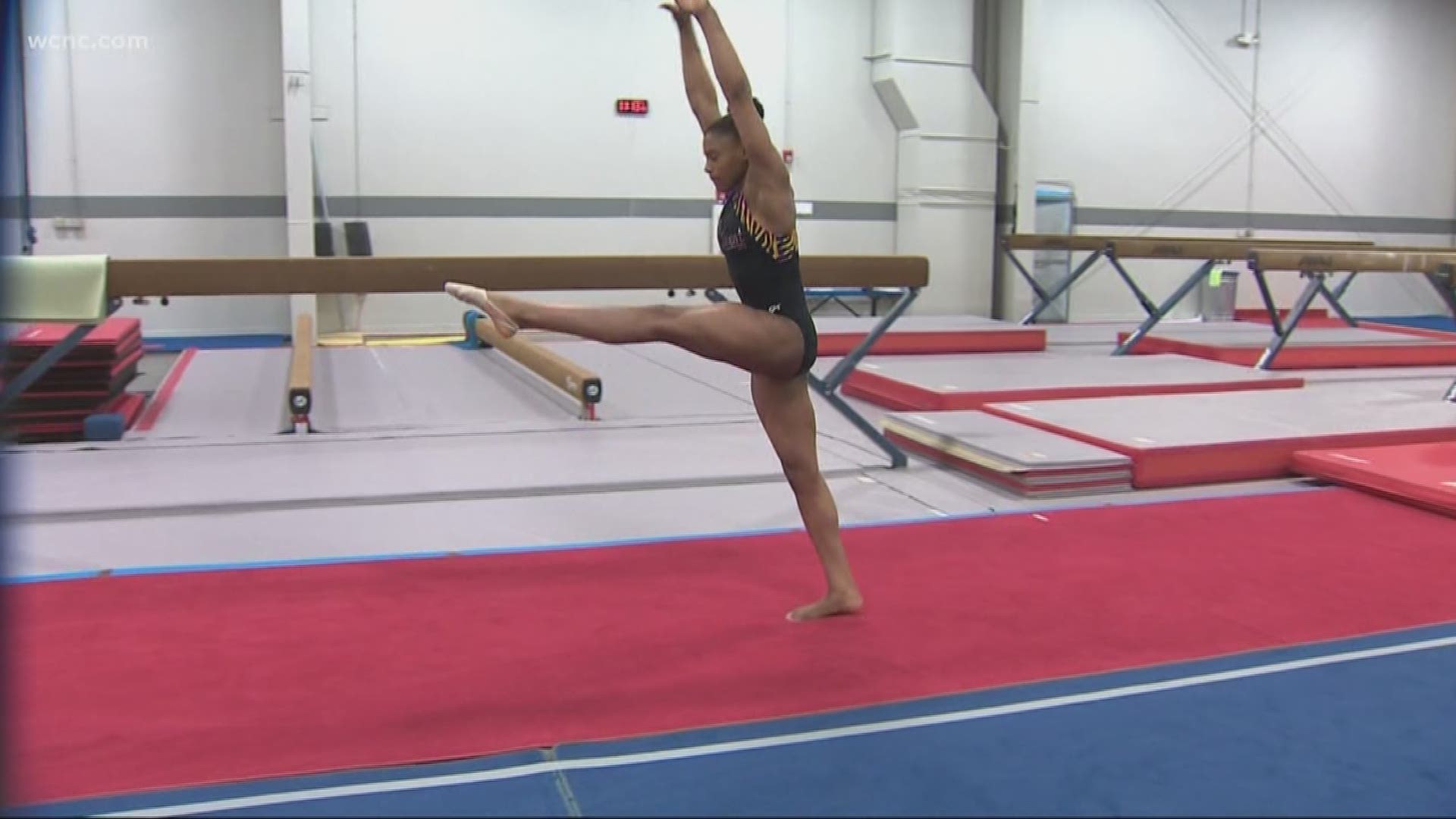 She has been named to the Women’s U.S. National Team.

The 14-year-old made her debut as a junior member during her first international assignment for the team, as she competed in the 2019 Gymnix International in Montreal, Québec, Canada, March 8-10.

Morgan placed fifth in floor and seventh all around in the Junior Division.

“This is such an incredible honor for Kaylen, as it has been her dream to represent our country in gymnastics,” said the owner of Everest Gymnastics. “Kaylen has worked so hard for this."

Morgan was one of 25 gymnasts across the country selected for the Women’s U.S. National Team, including Olympic gold medalist Simone Biles. Morgan is also one of only eight juniors on the team.

During her nearly four years of training at Everest Gymnastics, Morgan has competed in the 2016 Women’s Junior Olympic National Championships, the 2017 Hopes Championships and the 2018 Nastia Liukin Cup.

"Just never give up," Morgan said. "Always keep trying-- trying your best, always. Even when you fall, just keep going."

Morgan will try her best to make the 2020 Olympic team and compete in Tokyo for the Summer Games.

"When I'm out there I don't really think about the spotlight," Morgan said. "I'm just thinking about my skills and just really showing the best I can."