After local summer camps were postponed due to the pandemic, "Impact Camp" is happy to get back to using sports as a way to mentor young boys into men. 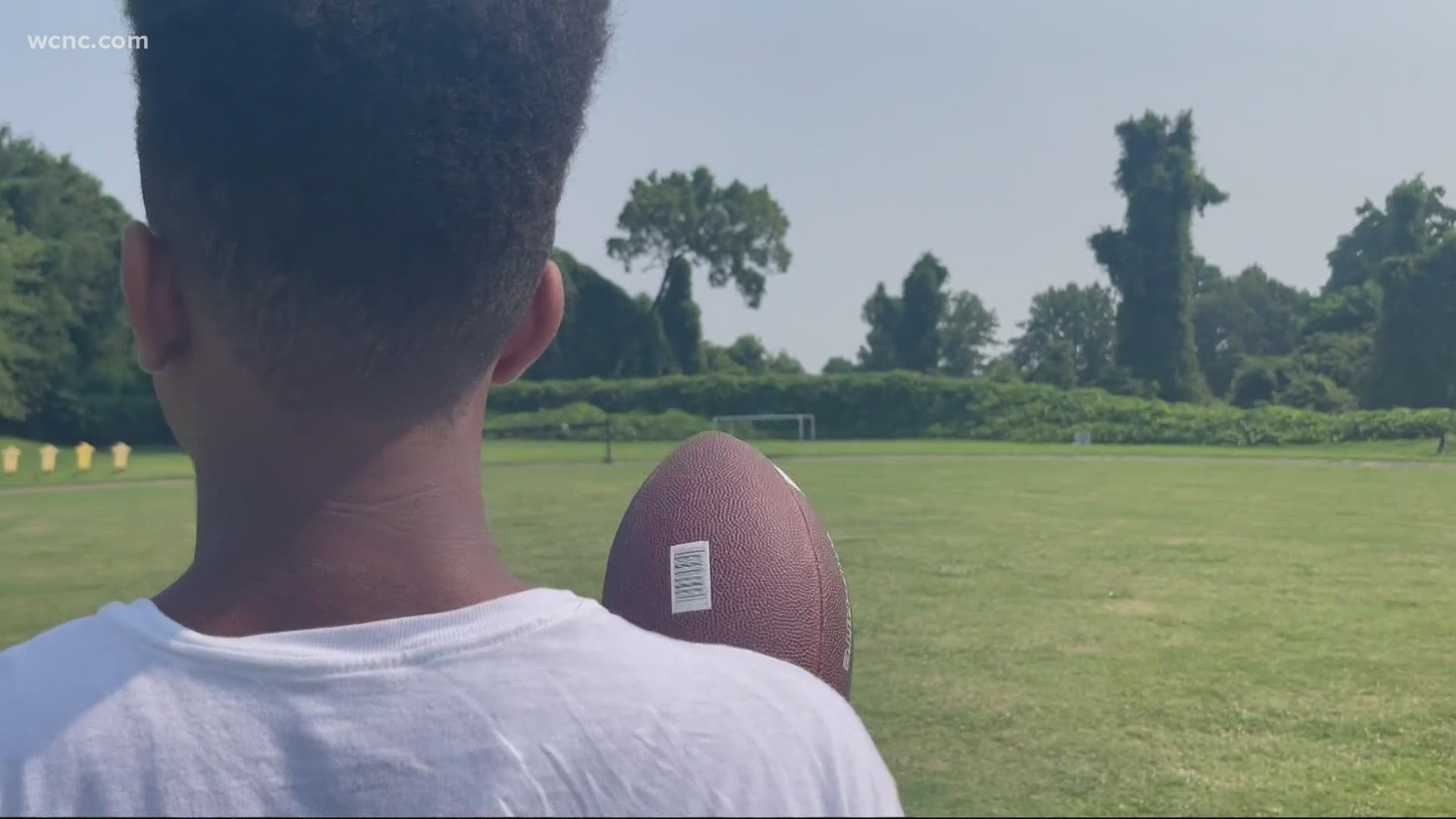 CHARLOTTE, N.C. — Charlotte's Impact Camp is finally getting back to its purpose.

“What we do is we invest in our greatest resource which is our children," Impact Camp co-founder Shawn Kennedy said.

For the last five years, Shawn Kennedy and several partners with the Meck Investment Company have been using Impact Camp to make a difference in boys' lives ages 8 to 13 through sports.

“That’s where we feel boys have a voice at that age, and also that’s before they are too far gone sometimes at 14 and 15, boys have already made up their mind on what direction they want to go to," Kennedy said.

This year’s host is Johnson C. Smith University, where the basketball players at this historically Black college teach the boys skills on and off the court by exposing them to what it's like to go to college.

“Primarily our camp is made up of inner-city boys, brown and Black," Kennedy said.

RELATED: 'It's through education, it's through deep listening' | University students working with faith communities to spread vaccine information

Representatives from the Charlotte-Mecklenburg Police Department, NASCAR, construction companies, and the military help expose them to different career paths if sports is not the direction they want to go.

“We got the Northside Hurricanes out here working with the kids on football skills and play dodgeball and kickball," Kennedy said.

Kennedy also said that while fun plays a huge part within the camp's mission, the goal is to also instill hope and exposure for their futures.

“A lot of young men that come in here don’t have a lot of hope they see things in the community that shows them there’s only so much they can do, and that’s why they go in that direction. We show them they can do anything they want to be. You just have to work hard and we will help you." Kennedy said.