Taran Richardson is an Indy teen, athlete and salutatorian who had to make the tough choice of attending one of 65 colleges he was accepted to. 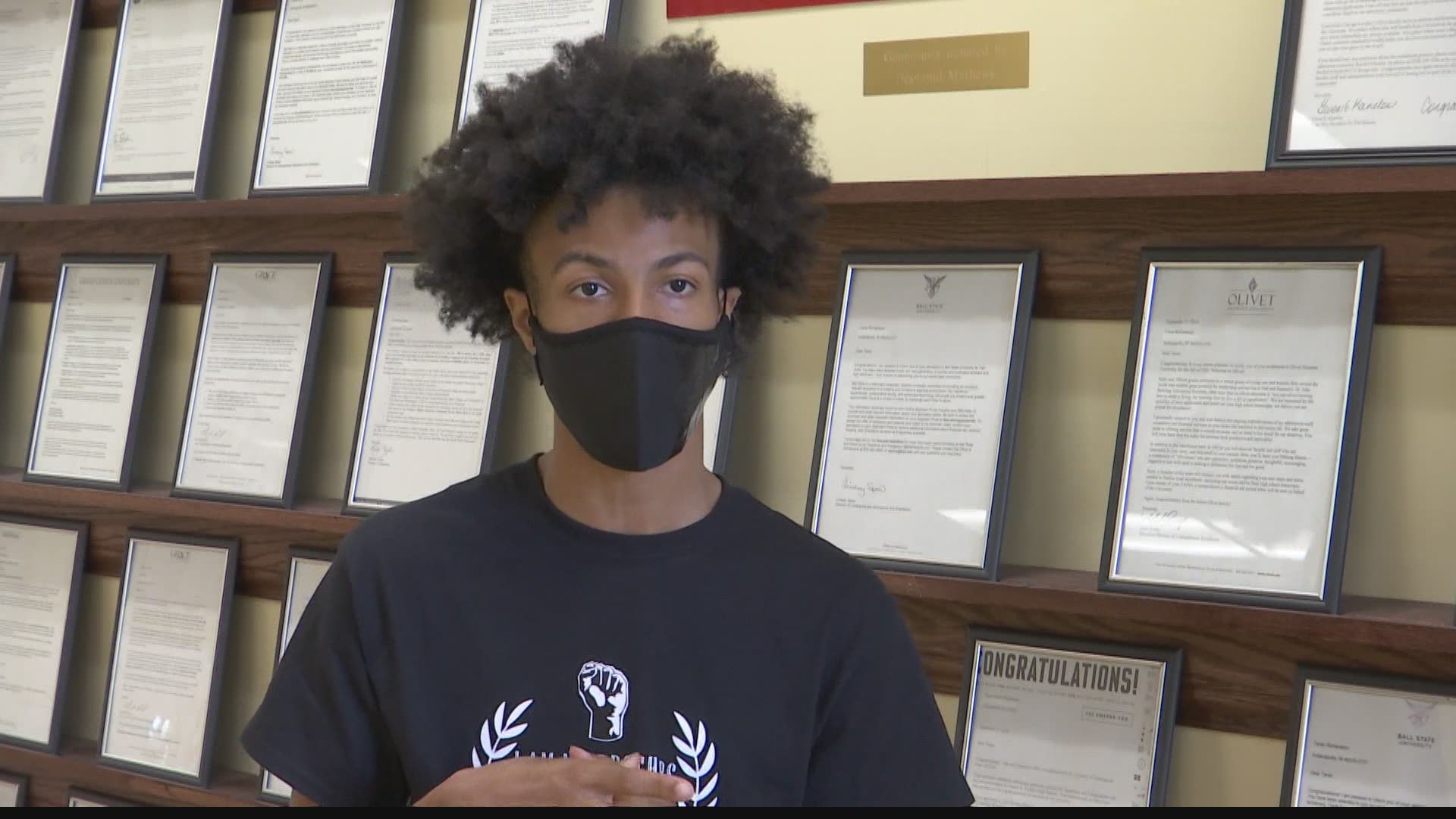 INDIANAPOLIS — For many high schoolers, getting a college acceptance letter is one of the highlights of their senior year. Indy teen Taran Richardson got to experience it 65 times.

“I wanted to have that good stress, having too many options rather than losing the option I wanted the most and not knowing where I wanted to go next,“  Richardson said.

Richardson is a graduate of Charles A. Tindley Accelerated School. He played four sports and was the salutatorian of his senior class. He's an Eagle Scout and also an advocate against gun violence. And he did all that while working a job, too.

Now, Richardson will study astrophysics at Howard University. Due to COVID-19, he's unable to get the experience of being on campus, but that hasn't stopped him from seeing the positive in the situation.

"You just got to keep looking toward what the better is," Richardson told NBC News. "You know, things will get better, you have to hold out hope."

Although many college freshmen won't have the normal campus experience this year, Richardson had a word of advice for staying motivated.

There were some colleges he wasn't accepted to. 13News asked him what happened there.

“I didn’t do the application fee and they didn’t have fee waivers or anything, so I didn’t finish them (the applications),” Richardson said.

It's easy to see Richardson has a bright future ahead of him and is already planning what he'll do after graduating.

“Career-wise, I want to work for NASA as an astrophysicist for at least half a decade or full decade and then branch off and create my own business of science and technology,” Richardson said.