Is gas really $9.99 in NC? Several gas stations have that price up on their signs.

But that price is literally a sign to customers that the station is unable to sell gas. It's not the price for a gallon of gas. 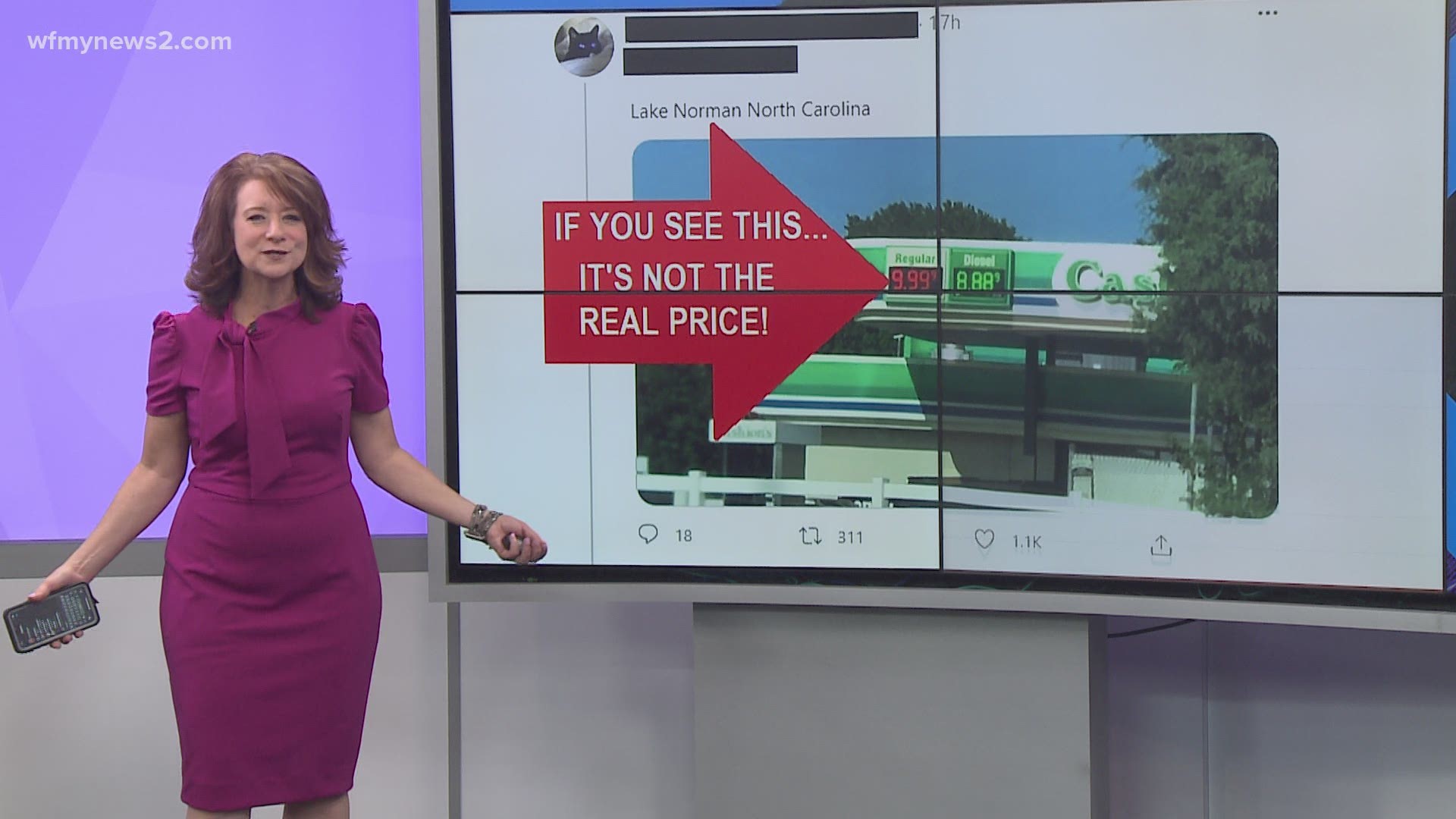 GREENSBORO, N.C. — You've seen the lines of people waiting for gas. You've seen the pumps bagged signaling the station is out of gas, but have you seen gas stations here in NC with signs for unleaded gas for $9.99 and diesel for $8.88?

No doubt, people saw this and thought how crazy our world is right now.

On Twitter, there was a picture of a Cashion’s Gas Station in Cornelius with these prices on their signs. 2WTK called and confirmed the station was not selling the gas for that amount but was using the sign as literally a sign for drivers to see and know there was no gas at the station

You might think, with all the gas issues going on why did they put up those prices and feed into the crazy? That kind of sign pricing is an industry-standard. The thinking is, no one would believe gas is really $9.99 and customers would know something is wrong and gas can't be pumped. But in this world, it’s not a stretch to think it COULD be for real.

So, if you see gas stations with signs like this, don't even let your mind go there,  just know it means you can't stop there for gas.

About the Price Gouging law

Under the law, businesses cannot unreasonably raise the price of goods or services to profit from a state of emergency. However, businesses and industries heavily impacted by the incident causing the state of emergency that have a reasonable need to increase prices in order to resupply should disclose the increases to allow people to make informed decisions, according to the state.

How to report a price gouging complaint?

You can report high gas prices or price gouging by calling 1-877-5-NO-SCAM or by filing a complaint with the NCDOJ’s office. The office will then review the complaints and possibly take action against a business.