Marcus Clark is a soldier in the Army National Guard who ran the Freedom Run 5K in honor of friends he’s lost in battle. 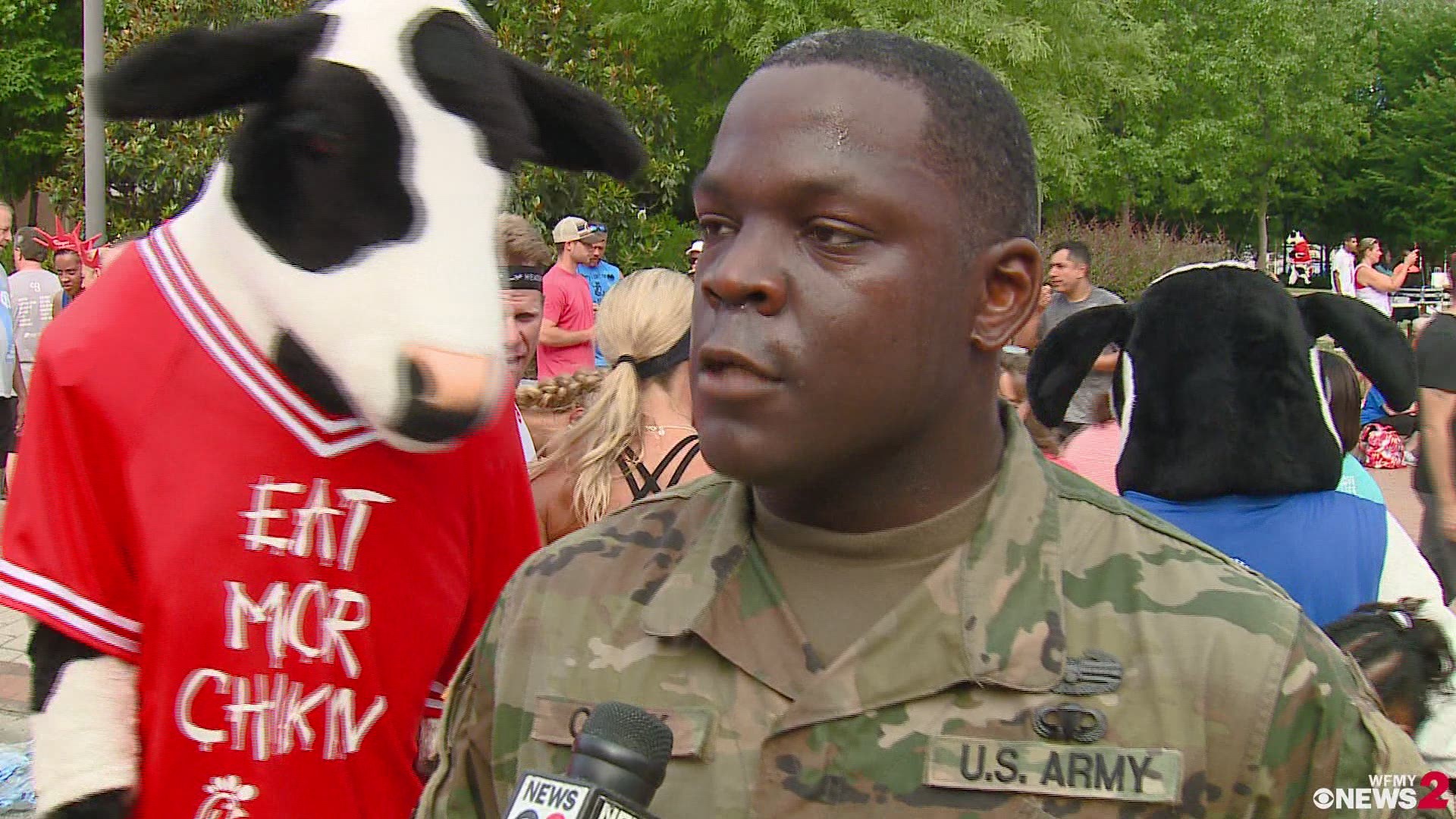 GREENSBORO, N.C. — The spirit of Independence Day was alive and well in a soldier who ran in Thursday's Freedom Run in Greensboro. Marcus Clark is a soldier in the Army National Guard who ran the Freedom Run 5K in honor of friends he’s lost in battle. Clark started the race holding the American flag. 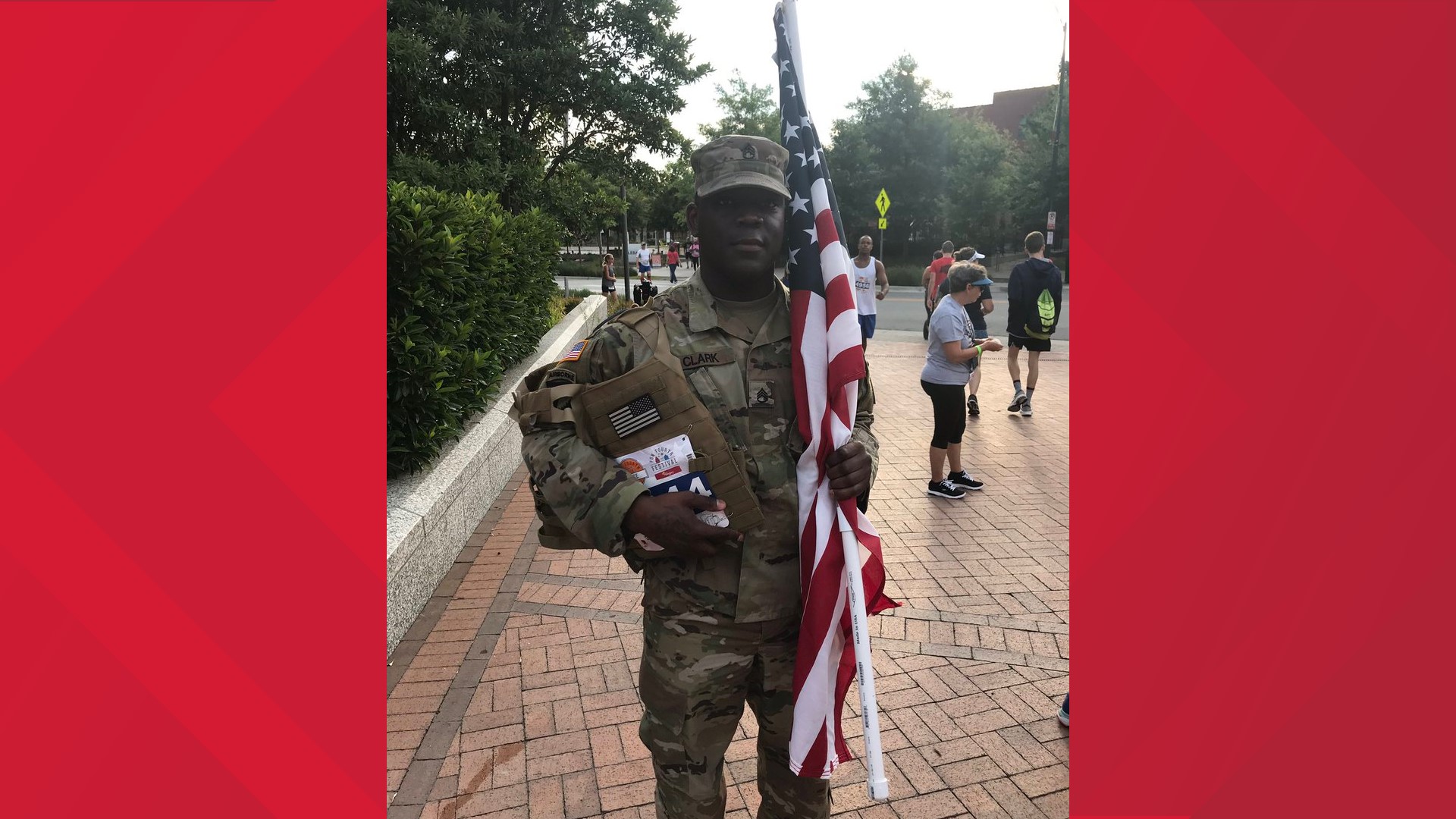 During the race, he says he got tired, but a few runners associated with Ainsley's Angels of America grabbed Old Glory and helped him finish. "I probably couldn’t have done it without them," he said. "They definitely were awesome motivation. Great people."

Clark, originally from New York, says he moved to Greensboro about 18 years ago. He carried the flag in honor of friends he's lost. It was his first race in a couple years.

Here's the moment Clark crosses the finish line with help from other runners.

"The program I worked in lost a few soldiers so I figured what better way to honor them and their memory," Clark said.

"I've known folks who've died for that flag. That to me represents all the soldiers who aren't here today."