Jacob Blake, Sr. drove more than 800 miles to be with his son, Jacob Blake, Jr. in Wisconsin. 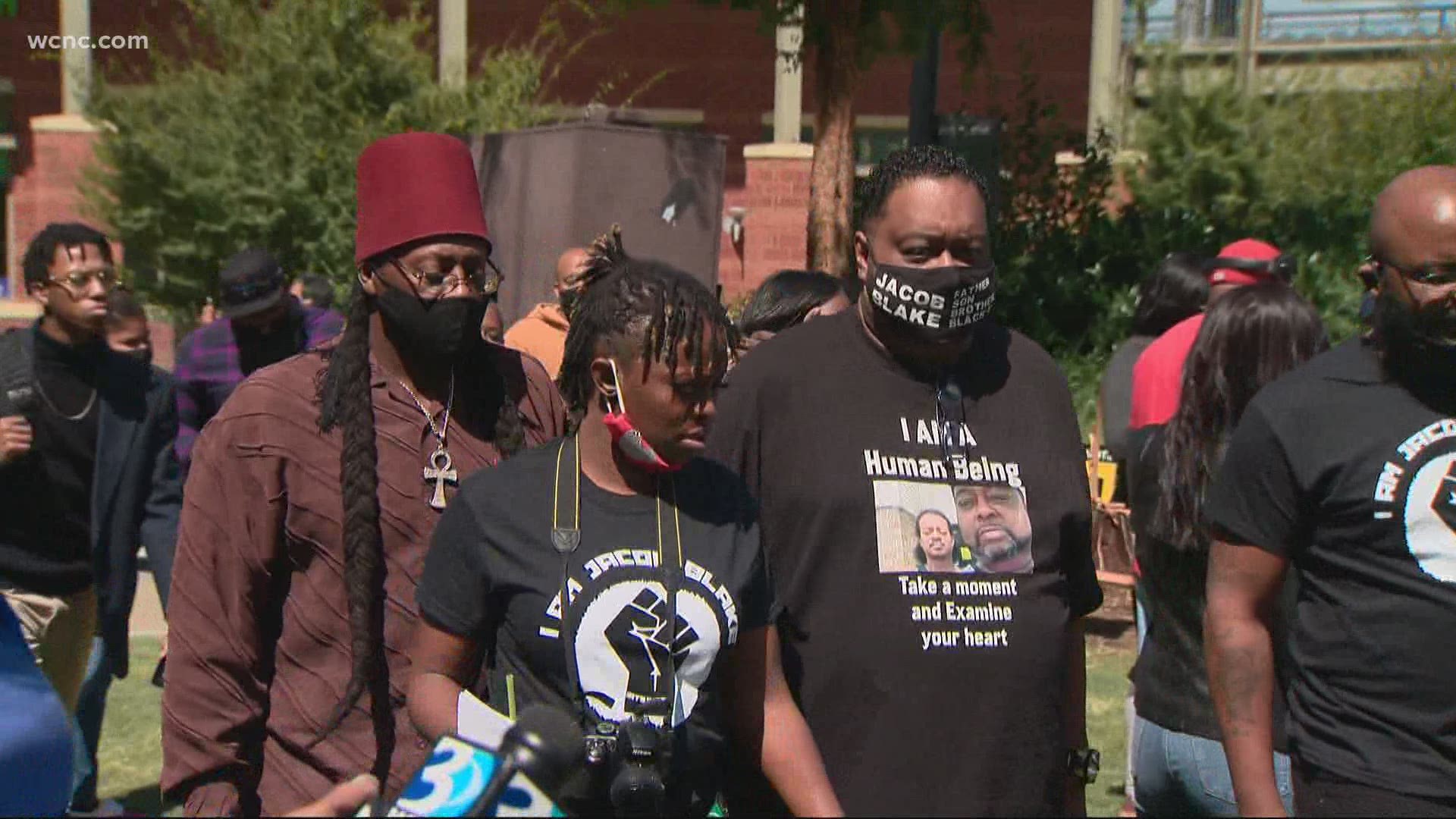 CHARLOTTE, N.C. — A peaceful rally is being held in uptown Sunday to honor Jacob Blake, Jr. A group gathered at Romare Bearden Park where Blake's father spoke, then marched to the 'Black Lives Matter' mural.

Jacob Blake, Sr.  drove more than 800 miles to be with his son, Jacob Blake, Jr. in Wisconsin.

“We’re here just so you understand how hard it is for me to even figure out why in 2020 I have to explain to you all that my son is a human being,” Blake Sr. said, “that we are human. We don’t expect anything else but justice. Why is that so hard for people to understand?”

The shooting of Blake happened back in August and was captured from across the street on the video. Kenosha police do not have body cameras but do have body microphones.

“This is not just a journey for one person,” Blake Sr. said. “This is a journey for brown people who are more likely to be harmed.”

RELATED: Jacob Blake speaks out directly to the public for first time since police shooting

In the footage, Blake walks from the sidewalk around the front of his SUV to his driver-side door as officers follow him with their guns pointed and shout at him. As Blake opens the door and leans into the SUV, an officer grabs his shirt from behind and opens fire while Blake has his back turned.

The family attorney for the 29-year-old said Tuesday he is paralyzed and it would “take a miracle” for him to walk again.

Group of a couple hundred are marching from Romare Bearden Park to the #BLM mural. Family of Jacob Blake Jr are leading the way. @wcnc pic.twitter.com/n9pI9HJL4M