Janice Covington Allison, one of the most well-known transgender rights activists in Charlotte since the 1980s, died after a longtime illness. 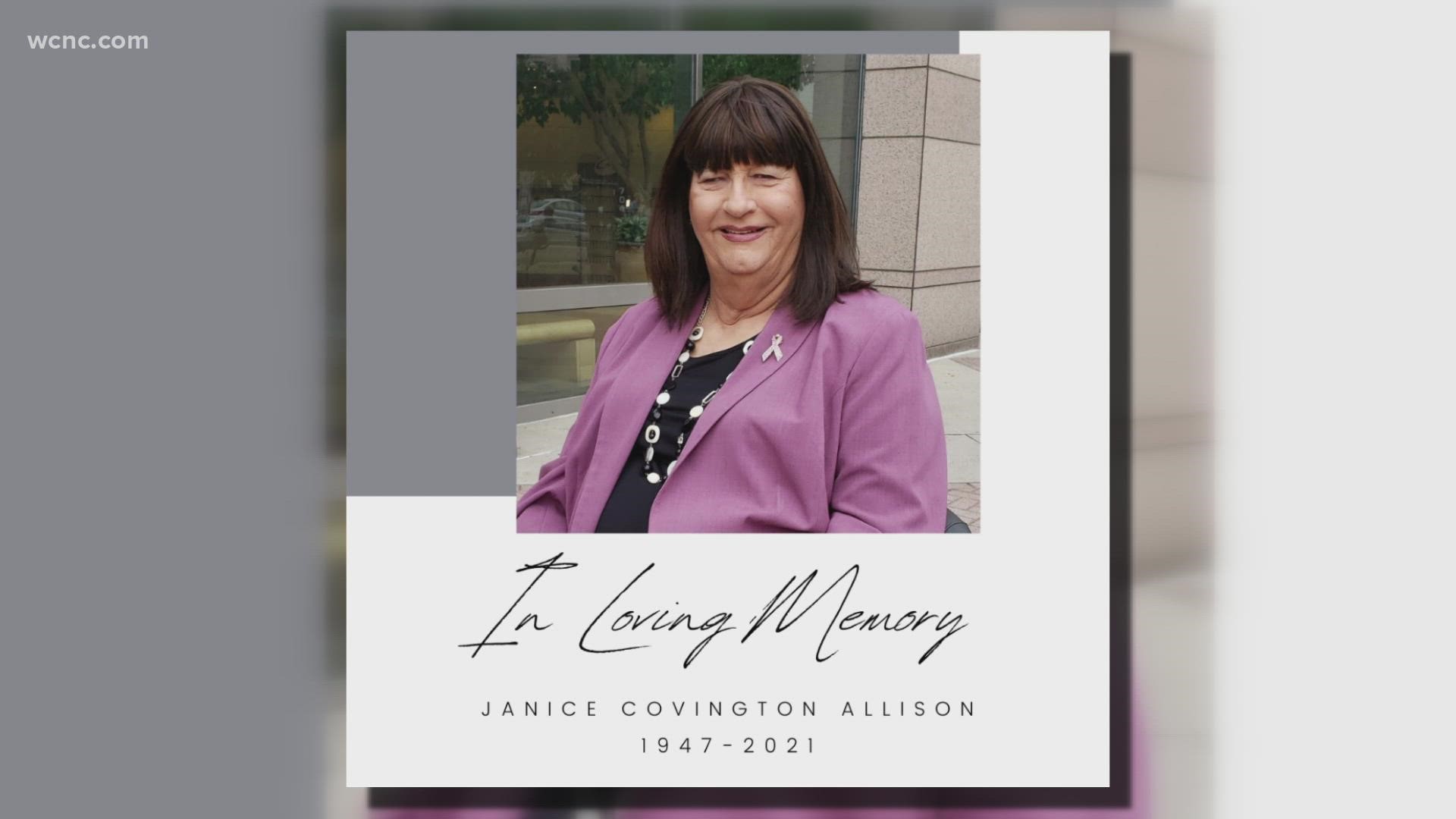 CHARLOTTE, N.C. — Janice Covington Allison, one of the most well-known trans rights activists in Charlotte, died this weekend following a battle with a longtime illness.

Covington, 74, spent decades working for transgender rights and was arguably the most prominent trans rights advocate in Charlotte dating back to the early 1980s. Covington also appeared on the national stage in 2012, becoming the first openly transgender woman from North Carolina to serve as a delegate at the Democratic National Convention in Charlotte.

"It's important to my community," Covington said at the time. "We've always been left off the bus. Transgenders have always been the redheaded stepchildren."

Covington was one of the most vocal critics of House Bill 2, which became known as the "bathroom bill" in North Carolina. She was a VIP guest at a rally for Hillary Clinton in 2016, alongside former President Barack Obama.

Charlotte Pride joins the Carolinas LGBT+ Chamber and the rest of our community in mourning the passing of Janice...

Covington, who served in the U.S. military in the 1960s, founded TransCarolina in the early 2000s. The group addressed workplace rights and served as a social group for transgender individuals.

"She could light up a room with her smile, and fight like hell for justice when she saw a need," wrote September McCrady. "Janice deserves to be honored and to rest in peace in dignity."

"I'd like to see Janice remembered as a whole, embodied person who gave so much for our community," Minister Ray S. McKinnon told WCNC Charlotte. "She was full and she wasn't perfect, but she stood up and fought. We don't have to have pristine key roles and leaders to follow. We can take those as lessons in our lives and try to take all of it and not to try to parse it out but take the whole person."

A GoFundMe has been organized to help cover funeral expenses and other related costs for Covington's family. As of 2 p.m. Saturday, Oct. 2, more than $7,000 had been raised.