It marks the 11th straight day of demonstrations in Charlotte since George Floyd's death. 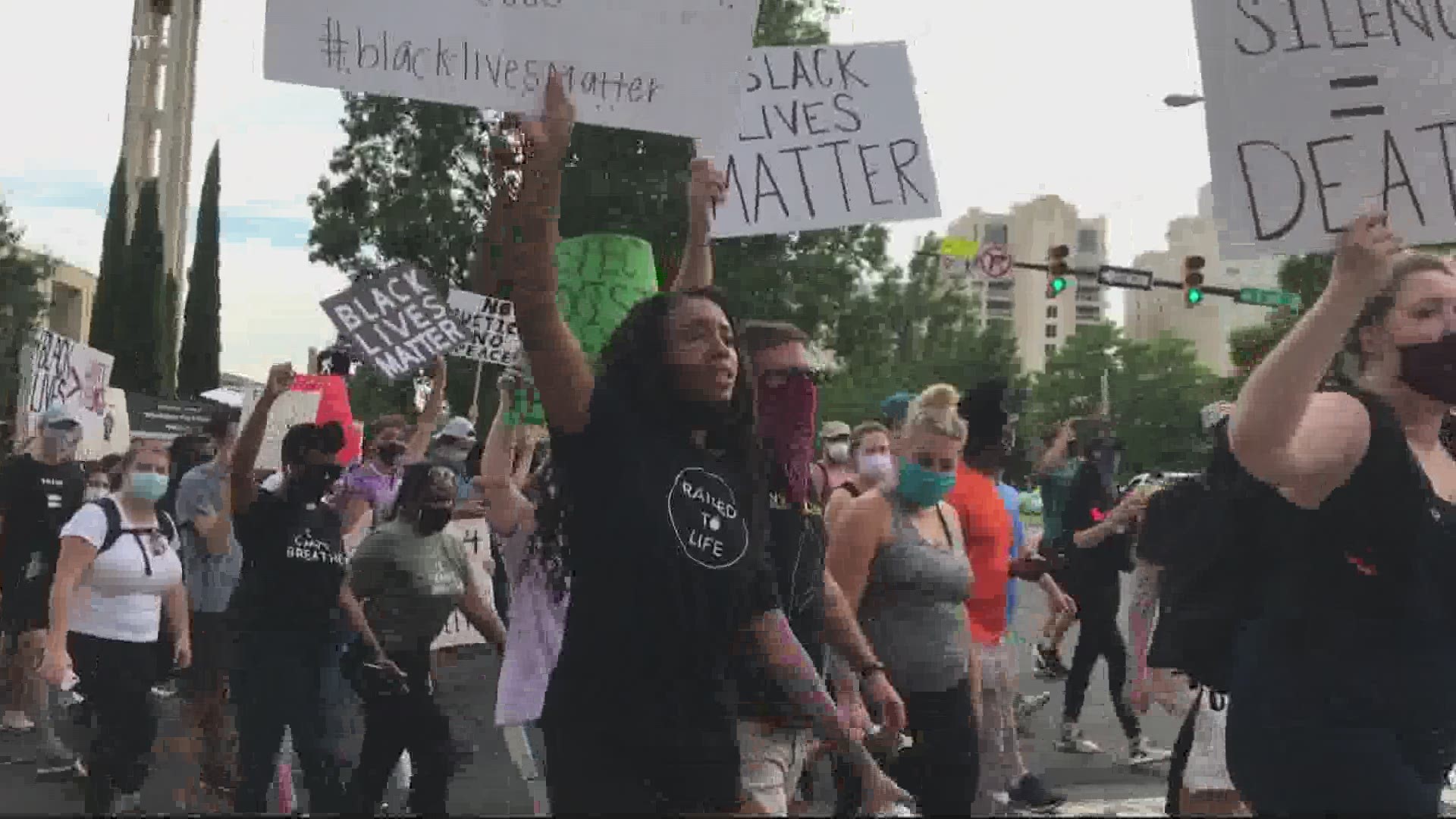 CHARLOTTE, N.C. — Two weeks since George Floyd died in the custody of Minneapolis Police, protesters have gathered in Charlotte for the 11th straight night of demonstrations.

The Charlotte-Mecklenburg Police Department shared a video on twitter around 5:30 p.m. showing CMPD Captain Brad Koch appears to be assaulted by protesters outside of the Government Center.

Other than the incident in front of the Government Center, protests and demonstrations in uptown Charlotte Monday have remained largely peaceful.

What follows are updates from protests in Charlotte on Monday, June 8.

The demonstrations came to an end with a unified crowd that filled Marshall Park in uptown Charlotte.

The massive, peaceful, group was one of the largest crowds seen in Charlotte since protests started across the city more than a week ago.

“I’m seeing more people turning around and saying I may have been wrong about an opening up an ear and I feel like that’s the start of something big,” protester Phil Barker said.

A growing crowd has made its way to the front steps of the Charlotte-Mecklenburg Police Department headquarters.

The group, facing the CMPD headquarters, raised their fists as they read out names of those who have died at the hands of police across the country.

Another group of protesters is marching in uptown Charlotte, on East 4th Street, to meet the group that had gathered outside the government center.

Protesters, carrying signs and chanting "this is what democracy looks like," were led by at least two cars.

"Racism is a public health emergency just like the pandemic was," Keren Eyal, a protester, told WCNC Charlotte's Briana Harper.

Shortly after the incident with Captain Brad Koch, a group of officers on bicycles made an arrest outside the courthouse.

CMPD has not yet said what charges the protester arrested might face. Officials confirmed, though, that Captain Koch was not hurt in the scuffle.

It marks the second time in 24 hours that Captain Koch was involved in an incident with protesters.

“I personally would like to see more openness between police officers and the public," Phil Barker, a protester, said.

RELATED: 'This hate will never win' | Someone paints over 'Black Lives Matter' message on rock outside Ardrey Kell