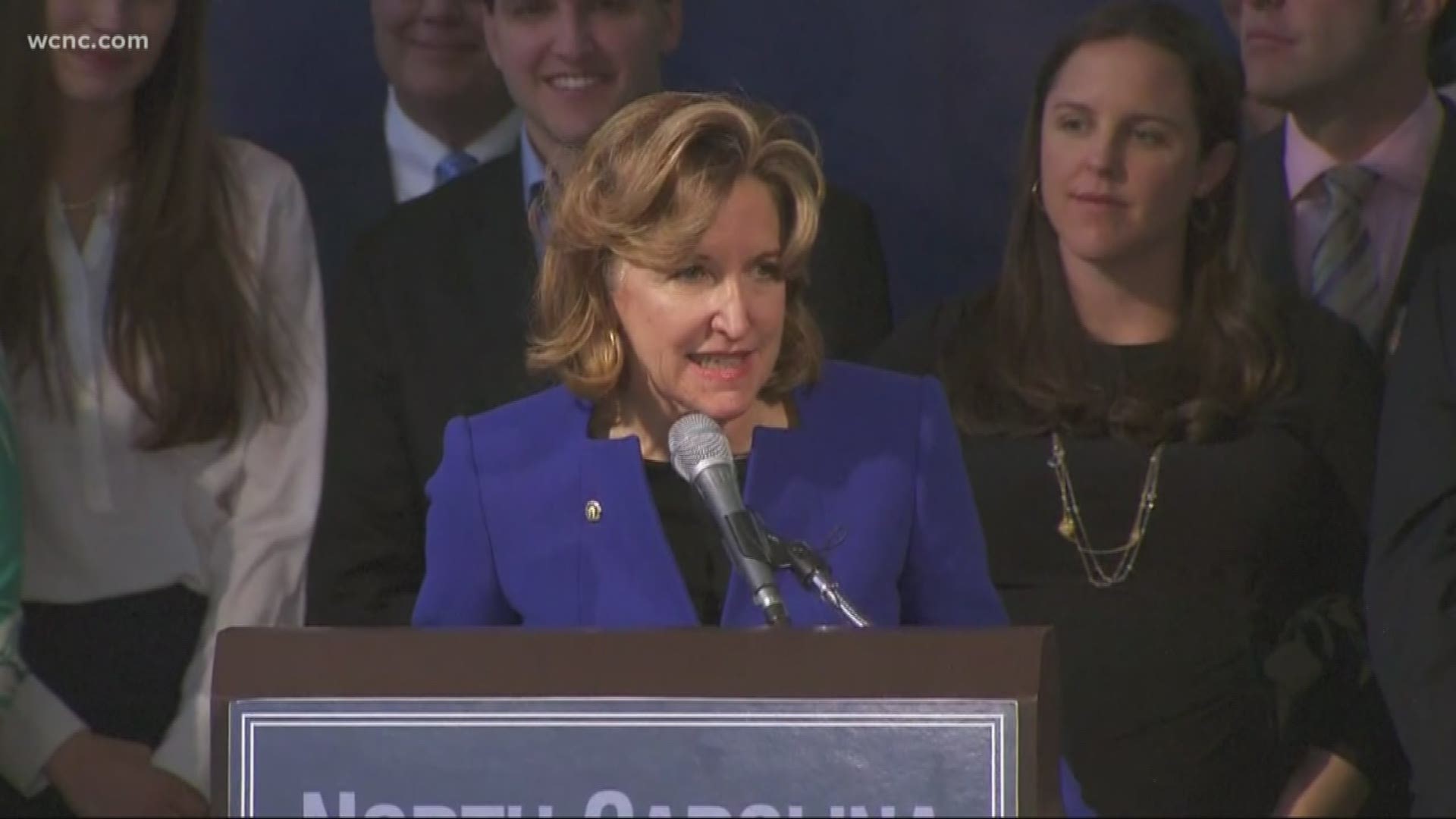 "She was substantive, head down, hard work. no grand stander. no sharp elbows. laboring to elevate the voices that had no lobbiests," McCaskill said. "Fierce intellance, and a doggedness that was discussed by her good manners. underestimated constantly, she fought back with determination and a spine of steal. "

Hagan died at her home in Greensboro of encephalitis, or brain inflammation, caused by a rare virus spread from ticks to humans, said her former Senate spokeswoman, Sadie Weiner. Hagan contracted the Powassan virus in late 2016, and the subsequent brain inflammation made speaking and walking difficult for her.

"Kay was a spark plug, just no other way to describe it," Governor Roy Cooper said. "You could spend one day, one hour, one minute with Kay. Didn't matter. You'd see right away her strengths, her smarts, her commitment to public service."

"Mom either knew or made it a point to know everyone everywhere she went. I always felt bad for whoever on mom's staff was in charge of an event. she couldn't leave without saying goodbye to every person there. She wanted everyone there to know they were special to her," he said.

Hagan was born in Shelby, North Carolina, on May 26, 1953. She spent most of her childhood in Lakeland, Florida, where she worked on the mayoral campaigns of her father, Joe Ruthven. She also helped campaign for her maternal uncle, former Florida governor and U.S. Sen. Lawton Chiles. She earned her undergraduate degree from Florida State University in 1975, then earned a law degree from Wake Forest University three years later.

1 / 10
AP
State Senator Kay Hagan, who is running for the Democratic nomination for U.S. Senate in North Carolina, prepares to speak to the Democratic Women of Cabarrus County breakfast in Concord, N.C. on Saturday, Jan. 12, 2008.

For 10 years, Hagan worked for NationsBank, which was to become Bank of America, where she became a vice president in the estates and trust division. After being a stay-at-home mother, Hagan launched her own political career and won a seat as a Democrat in the North Carolina state Senate in 1998.

Though initially reluctant, Hagan backed the Affordable Care Act pushed by Obama. She also worked to limit payday lending, continuing the effort she began as a state senator.