The attorney of the family of Keith Lamont Scott released a statement after viewing the CMPD video of the shooting incident from Tuesday afternoon. 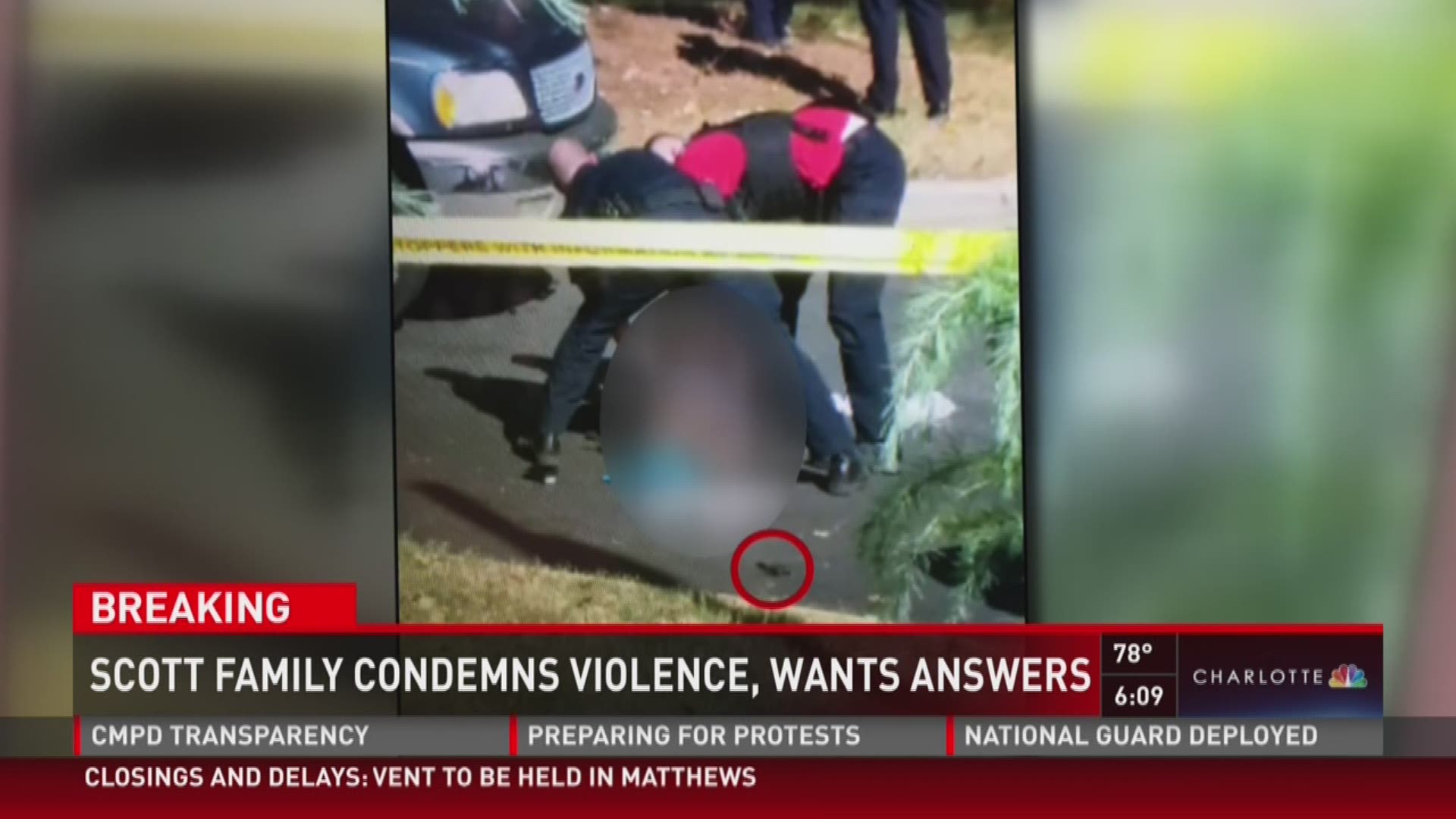 CHARLOTTE, N.C. – Justin Bamberg, the attorney of the family of Keith Lamont Scott released a statement after viewing the CMPD videos of the shooting incident from Tuesday afternoon.

After watching the videos, the family again has more questions than answers.

When told by police to exit his vehicle, Mr. Scott did so in a very calm, non-aggressive manner.

While police did give him several commands, he did not aggressively approach them or raise his hands at members of law enforcement at any time.

It is impossible to discern from the videos what, if anything, Mr. Scott is holding in his hands.

When he was shot and killed, Mr. Scott's hands were by his side and he was slowly walking backwards.

It was incredibly difficult for members of the Scott family to view these videos, but as a matter of the greater good and transparency, the Scott family asks that the Charlotte-Mecklenburg Police Department publicly immediately release both of the videos they watched today.

We will continue our own investigation into Mr. Scott's death. For those who wish to protest, we urge you to do so peacefully.