Attorneys representing the family of Keith Lamont Scott said Scott’s wife was there when he was shot and killed Tuesday afternoon by a Charlotte-Mecklenburg police officer. 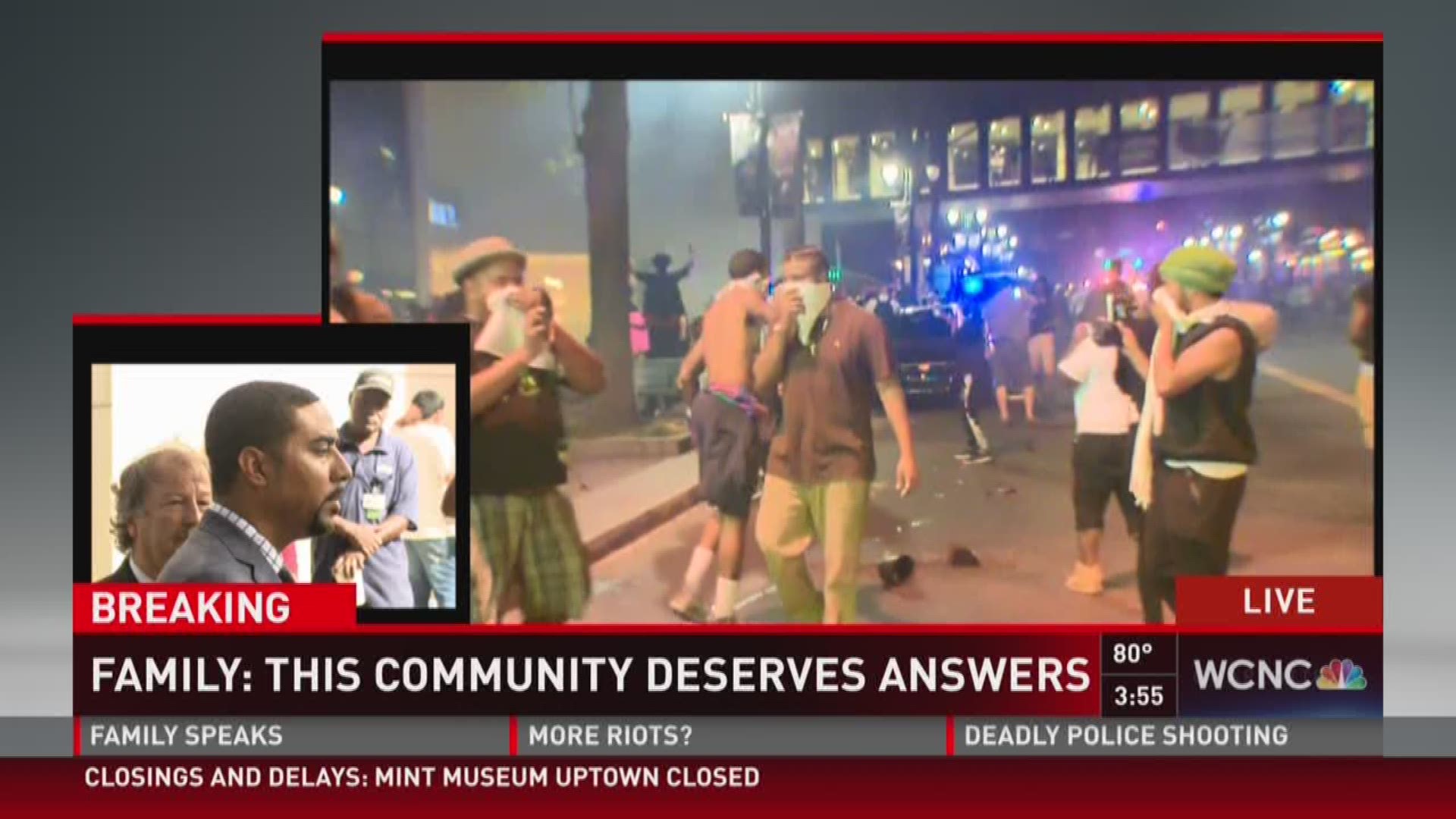 CHARLOTTE, N.C. – Attorneys representing the family of Keith Lamont Scott said Scott’s wife was there when he was shot and killed Tuesday afternoon by a Charlotte-Mecklenburg police officer.

“Yes, it’s my understanding that his wife saw him get shot and killed and that’s something she will never, ever forget,” said Justin Bamberg, one of the Scott family’s attorneys.

Bamberg said the family had every intention to speak at the press conference Thursday afternoon outside the Mecklenburg County courthouse, but were unable to do so as they are still grieving the loss of their loved one.

"This man was loved by his family and he loves his family," Bamberg said. "He was married for 20 years and has seven children. They have a big family and close knit family."

Bamberg said that the family requested to see Charlotte-Mecklenburg Police’s dash cam footage of the shooting. 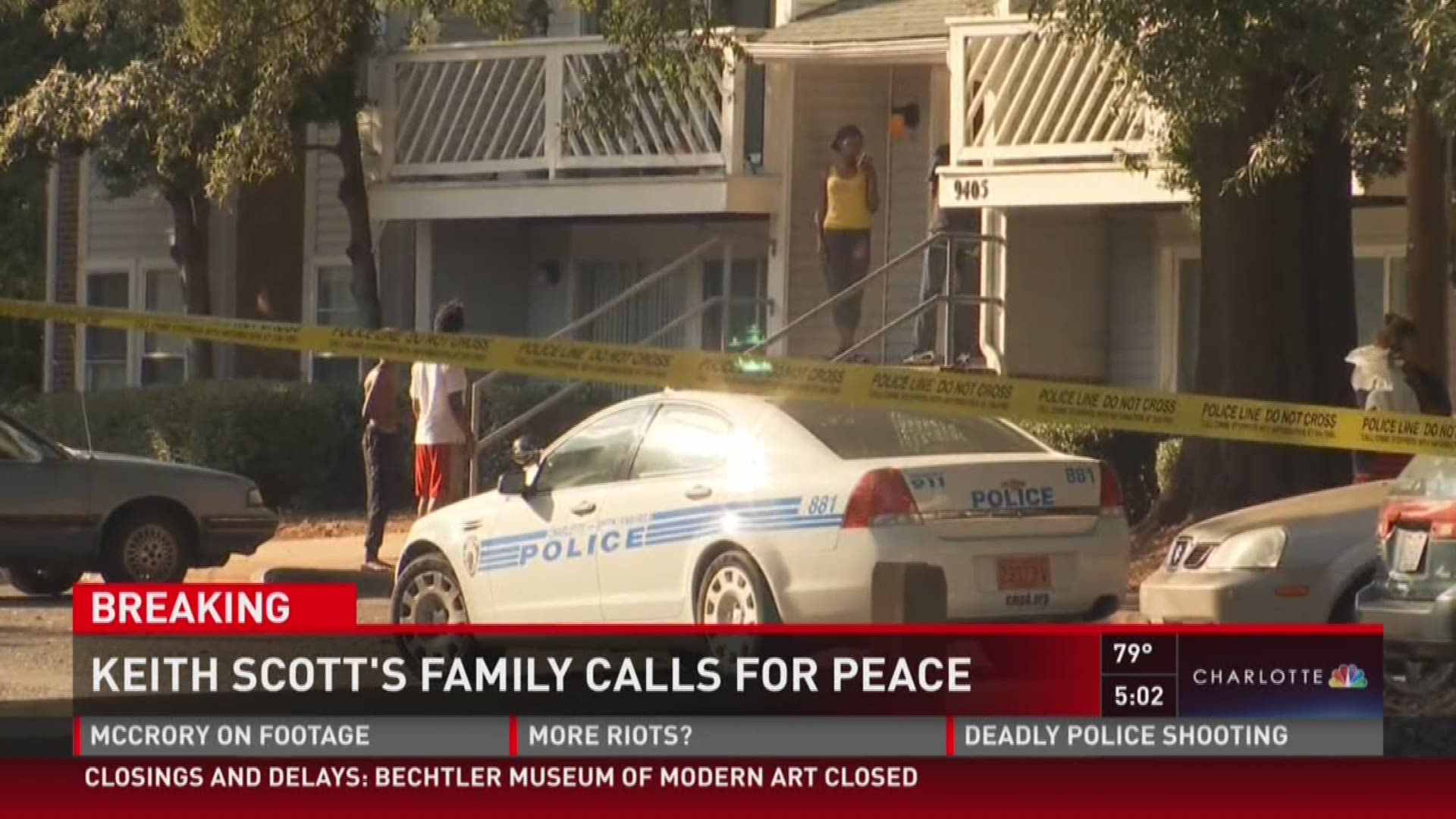 “When we look at what happened to Mr. Scott and what has happened around the country with individuals being shot down by law enforcement, we can’t talk about those incidents in isolation because we have to look at the root problem,” Bamberg said.

1 / 70
<p>CHARLOTTE, NC - SEPTEMBER 21: A demonstrator reacts as residents and activists protest the death of Keith Scott September 21, 2016 in Charlotte, North Carolina. Scott, who was black, was shot and killed at an apartment complex near UNC Charlotte by police officers, who say they warned Scott to drop a gun he was allegedly holding. (Photo by Brian Blanco/Getty Images)</p>

Eyewitness accounts of Scott’s shooting are conflicting, with some people saying he was holding a book while he was shot, while CMPD Chief Putney says Scott was holding a gun during the incident.

“The individuals who saw this maintain that they saw him holding a book. There are other witnesses who say he didn’t have anything, and there are law enforcement who say he had a gun,” Bamberg explained. “Everybody has different viewpoints. Our goal is to get down to the truth and make sure that all the facts come out.”

Bamberg said he has not seen any evidence that would indicate a gun was present at the scene of the shooting.

"We are still looking into the facts," Bamberg said. "My understanding from speaking with the family is that he didn't have a gun and didn't carry one."

A witness photo obtained by NBC Charlotte Wednesday was confirmed by a police source to show the weapon in question at Scott’s feet at the scene.

“I haven’t seen any evidence, none of you all have seen any evidence that a gun was there,” Bamberg said, acknowledging he had seen the photo that has been making social media rounds. He said he didn't know the origin of the photo and it would be irresponsible of him to speak about it.

After peaceful protests quickly turned into violent riots in uptown Wednesday night, Bamberg said the family is asking protesters to remain calm and to stop the rioting. The family also released a statement Wednesday evening, urging protests to stay peaceful.

“Let me make this very clear, this family does not agree with rioting or innocent individuals being injured or killed,” Bamberg said. “But they do support citizens and their right to voice their frustrations and their anger.

“In this country, we do have a problem and it has to be talked about. Many people feel they are inhuman until they are proven to be human, that is the underlying problem. I ask for calm, we [the Scott family] ask for calm here in Charlotte. We don’t want to see people getting hurt. We want you to voice your opinion, but we don’t want you to get hurt or killed. Feel free to speak up against the things you see as injustice, feel free to do that because that is your right. But do it the right way.”

Governor Pat McCrory declared a State of Emergency Wednesday night after the riots broke out and sent in the North Carolina National Guard and state highway patrol to assist local authorities in maintaining peace.

When asked if the video of the shooting being released would ease tensions, Bamberg said protesters shouldn’t lose sight of the fact that the family is still trying to come to terms with their loss.

“We’ve seen videos leaked online about individuals losing their lives before the family has the opportunity to sometimes even find out,” Bamberg said. “This is traumatic. We have become desensitized to the killing of citizens in this country. We have to be mindful of the feelings of the loved ones of the people who have died before we rally to say, ‘make the video public.’”

Charles Monnett, another attorney representing the family, said that everyone in the community is seeking the truth. He also said police videos don’t always provide the open-shut information expected.

“Ultimately, I think what the whole community wants is the truth,” Monnett said. “I think that the family will ultimately supports its [the video] release. These videos don’t always hold all the answers and everyone needs to reserve judgment until we have all of the facts.”

Bamberg said Scott was involved in a very serious accident a year ago and suffered bodily injuries and head trauma.

"I haven't looked at his medical records, but at the end of the day he was disabled," Bamberg said. 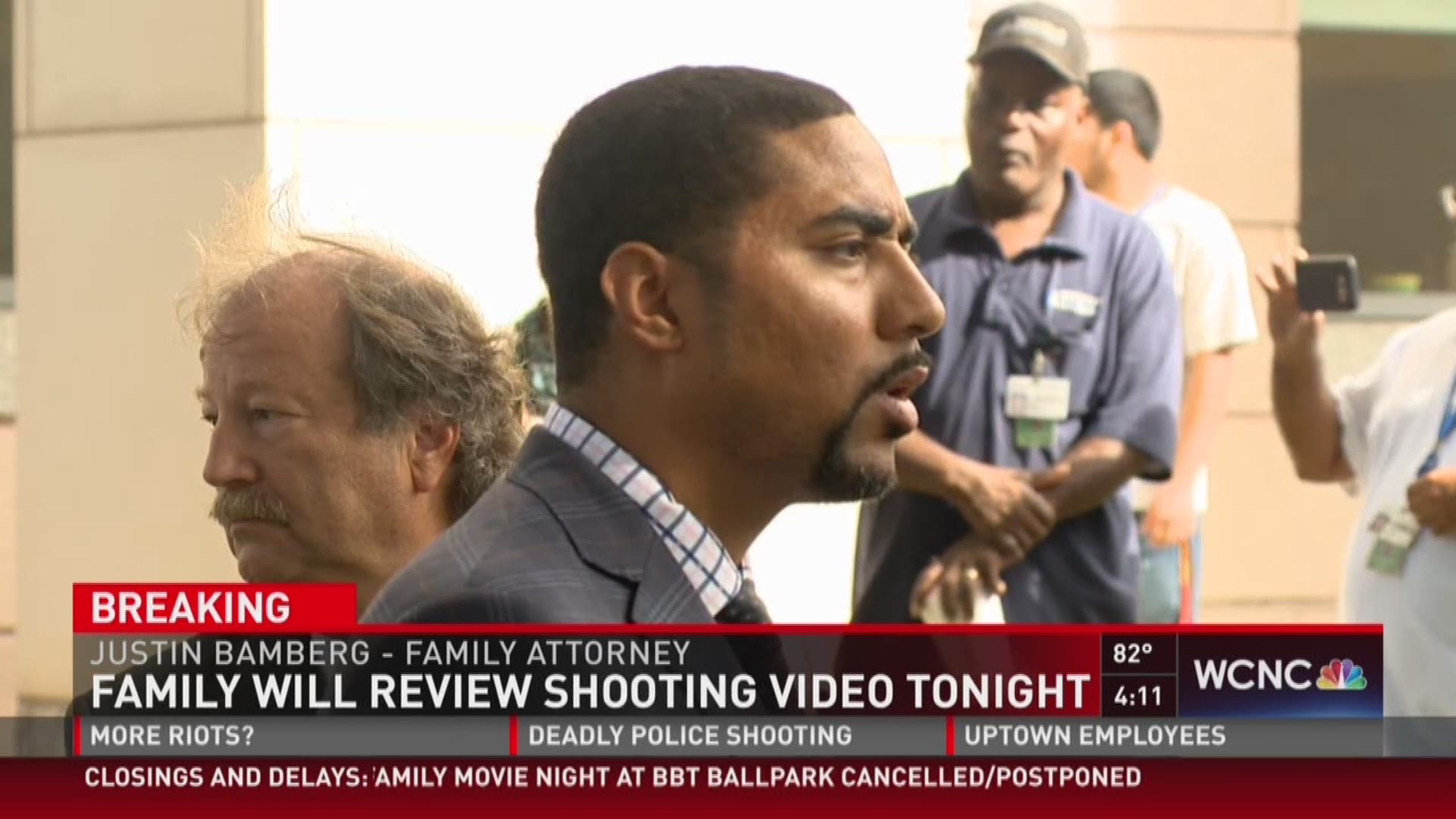