After 85 days in the hospital, NC man recovers from COVID-19

Doctors said he had a one-in-five chance of living, according to Leigh Thompson. They are calling his recovery a 'miracle.' 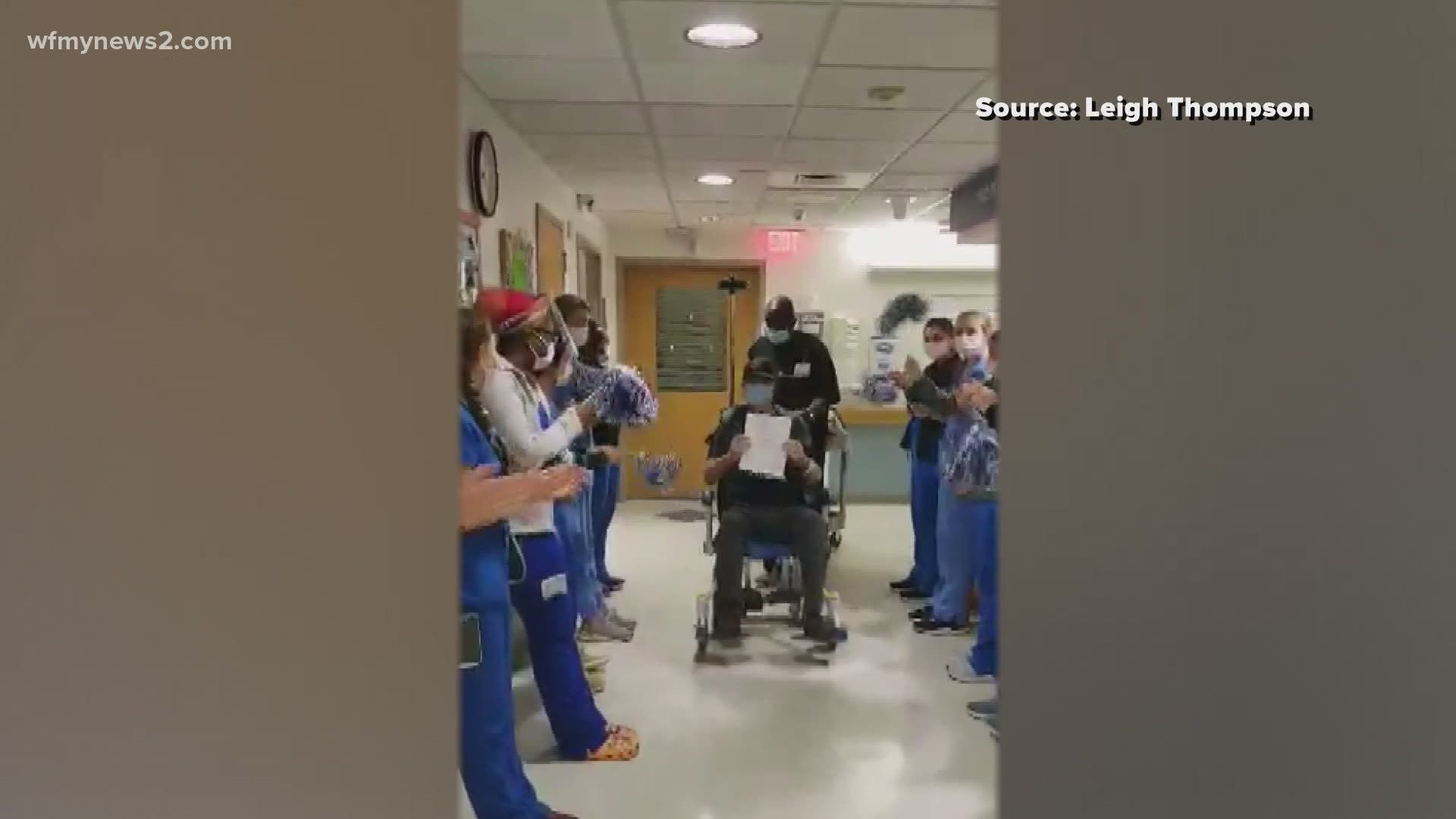 KERNERSVILLE, N.C. — Leigh Thompson, of Kernersville, said her husband Sam Thompson was recently released from Duke University Hospital after a total of 85 days of medical treatment.

Leigh said 64 of those days were spent in the Intensive Care Unit.

RELATED: 'We couldn't give up on God' | Woman leaves hospital after months-long battle with coronavirus suffering multiple strokes, cardiac arrest

Sam was on a ventilator at one point and Extracorporeal Membrane Oxygenation machine— another form of life support— throughout his treatment.

"He was placed on ECMO which is like a third lung," Leigh Thompson explained.

With COVID-19 visitation restrictions in place, she couldn't see her husband in-person until Aug. 11.

"It was really difficult, and he went 58 days without speaking," she said.

Sam Thompson believes he caught the virus on the road because he's a truck driver.

Leigh Thompson said doctors told her he had a one-in-five chance of living. They are calling his recovery a 'miracle.'

"I had many doctors tell me I'm a walking miracle," Sam Thompson said.

"It does take the breath out of you when you hear your spouse is not doing so well and might not make it," Leigh Thompson said. "I feel so blessed that he's here."

He left Duke on Oct. 14 in a wheelchair with his medical team cheering him on!

"I think there's a message of hope here," Sam Thompson said. "Be courageous, don’t give up. I get stronger every day."

He said he still has some lung and nerve damage, but doctors are hopeful it won't be permanent.