KKK flyer left on Statesville woman's doorstep: 'We have been fighting too hard to let this type of hate come to our doorstep'

Genesis Houpe received one of the notes and said the message fueled her fight to make sure the city’s Confederate monument is finally removed. 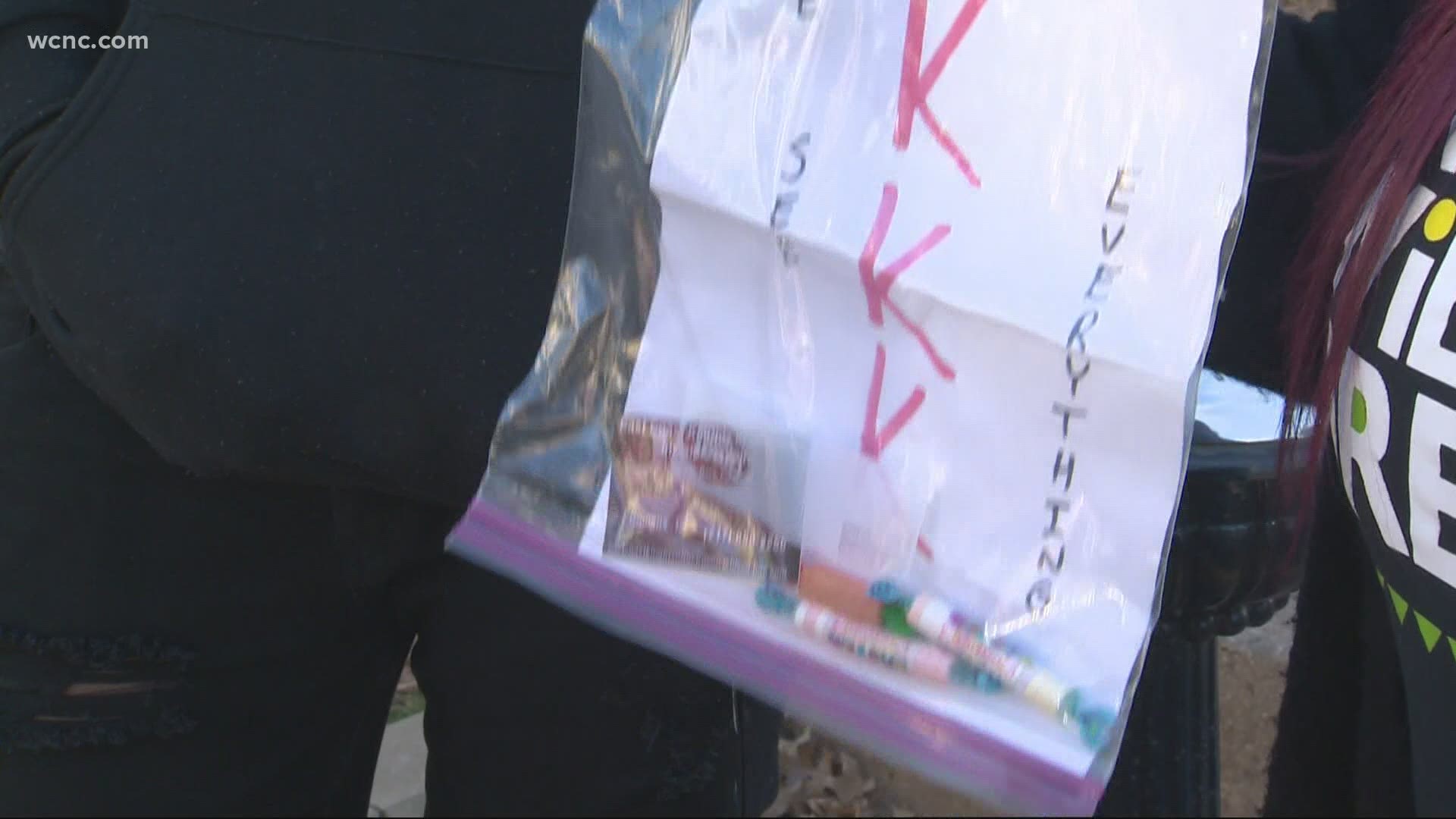 STATESVILLE, N.C. — Over the weekend, some Statesville residents received a concerning delivery to their doorsteps — a note presumably from the KKK.

Inside a large plastic bag was a message with the letters “KKK” written in big, red letters along with the words “We See Everything”, pieces of candy, and a small KKK recruitment card included.

Genesis Houpe says she is just one of several people who received the delivery, and her 11-year-old son was the first to discover it.

“He knows what the KKK is so he was afraid," Houpe said. “He wanted to know if we should move or what we needed to do because he was really upset.”

In addition to being upset, Houpe says she was angry.

“We have been fighting too hard to let this type of hate come to our doorstep," Houpe said.

The petition received nearly 2,500 signatures of support. Last week the Iredell County Commissioners voted 4-1 to relocate the memorial, but the county still needs the funding to make that move happen.

“Some people say I’ve never even noticed it. It’s a statue — it can’t hurt you,” Houpe said. “ But the representation -- you’re celebrating a lost cause and I don’t appreciate it.”

She said receiving the KKK flyer added fuel to her fight and her mission to be heard that much more.

“Just know, no longer do they put the chains now on our bodies, they put them on our minds so it’s time for us to free our minds and truly free ourselves,” Houpe said. “We’re not done fighting.”

The Iredell County Sheriff’s Office and Statesville Police say they are aware of the KKK flyers and looking into these incidents.