Crews find body of missing boater out on Lake Norman

According to officials, he was found Saturday morning, sometime around 9 a.m. and 10 a.m. 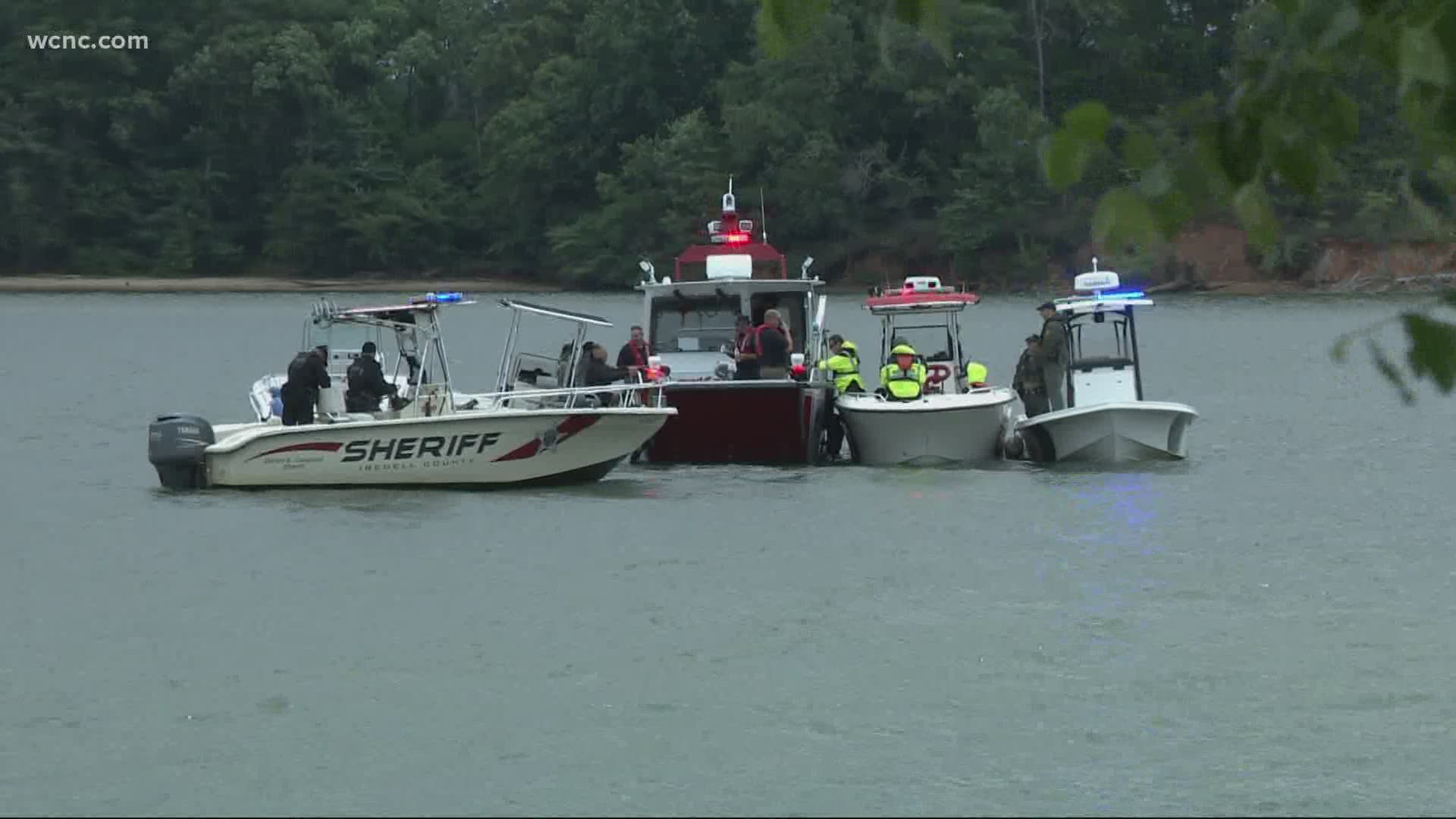 LAKE NORMAN OF CATAWBA, N.C. — North Carolina Wildlife confirms the body of the missing boater out on Lake Norman has been found.

According to officials, he was found Saturday morning, sometime around 9 a.m. and 10 a.m.

North Carolina Wildlife officials said the man, in his 20s, dived off a rental boat around 2 p.m. Sunday and didn't resurface. Deputies from Iredell County, as well as North Carolina Fish and Wildlife, had been on the lake since Monday morning after spending hours on the waters using SONAR equipment to find the boater's body.

"There were 20 people on the boat before the man jumped in the water," said Matthew Lee of the North Carolina Wildlife Resources Commission. "He was not wearing a life jacket."

After the man failed to emerge from the water, another person jumped in trying to save him but they also struggled and required to be rescued, Lee explained.

"It's tragic", said Belinda Agustine, vacationing from Wilmington. "We saw them with someone on a gurney, it distressing, very distressing."

Agustine and her husband, Jerry, have been in the Lake Norman area for the week, she was a few hundred yards from where the man jumped in the waters.

"We heard the sirens and ambulances but we stayed out of the way," Agustine said.

Atlanta police chief stepping down, mayor calls for officer in Atlanta shooting to be fired