CHARLOTTE, N.C. — The body of a Mooresville K-9 officer was escorted from Charlotte to Concord on Tuesday afternoon.

The procession for Officer Jordan Sheldon traveled mainly along I-85 from the Mecklenburg County Medical Examiner's Office to Hartsell Funeral Home.

A silver hearse carried the 32-year-old's body as law enforcement from across the state formed the motorcade.

Flags flew on overpasses with firefighters standing to show respect.

When the procession turned into the funeral home, K-9 officers were there to give a final salute.

Those who came out to honor the six-year member of the force said it's the least they could do.

"Respect the police department because every day they put their lives on the line and they don't know whether they'll get to go home," said Donald Corntassel of the Mt. Mitchell Fire Department. 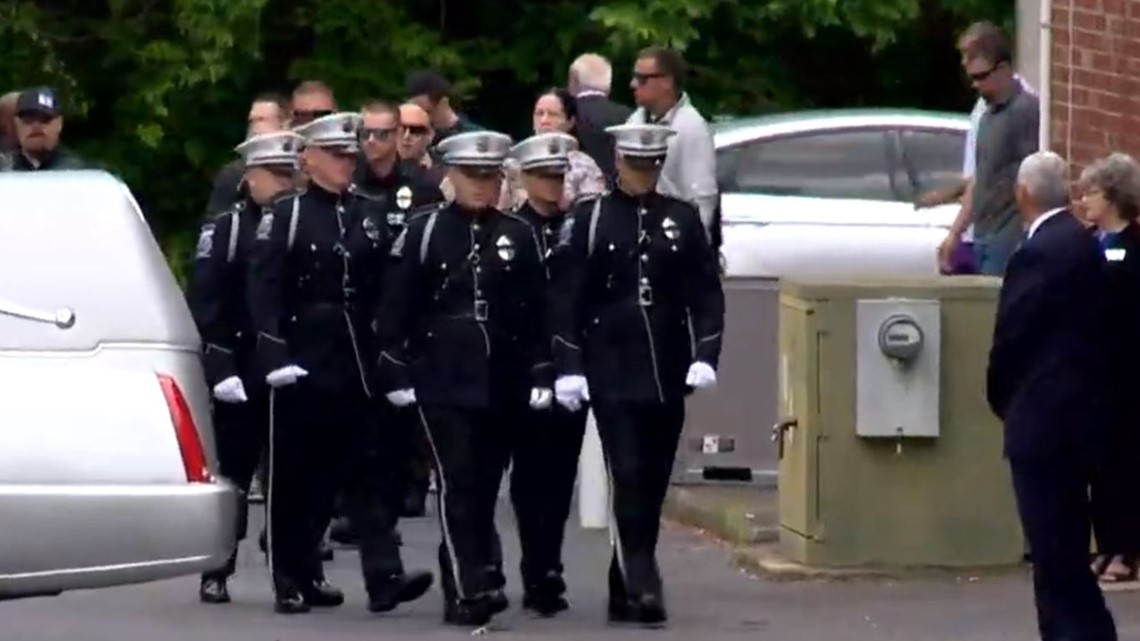 Officer Sheldon was gunned down over the weekend by a man who police said then took his own life.

On Wednesday, there will be a celebration of Officer Sheldon's life at Town Hall Lawn, 413 North Main Street, from 6:30 to 8 p.m.

Services will be held on Friday at 11 a.m. at Calvary Church, 5801 Pineville-Matthews Road, in Charlotte.