24-year-old Kendrick Hudson died in August when the tug he was driving flipped on the tarmac. 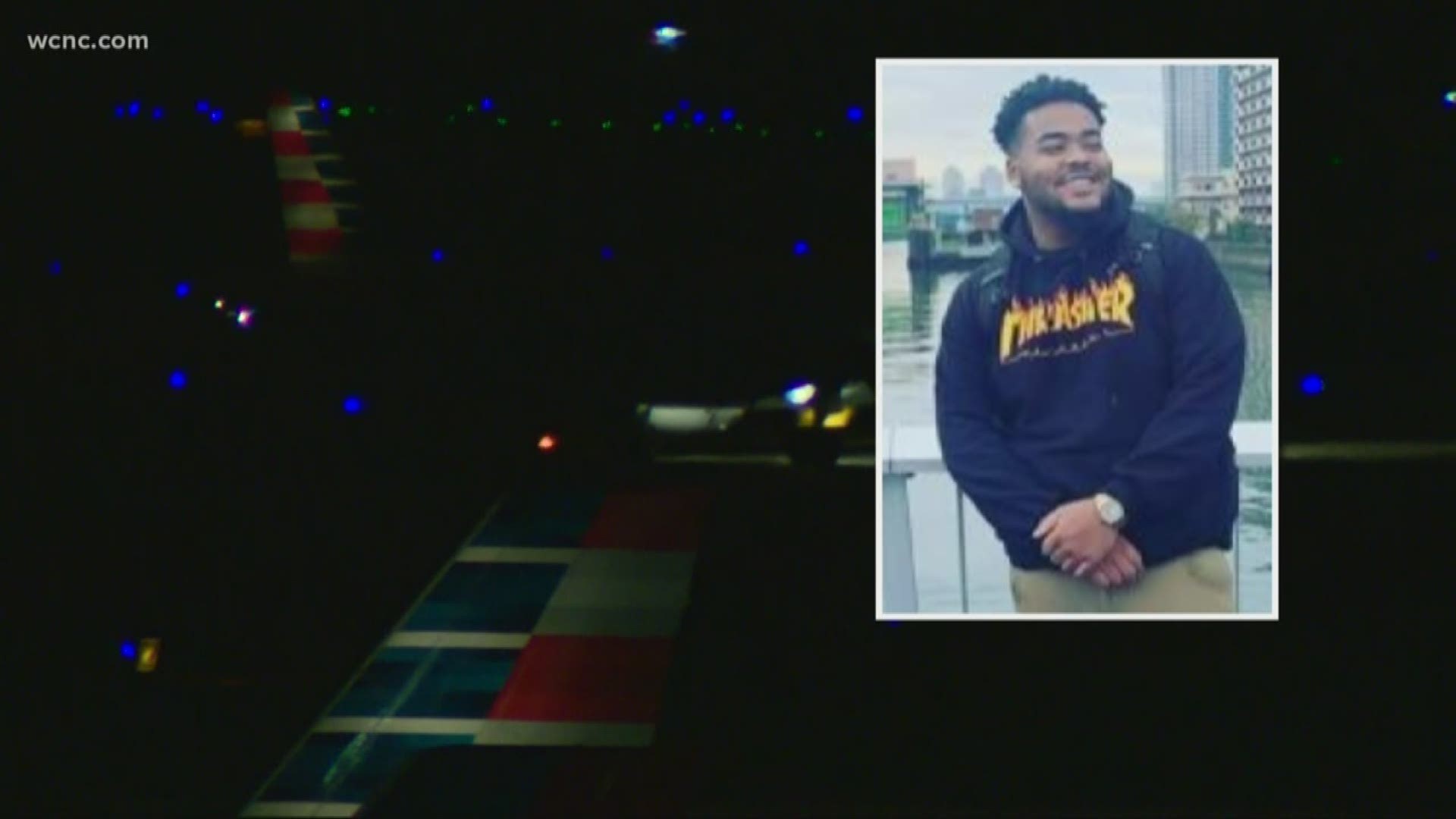 CHARLOTTE, N.C. — A lawsuit has been filed against American Airlines and the City of Charlotte, filed on behalf of the family of a Charlotte Douglas Airport grounds crew member who was killed on the job. 24-year-old Kendrick Hudson died in August when the tug he was driving flipped on the tarmac.

Hudson worked for Piedmont Airlines, a subsidiary of American Airlines. His colleagues say they voiced their concerns over safety conditions on the job before his death, and even more so after, one testifying before Congress this week.

The Communications Workers of America Union conducted a survey of nearly 500 Piedmont agents across the country in December 2019, with a focus on Charlotte Douglas International Airport. They say they found 94 percent of workers fear for their safety when they're working, especially at night.

“Our managers should address concerns when we raise them,” Donielle Prophette with the local 3645 union testified. She works at Charlotte Douglas and knew Hudson. She says addressing those concerns could’ve saved his life.

Kendrick Hudson died on the job while he was driving a tug. Police say he tried to swerve to miss a piece of luggage on the tarmac but hit it and flipped.

“Kendrick did not see the piece of baggage before it was too late, likely because the bag was dark and there was insufficient lighting,” Prophette said.

His coworkers say lighting is inadequate and they even call the area “Death Valley.” They say their concerns haven’t been heard by American Airlines. The airline and city now named in a lawsuit claiming they knew about the dangerous conditions and never did anything about it.

"There is a needless and preventable danger being ignored by American Airlines as employees continue to put their lives in jeopardy. American Airlines knew of the inadequate lighting, and the danger it presents to all those working in the area, yet they chose to stick their head in the sand, as Mr. Hudson and other personnel continued to work in dangerous conditions,” says Alex Hilliard, the attorney representing Hudson’s family. “The inadequacy of the lighting created hazardous conditions that many airport personnel reported prior to Mr. Hudson's death."

A representative for the airport released this statement Friday night: “The Airport commissioned a lighting study in 2019, based on reports from the airlines. We received the consultant’s evaluation in January 2020 and are evaluating its recommendation.

The Airport’s number one priority is the safety and security of our passengers and the men and women who work here. The Airport and our partners constantly review safety and security measures. We are working with the North Carolina Department of Labor and OSHA in their investigation and continue to work with all our partners to review recommendations as the process unfolds. Our thoughts continue to be with the family of Mr. Hudson, our airline partner and airport family.”

American Airlines released this statement: “Our condolences are with the family of Mr. Hudson. Safety is our number one priority and the first consideration in every decision we make and we are committed to providing a safe work environment for all of our team members. The OSHA investigation into the accident is not yet complete, and no cause has been determined.”

Meanwhile, the OSHA investigation into Hudson's death expected to be completed by next week.

“Our wish is that the investigation will result in much needed improvements to make work on the ramp safer and prevent anyone else from dying on the job,” says Prophette.