Organizer Demarius Pearson said in a Facebook post he hopes it will reach "not only the African American community but every minority that lives in Lincolnton." 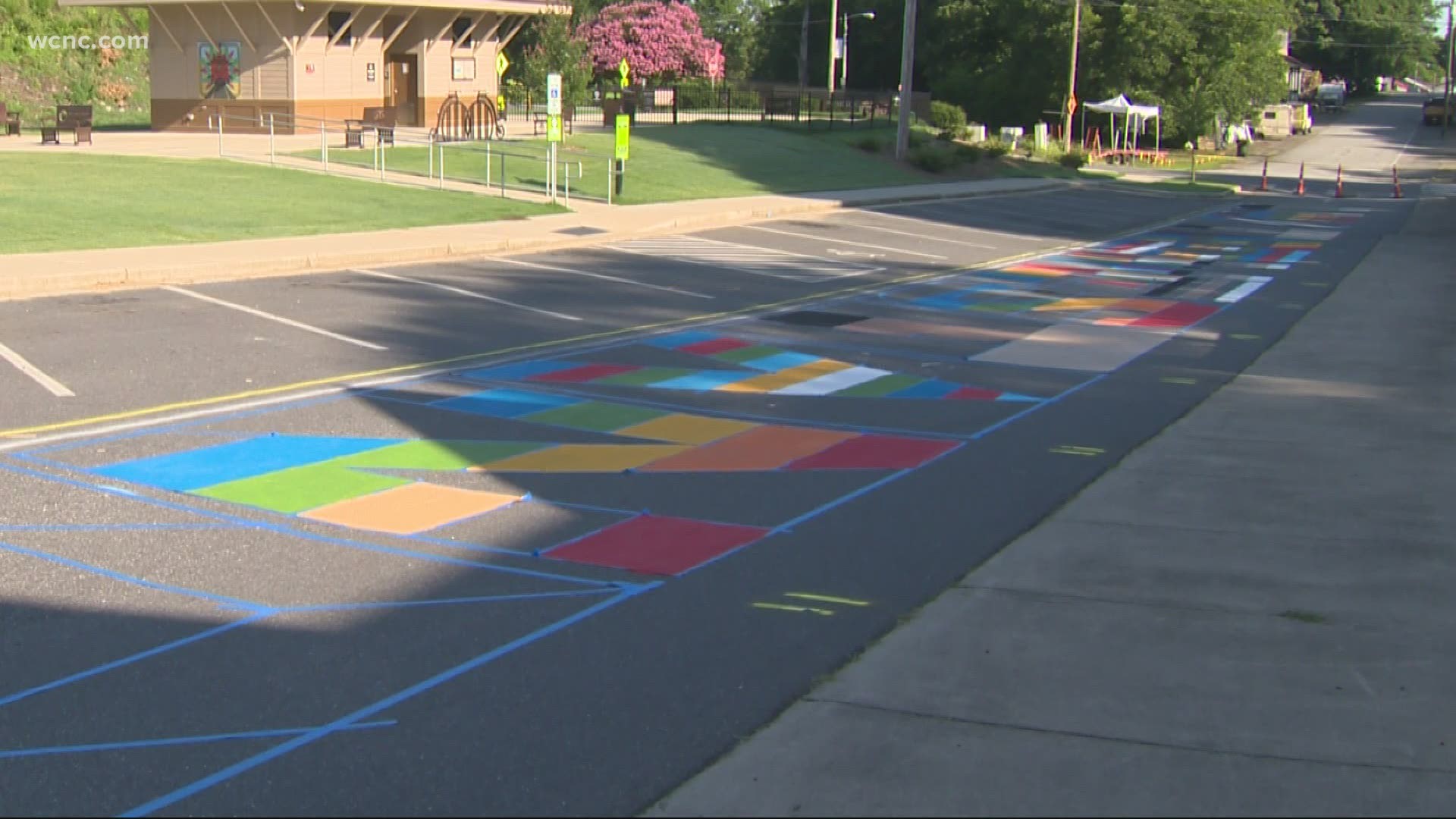 LINCOLNTON, N.C. — A new street mural is popping up in Lincolnton, North Carolina in front of the First Federal Park. The street was closed off on parts of the weekend for the artists to work on the project.

The mural is aimed to promote unity and racial equality.

Organizer Demarius Pearson said on a Facebook event that he hopes the piece will reach "not only the African American community but every minority that lives in Lincolnton."

The finished mural is set to read "United We Stand" — with each letter done by groups of people that volunteered to bring it to life. In the original plans for the mural, Pearson said he hoped the color scheme would incorporate three distinct styles: the LGBTQ flag, different shades of brown to represent the Black community, and colors representing different Latino flags.

A GoFundMe page made in support of the mural has raised over $1,700.

"This project is about support for under-represented and overlooked people," Pearson said in the post. "We hope the white community will support and recognize us! I hope everyone will help by participating in or supporting this project."

Grandson of Elvis Presley has died at age 27, agent says