A kindergarten class and their teacher were on a nature walk when students found the handgun. 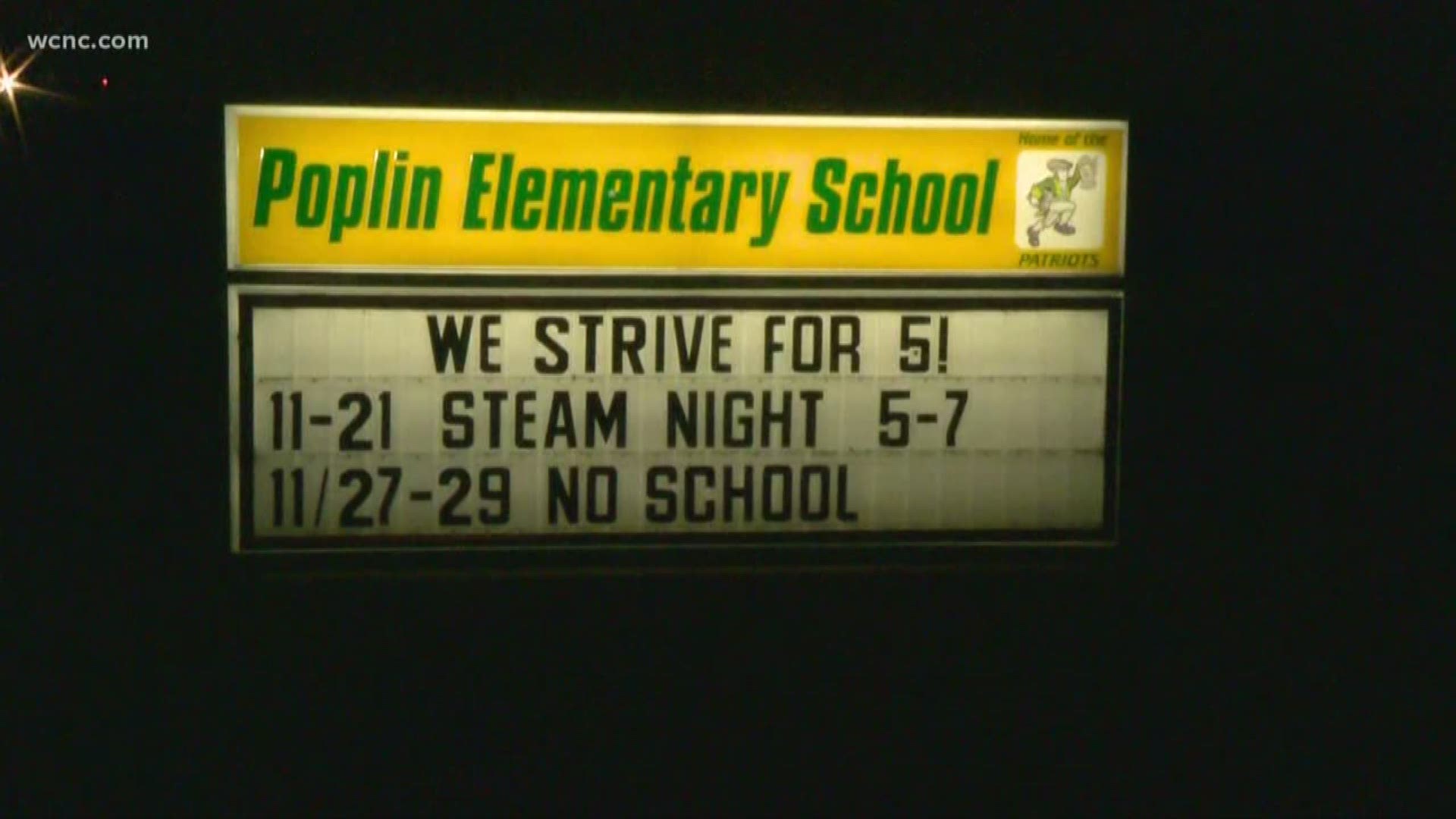 Students were on a nature walk with their teacher when they discovered the gun, according to the sheriff's office..

A Union County Sheriff's deputy assigned as a School Resource Officer to the elementary school recovered the gun near the bus parking lot on school property.

Officials said the students alerted their teacher, who quickly informed the school administration.

"Thankfully they didn't touch the firearm," Underwood said. "They didn't attempt to pick it up."

The school resource officer secured the area until crime scene investigators arrived to take custody of the gun.

No students or staff handled the gun, according to the Union County Sheriff's Office. No injuries were reported.

The students were outside checking bluebird boxes when students saw the handgun.

"These kids are the real heroes in this -- they handled this exactly the way you would hope," Underwood said. "Had they picked it up, who knows what would have happened."

The firearm had not been reported stolen. Investigators said the gun likely came from a nearby property crime and was then dumped or dropped in the woods. Officials are still working to confirm if the gun came from the property crime, but that is believed to be highly possible.

Underwood said the gun may be a 9 milometer handgun.

A letter sent from the school principal to parents at the school reads as follows:

Good evening parents, this is Principal Earp. Please listen closely for a message about an incident that occurred today on our campus. As kindergarten students were in the woods checking on our blue bird boxes, a gun was found. As soon as the weapon was located, the teacher safely secured the students inside the building and school administrators and the SRO were notified. There were no injuries during this incident. At this time, we do not know how the weapon ended up on our campus or who was involved, however, the Union County Sheriff’s Office responded immediately to investigate. I want to thank our staff and resource officer for responding quickly to keep our students safe.