The $50 million project was spearheaded by Louisville Urban League and has been under construction since 2019. UofL's track and field meet marked the first event. 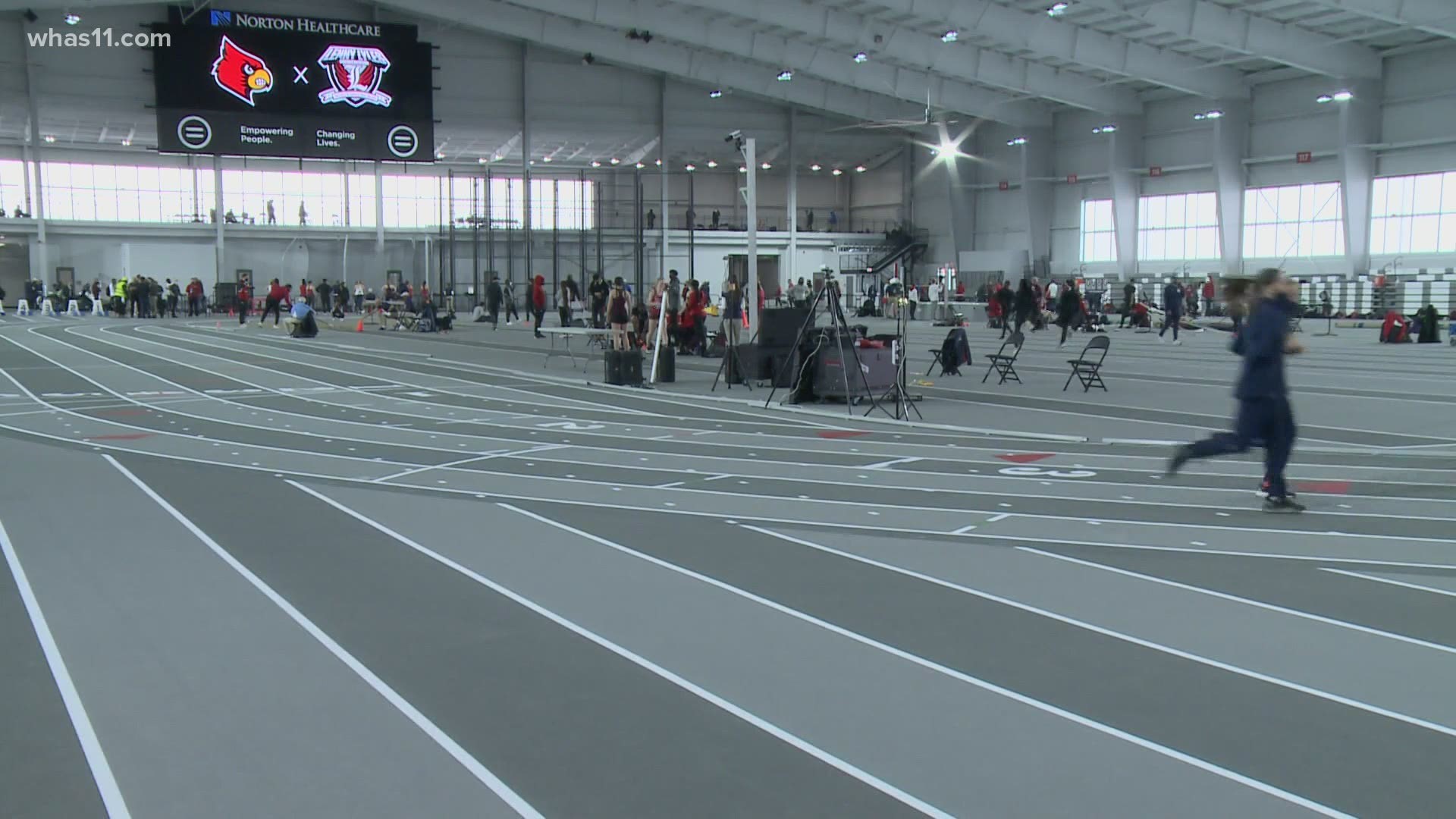 The University of Louisville's track and field team hosted its final meet before the ACC Indoor Championships at the brand new center located at 30th and Muhammad Ali.

The $50 million project was spearheaded by Louisville Urban League and has been under construction since 2019.

"It's nice for the community because I remember this when it used to be an old factory ran down," Clifford Alexander said who grew up 10 blocks from the new facility. "This is the best thing they did for this community in years, for the whole west end."

Alexander proudly worked his first day on the job as one of the security members.

"[The center] gives the young people something to do, have someplace to go you know because there's really nothing to do in the west end," Alexander said.

The center has 4,000 seats but COVID-19 restrictions required limited seating. Cheers and excitement filled the room as the athletes marked the first run on the 200-meter indoor track.

"It's an amazing opportunity that he's able to run in a facility like this because we've traveled across the country for track and field since he was in middle school," said Jody Charleston, whose son runs track and field at Eastern Kentucky University.

"He ran track through JCPS from elementary and all the way up to high school – Eastern High School," she said.

"We’re just happy that we’re able to get to run at home," Charleston said.

Eastern High School student athlete Terrance O'bannon thought he'd never see the day when something like the complex would open its doors to the community.

"It’s just amazing I didn’t think it was ever going to be built," he said. "I have no words I'm just speechless."

O'bannon will compete in a track and field race at the brand new center on Sunday.

"I'm nervous, but it's like a good nervous," O'bannon said. "[The center] really does mean a lot because when I was growing up since I was running track. I never really had an indoor facility to run in."