"No one could tell me what it is," said the Iredell County man. 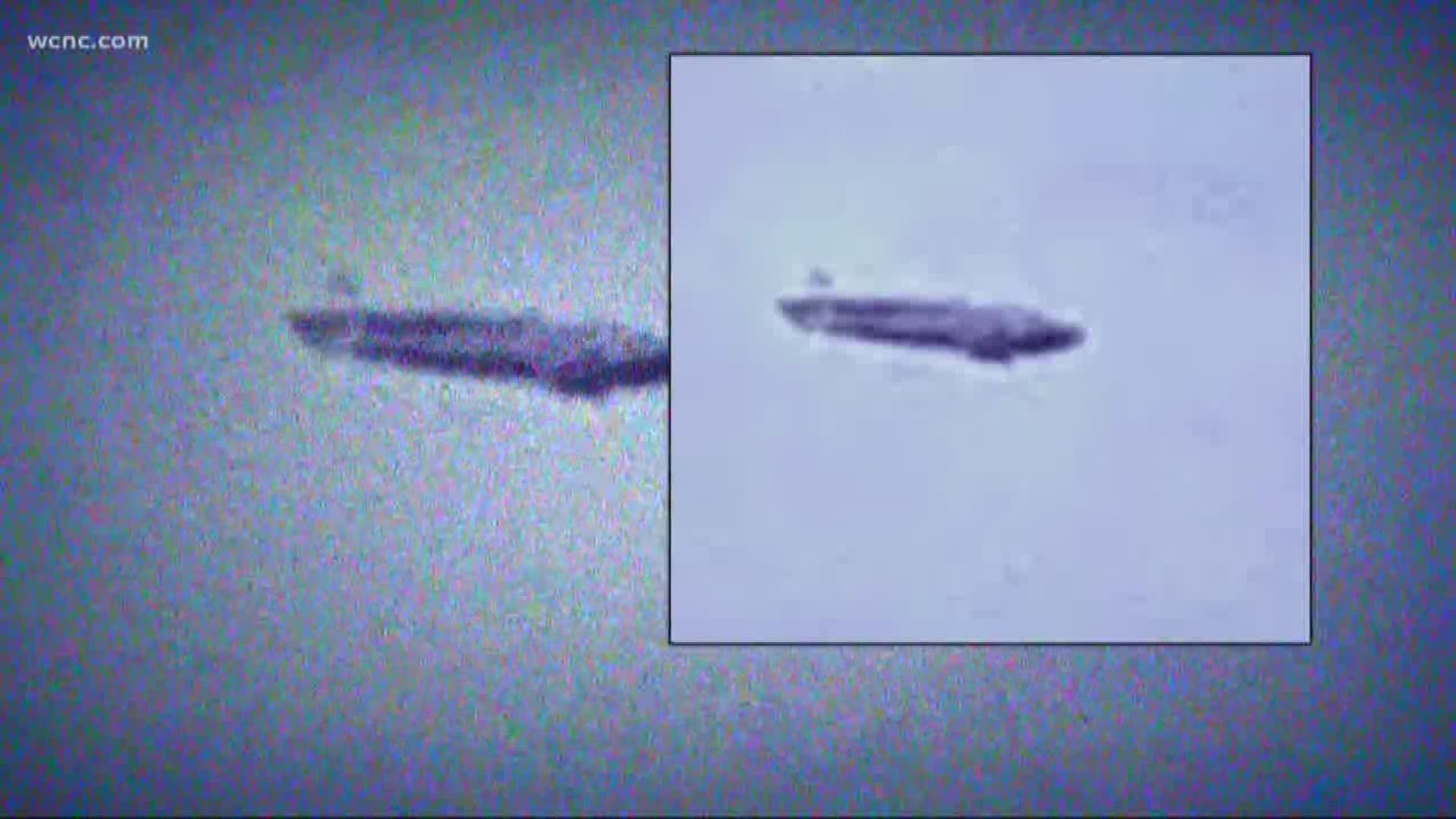 IREDELL COUNTY, N.C. -- For more than 70 years, stories of UFO sightings have gotten around faster than the unidentified objects themselves.

Back on May 29, Jason Swing captured a video of a cigar-shaped object that flew over Lake Norman.

Two months later, the clip is still flying all over the internet and being featured by news outlets around the world.

"Some people from the [United Kingdom] has put it on their site, a lot of people have gotten in contact with me," Swing said.

He had no idea the video he captured in our backyard would make its way around the globe.

"I'd never seen anything like that before," he said.

There's only one way for the Mooresville man to describe his out-of-world experience.

Plenty of weird happens on the water but above Lake Norman?

"It was a UFO. It was unidentified," he said.

He says it was astronomically large.

Experts from all over have seen the recording of the orbiting object.

"No one could tell me what it is," Swing said.

Despite the extra-terrestrial attention, Jason still has his day job but his lease on life has ascended to a new atmosphere.

"I feel like there's another life form but after I saw this, I know there's something, now," he said.