Man's sign in Monroe warns others to pick up pet waste

The man, a landscaper, takes pride in the way his lawn looks. He said the poop that was left near his mailbox made it hard to complete the job. 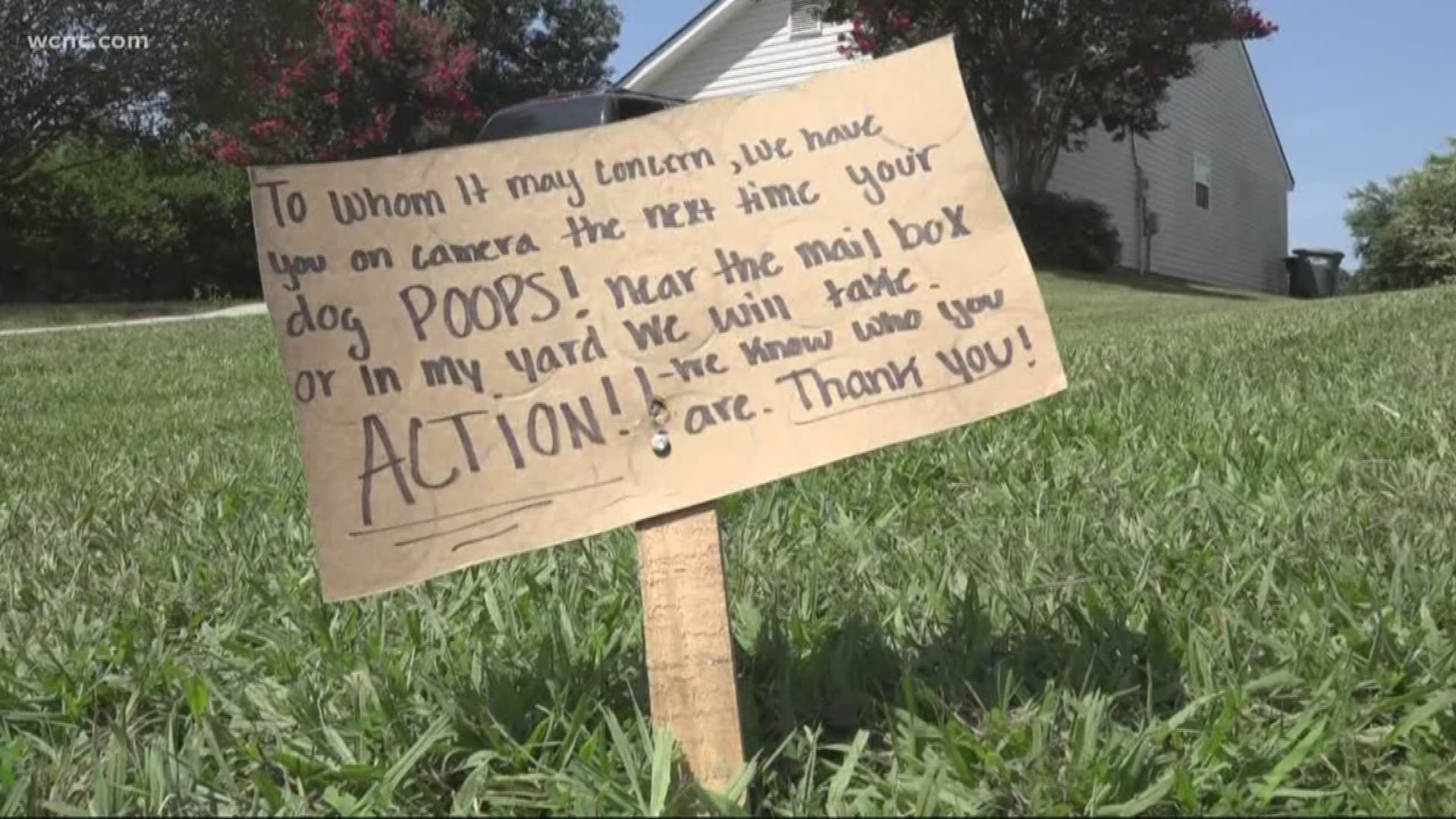 MONROE, N.C. — A Union County neighborhood is dealing with a pet waste problem, and one homeowner is taking action to stop it.

After a dog repeatedly defecated in either his lawn or a neighbor’s lawn for the third time in a month, Dexter Henderson, who lives in Monroe, said he wanted to let the culprit know it’s not ok to leave the mess behind.

Henderson posted a sign in his lawn that says, “To whom it may concern, we have you on camera. The next time your dog poops near the mailbox or in my yard, we will take action. We know who you are. Thank you!”

"We made a sign. We didn't want to make it too vulgar,” Henderson said. “We were polite as we could be. I put thanks at the end if that helps."

Henderson is a landscaper who takes care of not only his yard, but his neighbor’s yard as well.

He takes pride in the way his lawn looks, and he said the poop that was left near his mailbox made it hard to complete the job.

“I couldn’t even weed-eat my mailbox, so now my grass is like above it, and I have a pretty decent yard to where I like to put my lines in and make it look good when people go by,” he said.

The sign is catching the attention of many neighbors, Henderson said, but he hopes the pet owner behind the poop truly takes notice.

"I have them on camera,” he said. “It's the same person, and it's just getting out of hand."

A City of Monroe ordinance states it's unlawful for pet owners to leave dog feces on public properties.

If left on private property, homeowners should report to police for trespassing or potential property damage.

Henderson said he hopes that people, not only in his neighborhood but neighborhoods across Charlotte, learn to clean up after their pets.

“This incident wasn’t in my yard this time, but it was last week,” Henderson said. “I don’t want it to be in the next neighbor’s yard next week.”