The group Rise Up Charlotte organized a peaceful protest in Freedom Park to bring awareness to human trafficking and start a conversation. 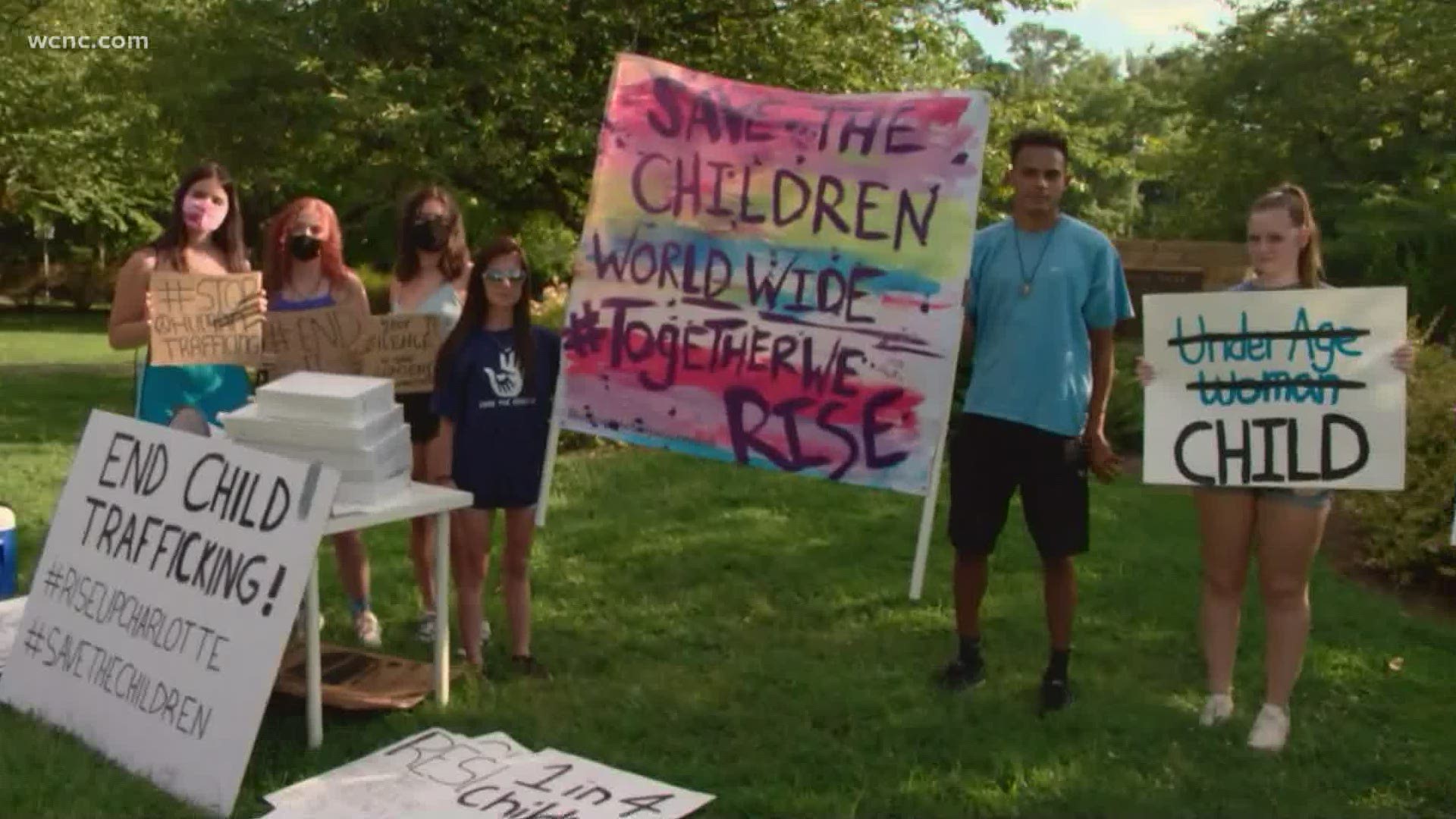 CHARLOTTE, N.C. — Saturday afternoon, a group gathered to raise their voices in the fight against human trafficking.

The group Rise Up Charlotte organized a peaceful protest in Freedom Park to bring awareness to human trafficking and start a conversation.

It's not the first time Charlotte has been in the public eye in the discussion on human trafficking, especially since the city is wedged between major highways and has an international airport.

At a January community event teaching teens about the threat of human trafficking, Mecklenburg County Sheriff Garry McFadden said Charlotte is the #1 city in the state for human trafficking, adding that North Carolina ranks #10 in the nation.

RELATED: Human trafficking education aims to help the most vulnerable

The FBI gets a lot of tips on human trafficking in the Charlotte area, but they say that doesn't necessarily mean it's a hub.

Supervisory Special Agent Jason Kaplan said with the Charlotte field office of the FBI spoke with WCNC Charlotte in January 2020 during National Slavery and Human Trafficking Prevention Month to clarify fact and fiction.

Kaplan said the stories we hear about abductions from the local malls or predators lurking in parking lots are actually the rarest form of human trafficking cases.

RELATED: Human trafficking in the Carolinas: Breaking down fact and fiction

What they encounter every day, Kaplan said, is women and girls that are being taken advantage of -- convinced they are in loving relationships, then being coerced into risky behavior.

Kaplan previously told WCNC that North Carolina often reports more potential cases of human trafficking, but said those numbers could be the result of communities being informed about the signs.