22-year-old Joseph Robert Mitchell Willis was found in a town home close to where the second of two detectives were injured in a shooting. 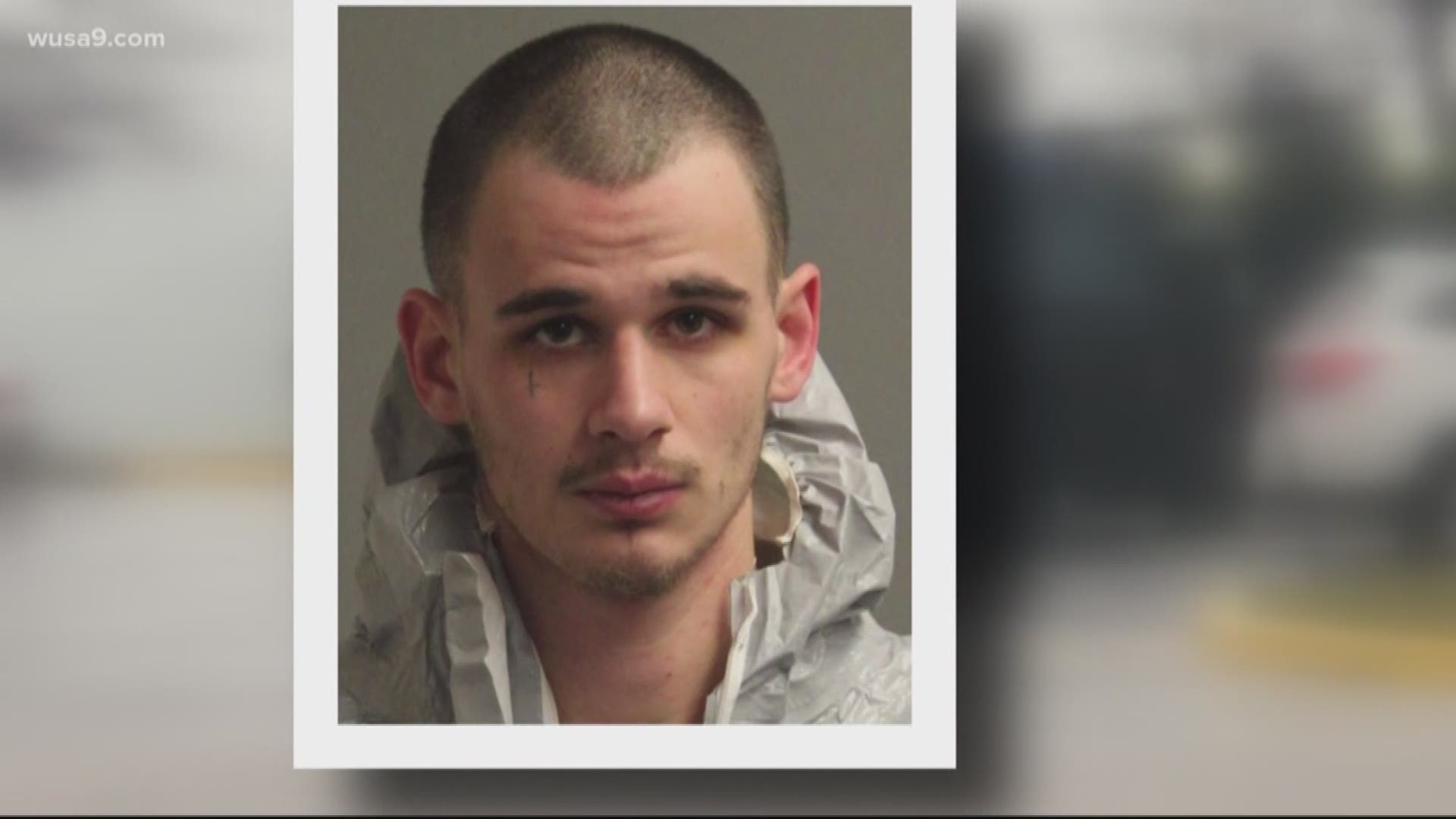 The detectives were injured while trying to approach Willis, who was a person of interest in a homicide late Wednesday night, officials said. Willis has been charged with the murder of 44-year-old Christopher Lawerence Jones, as well as the attempted murder of one of the police detectives, according to Anne Arundel Police.

"Every minute you stretch this out makes it dangerous for my cops and thus dangerous to you," Anne Arundel County Police Chief Timothy Altomare said while police were looking for the suspect.

Considered armed and dangerous, Willis was described as a 6-feet tall, white, with a thin build and face/neck tattoos, was found just before 3 p.m. Thursday hiding out in a home in the Stoney Beach town house community.

The home is close to where the second of two shootings that injured the detectives took place, officials said. A SWAT team breached the home where Willis had been hiding for most the day, and took him into custody, police said.

Altomare and Anne Arundel County spokeswoman Jacklyn Davis spoke on the details of what led up to the manhunt during a news conference Thursday morning.

Detectives were originally called around 6 p.m. Wednesday to the scene of a death investigation in the 600 block of Newfield Road in Glen Burnie, Md., where they found a man with upper body trauma, police said. The victim was identified as 44-year-old Christopher Lawerence Jones.

The victim's car was missing, which led police to look for the vehicle, police said. Detectives found the vehicle around 11 p.m. at a Royal Farms near the Baltimore-City line, Davis said.

The detectives, who were in two separate vehicles, tried to conduct a traffic stop, but Willis refused to stop and began shooting at them, injuring one detective, Davis said.

Davis said the first detective, identified as Scott Ballard, was able to break away and get medical help. Ballard is in critical, but stable condition, she said. He is a 22-year veteran of the department assigned to the Warrant Fugitive Apprehension Team, officials said.

The second detective, identified as Ian Preece, continued to chase Willis to the Stoney Beach Townhouse Community, where an altercation ensued between the pair, Davis said.

Willis then shot Preece during the fight and ran away, police said. Preece, a 13-year veteran of the department and a member of the Homeland Security Investigations Team, was injured and was taken to a hospital in stable condition, Davis said.

Anne Arundel Police said on Twitter Sunday that both Detectives Ballard and Preece have been released from the hospital and are home recovering with their families. The department even shared a video of multiple officers helping welcome home the injured officers.

It's unclear if either detective returned gunfire during the incident. Davis said, "It looks like it was one-way gunfire."

Authorities believed Willis was on foot near the Stoney Beach town house community before he was found.

"End this lunacy before another person gets hurt," Altomare said in a plea to the shooter before he was found.

Anne Arundel County police do not believe that there is any further threat to the community, and said an investigation is ongoing and additional charges will be placed.

Police have since recovered the victim's car.

These nearby schools were shut down Thursday during the police search, according to Anne Arundel County Public Schools: