Construction may play a part in rise of gas leaks

According to Piedmont Natural Gas, last year from January to August there were 553 gas leaks caused by work crews. This year, in the same time frame, 774. 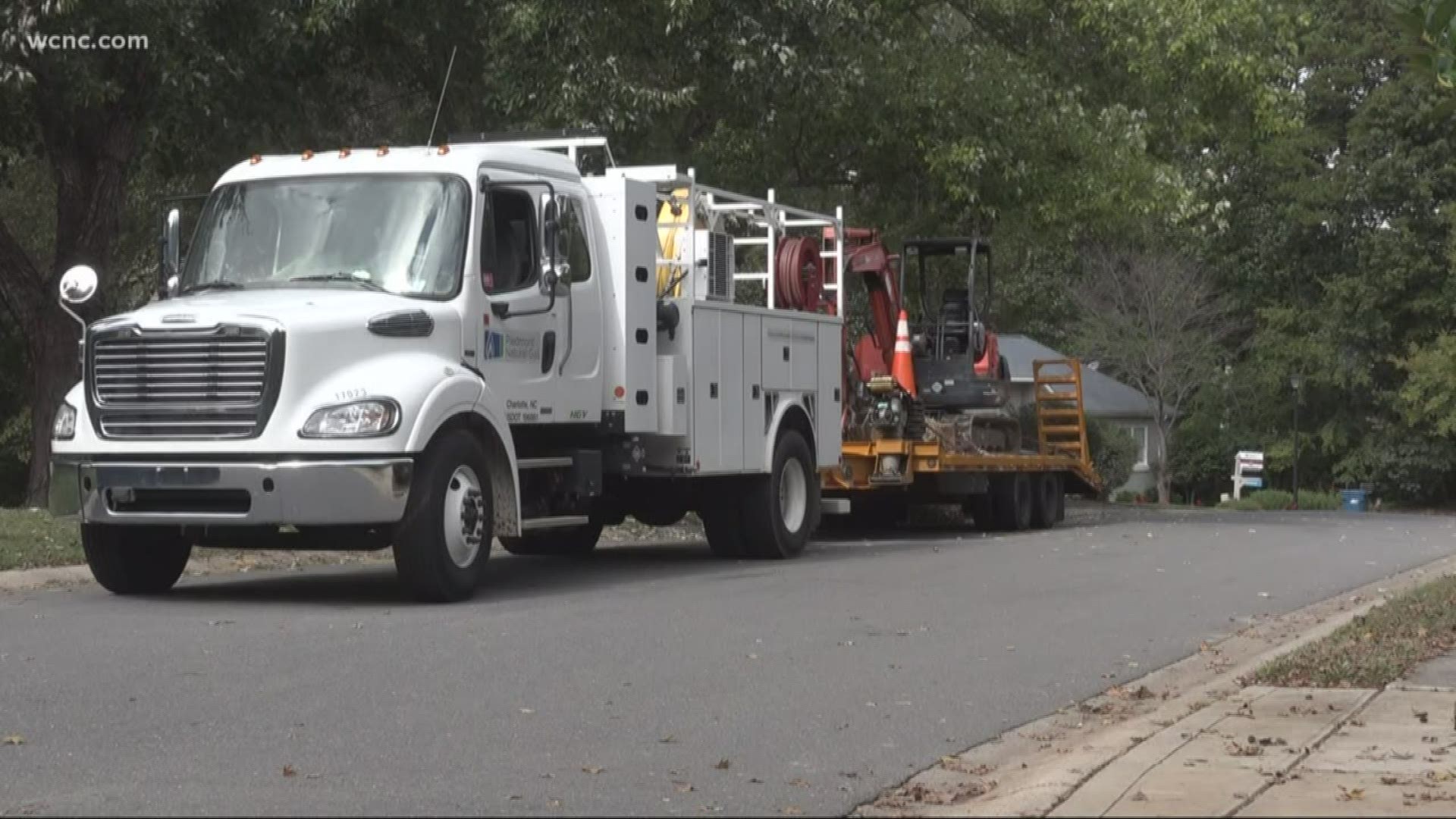 According to Piedmont Natural Gas, from August 2018 to August 2019 they responded to almost 1,100 leaks caused by a third party, like a contractor.

A few months ago, a work crew in Durham hit a gas line and caused this explosion that destroyed several buildings, killing a shop owner inside one business.

Monday, there was a gas leak in the Coachmanridge Neighborhood in Matthews.

"If you open up the front door, I mean it just hit you right away, it was really very very strong," resident Scott Griffiths said.

It wasn't the first time a gas leak has happened in the Matthews neighborhood.

"I certainly understand that accidents happen, but twice in two weeks it's a little much," Griffiths said.

According to PNG, last year from January to August there were 553 gas leaks caused by work crews. This year, in the same time frame, 774.

"There's been a lot of construction going on in Charlotte, Charlotte is growing by leaps and bounds we have people digging everywhere and putting in buildings," PNG spokesperson Jennifer Sharpe said.

Sharpe said there are two main reasons for the spike in gas leaks: more construction creating unintentional accidents and crews digging before utility lines are marked.

"Line cuts don't have to happen, it's unnecessary damage and if you just call 811 three days before you plan to dig they can be avoided, well come out and mark those utility lines," Sharpe said.

PNG says the gas leak in Matthews was an accident hit, as the utility lines were labeled.

To correct this issue, PNG started a much more aggressive contractor and excavator education program.

For example, a few weeks ago they participated with NC811 to hold the Mock Line Strike in Cabarrus county, showing contractors and excavators how to avoid a line cut, and what happens if you do hit a gas line.

They are also handing out pamphlets with a scratch and sniff example of what a natural gas leak smells like.