Volunteers who have been in front of the jail for more than seven weeks were moved off county property Friday morning. 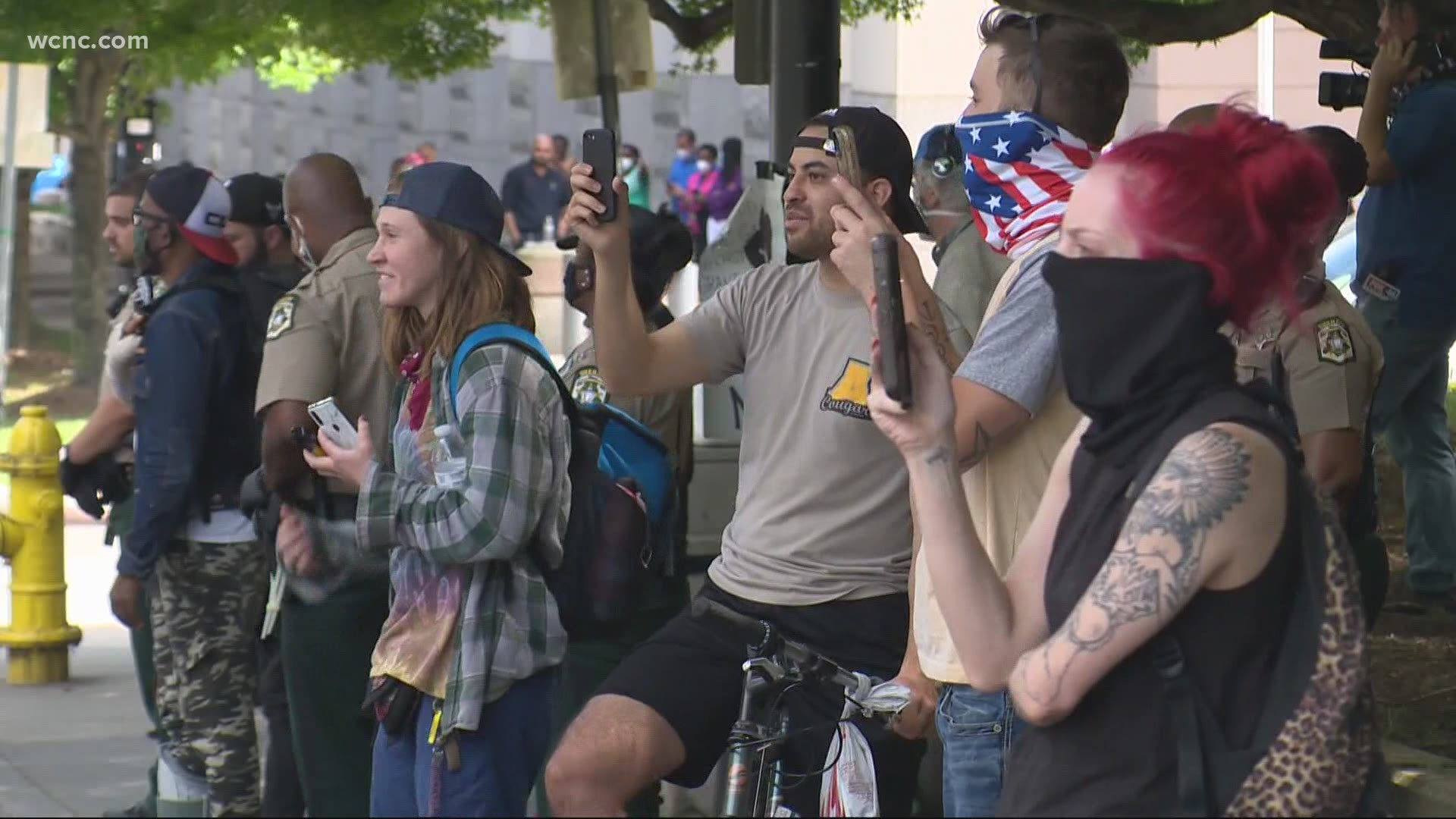 CHARLOTTE, N.C. — Protesters at Romare Bearden Park were called upon by Jail Support -- after a heated day between them and authorities who moved them from their post outside the county jail.

"Sheriff McFadden -- I'm not sure if you're aware. But a lot of people do not like you," said a Jail Support Volunteer.

Volunteers who have been in front of the jail for more than seven weeks were moved off county property Friday morning.

Deputies said five of them didn't leave and were arrested for criminal trespassing.

"We're all doing this social work because the system is not just broken, it's intentionally run this way," said a Jail Support Volunteer.

WCNC Charlotte caught up with the Sheriff who told us that mission has been hijacked.

"Yes, Mecklenburg County needs jail support, I support jail support, but I do not support what was here today, said Sheriff McFadden.

McFadden said 70 violations have stemmed from Jail Support... including feces left on county property... vandalism at the jail, and volunteers have

Taken part in sex acts in broad daylight near their encampment.

Walking down Tryon leaving a path of tents, cones and barricades. @wcnc pic.twitter.com/1AH3iuHpa7

And conflict will likely continue as the hope for unity and a path forward dwindles.

"Will we work with McFadden -- Absolutely not," a Jail Support Volunteer said.

"If they don't want to work with us, then I can't force them. We will work with the people we need to work with," said Sheriff McFadden.

McFadden said the decision to move Jail Support was a collective decision from CMPD, and District Attorney Spencer Mayweather.

The sheriff said he doesn't want to arrest volunteers -- but if they come back in a disorderly fashion they will be moved again.

Jail Support has not said what their next move is yet, but for now, they'll protest.