'This is not a situation that anybody should be living in' | Rodent infestation hits Tent City, Mecklenburg Co. says

An Abatement of Imminent Hazard Order is a tool available to Public Health to require immediate action to protect the public’s health. 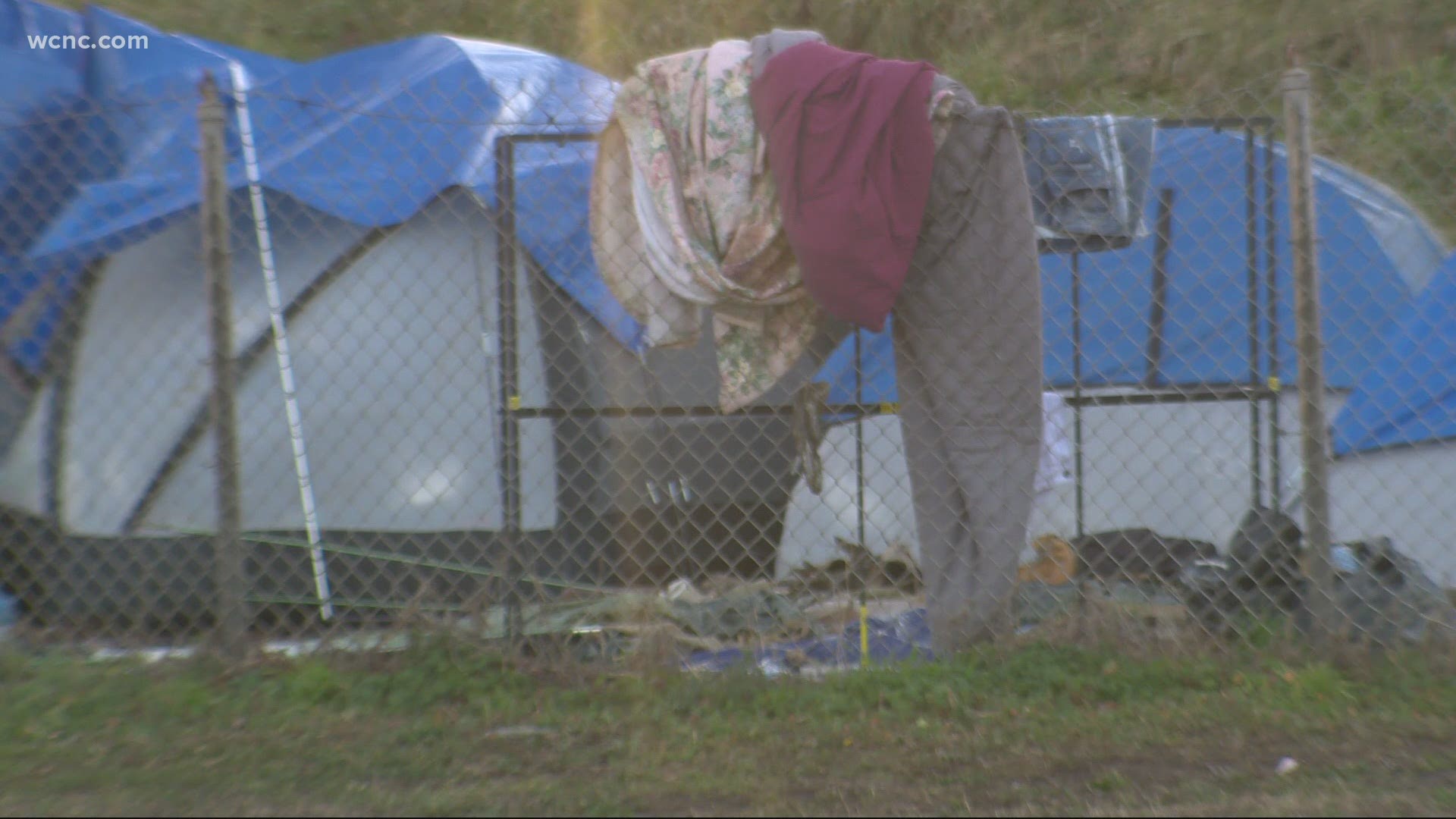 CHARLOTTE, N.C. — Mecklenburg County Public Health has issued an Abatement of Imminent Hazard Order to the owners of the property housing the North End Encampment and affecting individuals who reside at the Encampment, Tent City, at the following locations:

Mecklenburg County said the Order was issued to help address immediate health risks to encampment residents due to rodent infestation on the property. The Order is effective at 5 p.m. Feb. 16.

"This is not a situation anyone should be living in," Gibbie Harris, the health director for Mecklenburg County, said as she briefed county commissioners on the move Tuesday night.

#NEW: those who are living at this portion of tent city have 72 hours to leave the property. Heath Director says their health is at risk due to rodent infestation. Gibbie Harris will address the #MecBOCC tonight about this. @wcnc https://t.co/WxDXnsnNTt

An Abatement of Imminent Hazard Order is a tool available to Public Health to require immediate action to protect the public’s health.

"We have taken this action out of an abundance of caution to protect the health of encampment residents," said Public Health Director Gibbie Harris. "This type of order is rare but sometimes necessary. In this instance, it will help us better work with encampment residents to find alternative accommodations, many of whom have been reluctant to seek help because of concerns with COVID-19."

Harris spoke about the order at Tuesday night's Mecklenburg Board of County Commissioners meeting after coming under scrutiny for only giving 72 hours to move and giving no warning to those living at Tent City.

"To be perfectly honest, if I had my way, we would make a change in 24 hours. It is just not safe for people to be living in this environment," Harris said.

However, some note the fault shouldn't lie solely on those who live in Tent City.

Heath Burchett leads Watchmen of the Streets, a non-profit helping homeless neighbors in a number of North Carolina communities, including Charlotte's Tent City.

"Don't just leave piles of stuff at these camps, because it's not only the homeless having to be responsible," he said. "We can't create the mess for them and then cause them to get relocated."

As a result of the Order, the County is working with community partners to expand existing shelter capacity and provide additional accommodations and support for encampment residents. These accommodations will include what is offered to all shelter residents such as access to mental health and substance use services, housing navigation, and case management.

The county is working to give anyone in Tent City a hotel room to stay in for free, but it's not clear how long they would be able to stay or how many rooms the county has to provide.

I called 211 tonight. Only option was for HOPE Program. Selected it. Automated system said call takers are only there 7am-6pm.

Applications for the program are no longer being accepted.

I’ve asked @MeckCounty if this is the option for people to call, since it’s the ONLY one. https://t.co/DXiXtn21dY

"We don't have an end game today -- we just know we have a health hazard that we have to address and try to make sure people are safe," County Manager Dena Diorio said.

The hotel rooms would be covered by FEMA money, but Diorio said they aren't sure how long it would last before it dries up.

Diorio said telling people who live in Tent City about the order to vacate would be a joint effort by county workers and local non-profits. Mecklenburg County workers would begin boots-on-the-ground work on Wednesday, Diorio added.

On Tuesday night, WCNC Charlotte crews only saw non-profits getting the word out to those who live in tents along 12th Street.

County officials met with non-profits and shelters who work with the homeless late Tuesday night to enact a plan.

Anyone who does not vacate the area by Friday at 5 p.m. could be charged with a misdemeanor.

The county cannot force people to take them up on their offer of a hotel room, and they realize tents will pop-up elsewhere.

"This problem is a public health issue, not eliminating tents. After we deal with this particular site, we may still see tents in the community," said Assistant County Manager Anthony Trotman.

Harris will be available at a press conference later in the week, but the county did not provide details on the exact date and time as of Tuesday night.

RELATED: Here's how you can help Charlotte's 'Tent City' this Christmas