All sessions for district and superior court in the 26th Judicial District will be rescheduled, according to a press release. 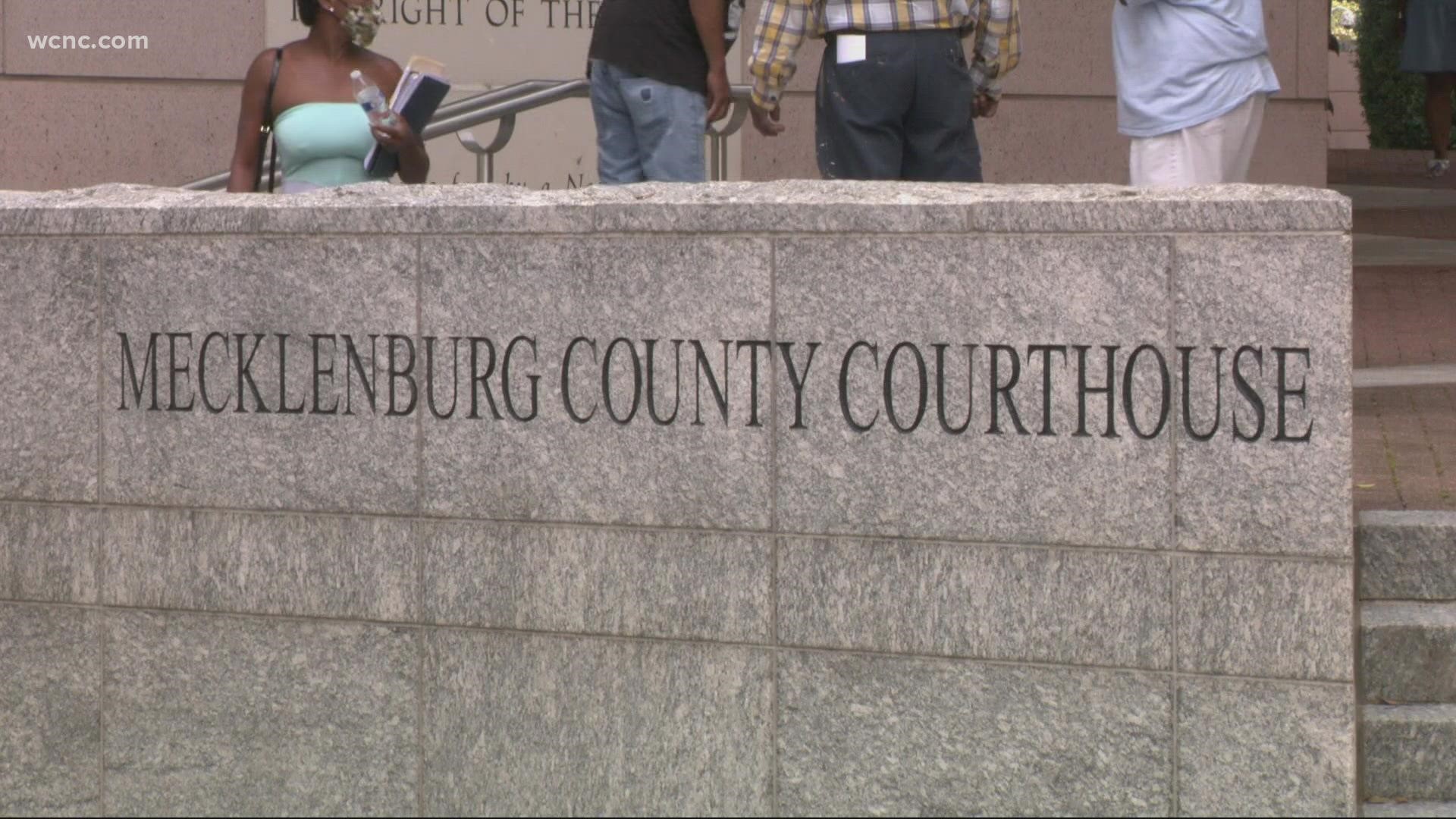 CHARLOTTE, N.C. — The Mecklenburg County Courthouse will be closed through the end of the week following a COVID-19 outbreak among employees.

The courthouse was originally closed Monday, Aug. 9, and Tuesday, Aug. 10. Tuesday, the 26th Judicial District of North Carolina confirmed that the courthouse would remain closed through the week.

All sessions for district and superior court in the 26th Judicial District will be rescheduled, according to a press release. All grand jury proceedings will continue as scheduled, and jurors currently serving on a trial are asked to report to the courthouse as scheduled on Aug. 11.

All new jurors that were summoned for Aug. 11 through Aug. 13 have been excused from jury service.

From Aug. 5-7, at least five employees working at the courthouse have tested positive for COVID-19, while a number of others have reported symptoms and are awaiting test results.

As a result, Mecklenburg County Courthouse said there are at least 29 employees who are in quarantine. The full extent of the outbreak is still being assessed by Key Court Officials and the Mecklenburg County Public Health Department.

Read the original release below: