Sheriff Garry McFadden said 40 Mecklenburg County deputies will be part of the massive security detail at the inauguration of President-elect Joe Biden. 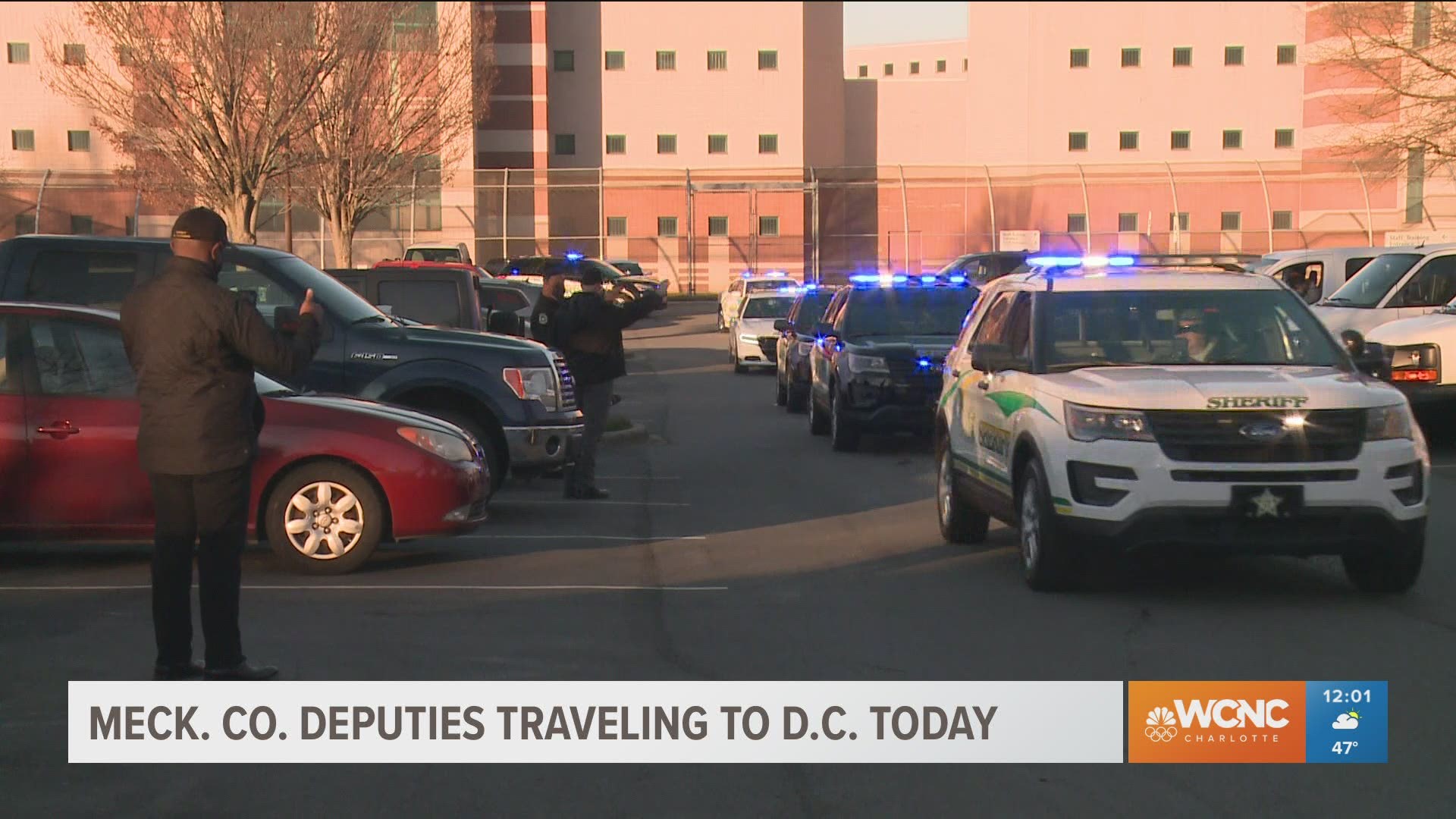 MECKLENBURG COUNTY, N.C. — Dozens of Mecklenburg County deputies are on their way to Washington, D.C. to assist with security during the inauguration of President-elect Joe Biden on Jan. 20.

The Mecklenburg County Sheriff's Office said 40 deputies were assigned to make the trip after the Metropolitan Police Department in Washington made a formal request to law enforcement agencies across the United States.

Following the riots at the U.S. Capitol earlier this month, Sheriff Garry McFadden said he's concerned for his deputies' safety during the event.

"It is a concern because of the nature of our society right now," McFadden said. "You cannot turn your face from January ninth."

The Charlotte-Mecklenburg Police Department also plans to send officers to assist with security during the inauguration but has not said how many officers will make the trip.

“We are proud to be called upon for this prestigious event and have been coordinating and planning with MPD before sending our team to Washington D.C. next week,” said Sheriff McFadden.

MCSO will be reimbursed as part of an agreement with MPD for all costs associated with the trip for personnel traveling to Washington D.C.

RELATED: Inauguration Day 2021: What we know about the plans so far

The increased calls for security come after a group of pro-Trump supporters stormed the U.S. Capitol building last week. Five people died as a result of the violence.

Eight people from North Carolina were arrested during those riots, several of them from the Charlotte area.

Meantime, the FBI is warning of armed protests at all 50 state capitols leading up to the inauguration.  At this point, CMPD has not said if officers will be sent to Raleigh to assist law enforcement officers there.

An internal FBI bulletin warned that, as of Sunday, the nationwide protests may start later this week and extend through Biden’s Jan. 20 inauguration, according to two law enforcement officials who read details of the memo to The Associated Press. Investigators believe some of the people are members of some extremist groups, the officials said.