A newly renovated Dowd Center Theatre in downtown Monroe and a brand new science center are both set to open in the coming months. 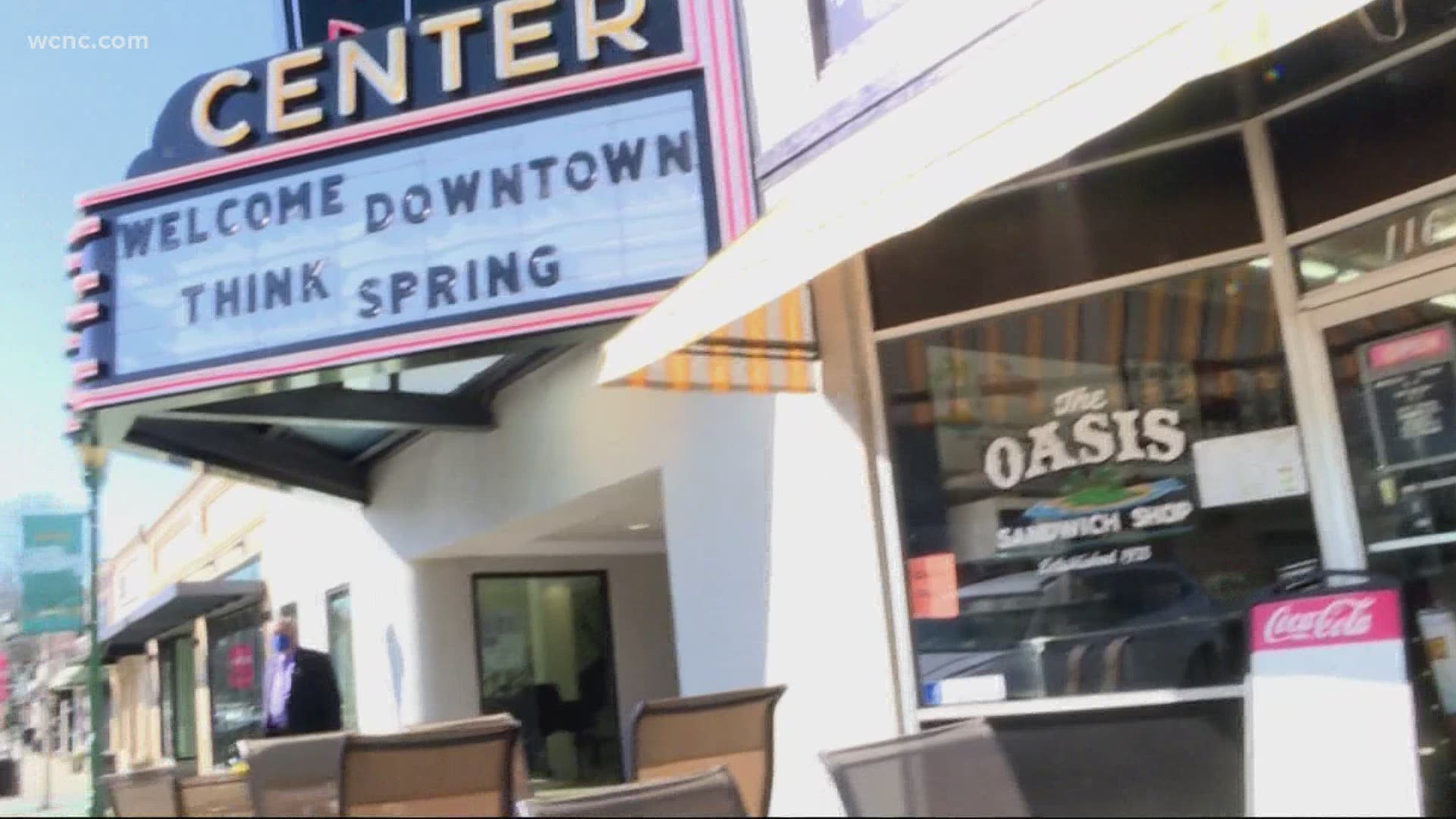 MONROE, N.C. — City leaders in Monroe are hoping to bring more people out and about as coronavirus restrictions loosen in order to grow the city’s economic and developmental footprint.

It’s a process that’s been years in the making, starting with the full renovation of the Dowd Center Theatre downtown. The theatre first opened back in the 1940s and after a nearly $7 million renovation with help from the city, county, and private donations the theatre will re-open in April with limited capacity and a brand new look.

“City of Monroe and Union County doesn’t have anything like this so one of the things we wanted to do is provide this cultural amenity for our residents,” City of Monroe tourism director Pete Hovanec said.

The theatre will seat more than 500 people and can be used for movies, plays, and even small concerts.

“We wanted to make sure all of our sound, all of our lighting was state of the art,” Hovanec said.

But among all the new renovations, city leaders wanted to make sure the theatre also honored a piece of its history too.

In the days of segregation, Black people had to enter through a separate entrance and sit in the balcony. In recognition of this past and how far we have come a special plaque was made called ‘The Gateway of Change’ that can be spotted as the audience takes the stairs to the second floor.

Mayor Bobby Kilgore says he hopes the rebirth of the theatre will spark a new desire for more people to visit downtown Monroe and therefore create a catalyst for new restaurants and retail shops to come too.

Another new attraction hoping to draw the crowds is the Monroe Science Center -- the first of it’s kind in Monroe and Union County.

Several years ago, city leaders decided to turn an old grocery store into a hands-on interactive learning space for kids of all ages. Now it’s hard to miss the brightly colored building along East Franklin Street in Monroe.

“We decided we wanted something wacky, something whimsical, something that’s going to be eye-catching, “ City of Monroe Tourism Director Pete Hovanec said.

For now, the science center is about 90% complete and still in the process of moving some of the 40 different exhibits in.

Each of the exhibits are hands-on and interactive and range in topics from agriculture, aviation, healthcare and manufacturing.

One special exhibit at the museum is in honor of Dr. Christine Darden. She’s a Monroe native and one of the first black female mathematicians to work for NASA in the late 1960s.

The exhibit will include a real-life NASA capsule along with old school computers NASA once used, too.

“What these women did was phenomenal and it’s cool that’s she’s from Monroe and we can honor her in that way,” Hovanec said.

The science center is expected to open in late summer or early fall.