Boil water advisory issued for the city of Monroe

A crash knocked out power to the city's water treatment plant, leading to reduced water pressure and possible contamination in some homes. 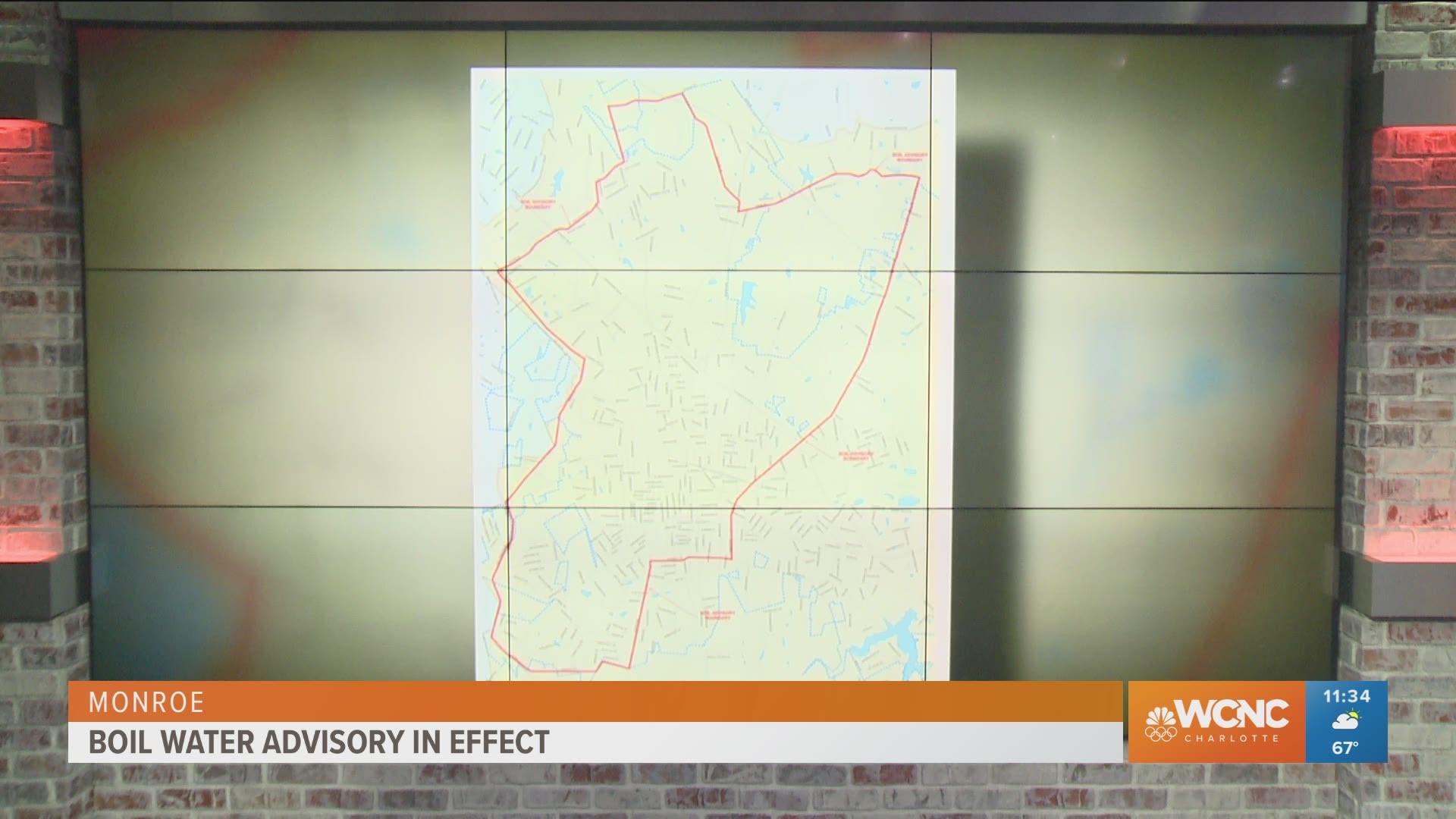 MONROE, N.C. — The City of Monroe has issued a boil water advisory after a crash knocked out power to the city's water treatment facility late Monday night.

According to the City of Monroe, the crash happened on Old Camden Road around 10 p.m. Officials said a utility pole was knocked down, causing power at the treatment plant to go out briefly.

Emergency generators at the plant did not immediately come on, leading to low water pressure for City of Monroe water customers. Water pressure was back to normal within a few hours.

As a precaution, the city is encouraging anyone who lives in the affected area to boil water for any human consumption (drinking, cooking, brushing teeth, making ice, etc.). Customers can also use bottled water if available. In a press release, the city said there is no reason to believe the drinking water is unsafe.

Credit: City of Monroe
This map outlines customers in Monroe, North Carolina, who are under a boil water advisory after a water treatment facility lost power Monday, May 10.

The city said one minute of boiling should be adequate to kill any organisms or bacteria present in the water.