More than a dozen fire departments were called to the scene before the flames were under control. 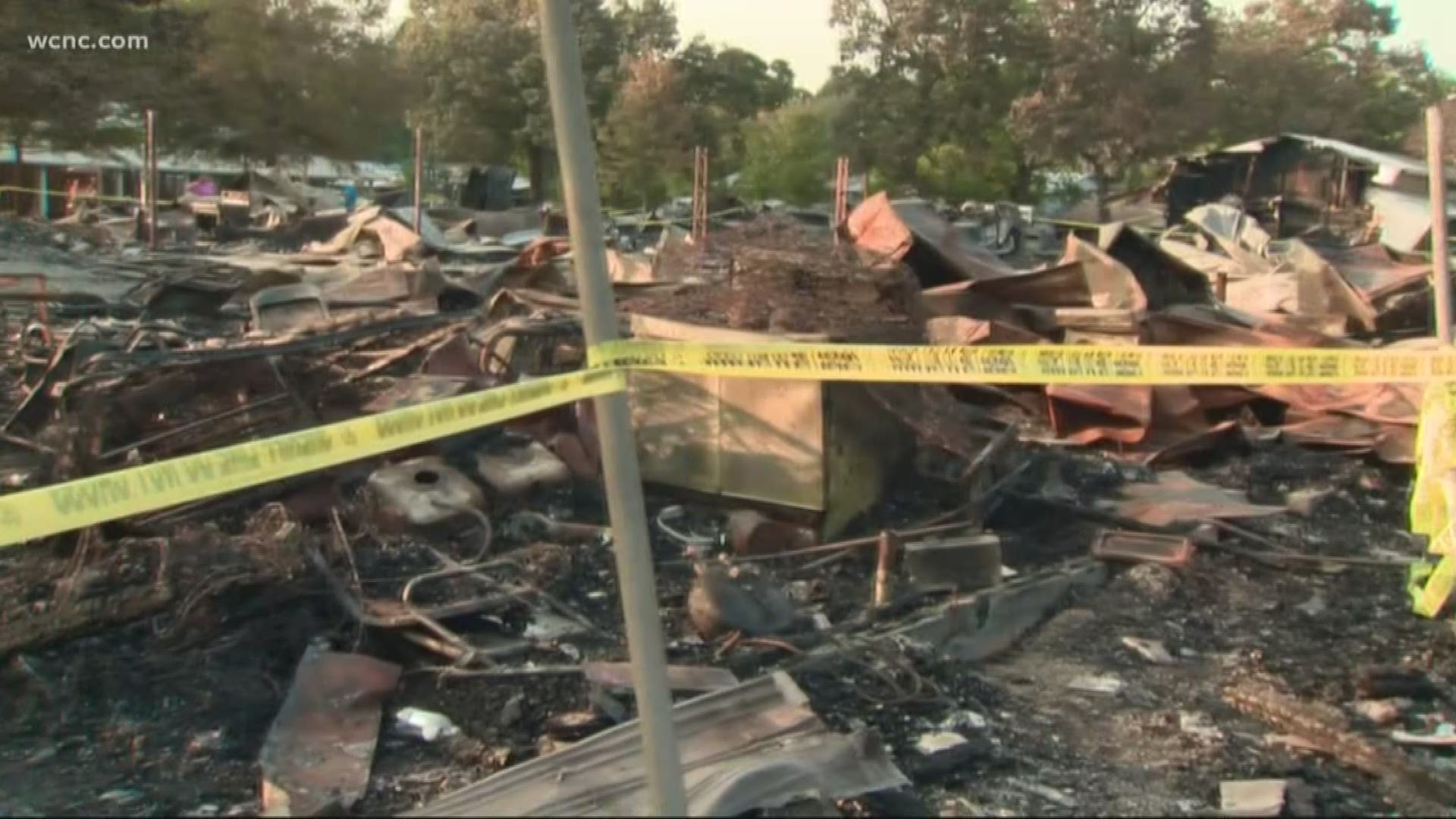 CATAWBA COUNTY, N.C. — A large fire that caused major damage at a historic religious campground in Catawba County late Sunday into Monday was deemed suspicious, according to a joint task force of local, state, and federal authorities.

More than a dozen fire departments were called to a fire at Balls Creek Campground in Catawba Sunday night. According to Catawba County Emergency Management, at least 14 crews were called to the multi-alarm fire, including Charlotte Fire Department.

First responders were called to the scene around 11:30 p.m. Sunday. According to Catawba County Emergency Services, 40 of the 295 tents (cabins) at the campground were destroyed. Nine others were damaged by the flames.

There were no injuries reported. Buffalo Shoals Road was closed between Caldwell Road and West Bandys Cross Road due to the investigation.

The Balls Creek Campground was established in 1853 and placed on the National Register of Historic Places in 1990, according to the campground's website.

Each August, large groups of people come to the campground and live in the wooden tents for about a week during a religious meeting.

NBC Charlotte talked to Bob Drum who said his wooden tent was among the many destroyed on the fire. He pointed to a pile of debris where his tent used to be.

“That was our electric cooking range,” Drum said. “Mine is totally gone, there’s nothing left of my tent at all.”

Drum shared a photo with NBC Charlotte which he says shows his tent engulfed in the massive fire.

“When I first arrived, my tent was not involved, but it wasn’t long before it was involved in the fire,” Drum said. “It just makes you sad just to think about the tragedy of it for all the folks who own the tents here”

Drum said the tents are part of a 160-year tradition.

Investigators said it appears the fire started at a large building and then spread across the field. The exact cause of the fire is still undetermined and being investigated by the joint task force.

“I know everyone will be interested in the findings,” Drum said.

Another 255 wooden tents survived the fire.

“We’re trying to look at it as a glass half full,” Drum said.

Drum said there’s a plan for the tents that did not make it through the fire.

“We’ll clean up and rebuild is what our plan is,” Drum said.

Anyone with information related to the fire is asked to call the Catawba County Sheriff's Office at 828-464-5241.