Confederate monument to be moved out of downtown Athens

The monument will be moved as part of a construction project in downtown Athens. 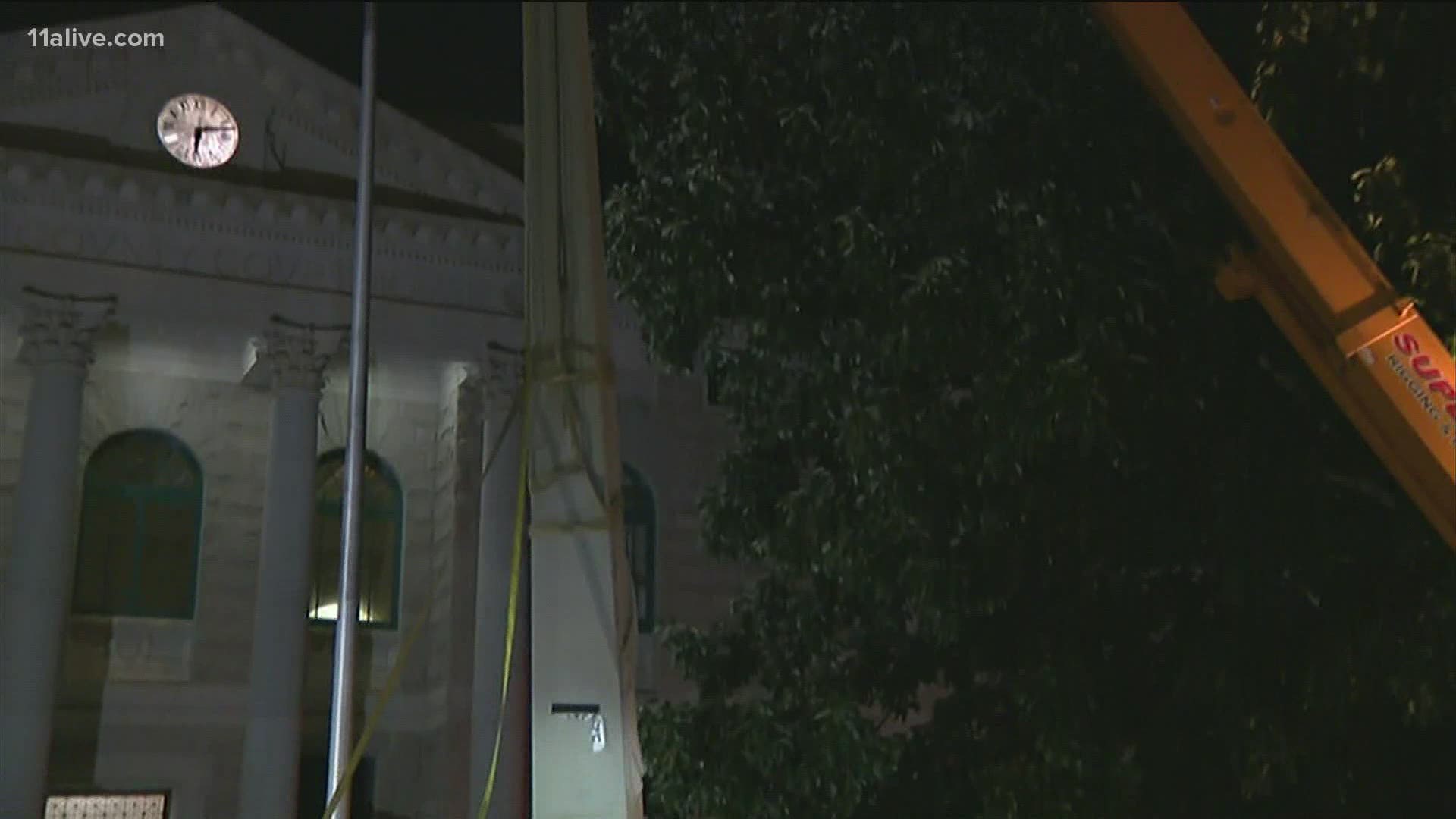 ATHENS, Ga. — In a Thursday meeting, the Athens-Clarke County Commission approved the moving of a Confederate monument out of downtown Athens.

The removal is part of a pedestrian crossing project that will also include closing off College Square, and the block of College Avenue between Broad and Clayton streets into a pedestrian alleyway.

The 19th Century obelisk bears the names of Clarke County men who died while fighting for the Confederacy during the Civil War. It will be moved to land off of Macon Highway near the site of Clarke County's only battle during the war near Barber Creek and the Oconee County border.

According to Athens-Clarke Mayor Kelly Girtz, the marble and granite monument will be clearly visible to motorists passing by on the Athens Perimeter.

The move comes during a time when the country's tributes to Confederate symbols and racist figures is being scrutinized. Just a little over a week ago, a similar-style Confederate monument was removed from Decatur Square after local leaders called them a "public safety hazard" because of the potential for vandalism. And just weeks before that, protesters began calling for the removal of a statue of a Confederate general from the Capitol grounds.

Statues toppled, defaced throughout US in anti-racism protests

Lawmakers call for Juneteenth to be a federal holiday

1 / 8
Statue of Benjamin Harvey Hill, who served in the Confederate Congress, at the Georgia Capitol