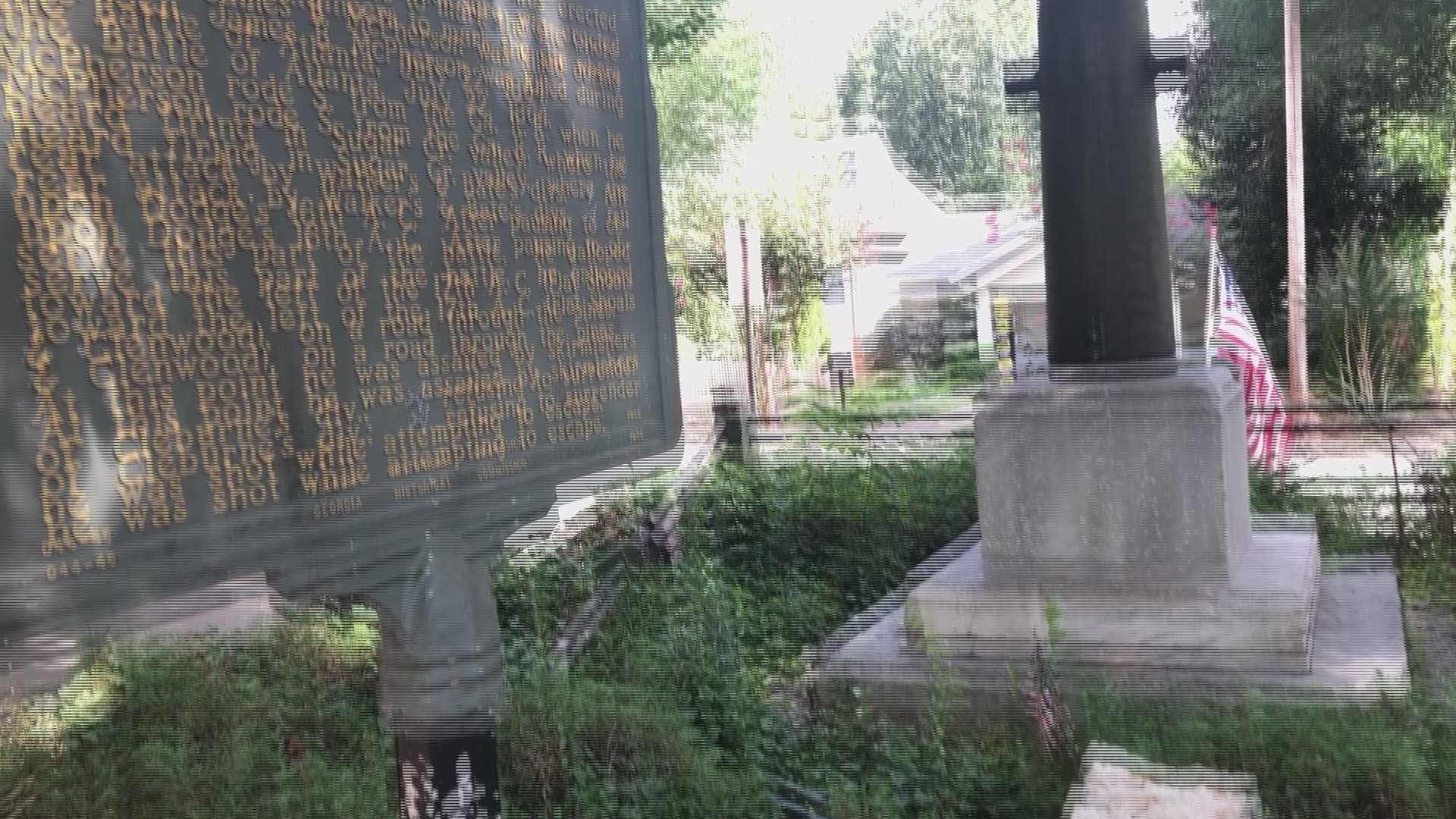 ATLANTA — At the corner of McPherson Ave & Monument Ave sits Monument Park. The monument itself was erected in honor of General James McPherson, a Union soldier, and an officer from the Civil War who was killed in action.

While the unassuming, compact wedge of property takes up less square footage than most of the front yards of the houses that surround it, the monument and the man it was named after, predates nearly everything in the quiet stretch of the East Atlanta Village except some of the trees.

To the uninitiated, the McPherson Monument is little more than a 3-ft marble pedestal that bears the General’s namesake with an approx. 7-ft cannon barrel resting atop it. A simple yet sturdy fence was constructed around it, consisting of short cement columns and metal polls to deter vandals.

However, sometime last week, much to the dismay of longtime residents, Three-quarters of the railing and columns were smashed and/or knocked over. The first theory was that the monument had been selected for removal along with the surge of Confederate statues that litter our city and the state. Unfortunately, that was not the case.

Routine pedestrians or long-term residents may have read the historic plaque that sits on one side of the park detailing the history of Gen. McPherson as well as the importance of the location of which it stands upon and has stood upon for over one-hundred years.

“It’s sad for people to just destroy stuff for no reason at all — unless its hatred," said longtime EAV resident and monument gardener, Lenora Scott. “A lot of people think that this is a Confederate monument, but it’s not. General McPherson was a Union man. Many people don’t know that.”

While the damage seems to be more extensive than mere vandalism, as of yet, no apparent person(s) of interest shows signs of accountability for the destruction around the monument.

Credit: The historical marker that sits at McPherson Monument park in EAV

Scott, who lives in eyeshot of the monument, has been involved with the maintenance of the greenspace since the early 2000’s when she took it upon herself to utilize her green thumb for the unselfish task of revitalizing the park.

A beloved fixture of the East Atlanta neighborhood for nearly 50 yrs, Scott is well known for her friendly and generous disposition. Going so far as to make her own homemade hand sanitizer for the neighborhood since the beginning of the pandemic — free of charge.

In fact, she took such good care the grounds at Monument Park, that even a decedent of Gen. McPherson started corresponding with her from Scotland. Incidentally, the monument’s anniversary which is still widely acknowledged amongst the Civil War historical circles just passed on July 22.

2020 marks the 156th yr since Gen. McPherson was killed in battle, according to the history books, on that very spot — give or take a foot.

Although McPherson was only 36 yrs old when he met his untimely fate, as a general, he just so happened to be the highest-ranking Union officer to be killed in action during the war. Thus prompting multiple elements to be named in his honor in the following years during the Reconstruction; including the recently decommissioned Fort McPherson in East Point.

Although it was confirmed that the McPherson Monument was not scheduled to be removed as was the case with many Confederate statues and monuments, however, it is uncertain at this time when repairs would occur.