North Carolina has broken into the top-10 states for reported UFO sightings at 2,822. 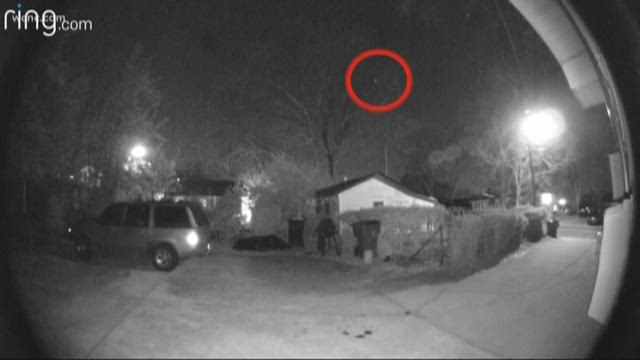 CHARLOTTE, NC -- A Charlotte homeowner captured glowing orbs on his surveillance camera. Now, it has the whole neighborhood wondering what they could be.

“They just flew around and kept flying back-and-forth, it was kind of strange,” said Degrandaval Burke Jr., who posted the video to Nextdoor.

“I thought someone else should know about it other than just me,” Burke said.

Burke doesn’t necessarily think this was an alien encounter. He’s more inclined to believe his camera caught a drone or bugs than extra-terrestrials.

“But it looks like something I’ve never seen before,” he said. “I was just concerned about it.”

This comes as the National UFO Reporting center confirms a similar bizarre sighting in the Carolinas.

“We're very interested in the sightings, they have our complete attention,” said Peter Davenport, director of the National UFO Reporting Center.

Davenport said they are intrigued by the video, particularly because they have recently recorded several similar unexplained cases.

North Carolina has broken into the top-10 states for reported UFO sightings at 2,822.

Of course, many can be explained. Davenport said people often mistake stars, the international space station or other military craft as UFOs.

Still, so far no one has been able to say for sure what these orbs are or why people seem to keep spotting them.

“Mankind is just beginning to awaken to the fact that we appear to have guests and they appear to be here on a frequent basis,” Davenport said.

The UFO Reporting Center website tracks sightings by state. You can access the site and file your own reports by clicking here.