SmartCuts in Wilkesboro made the decision following a COVID-19 outbreak at a nearby poultry plant. 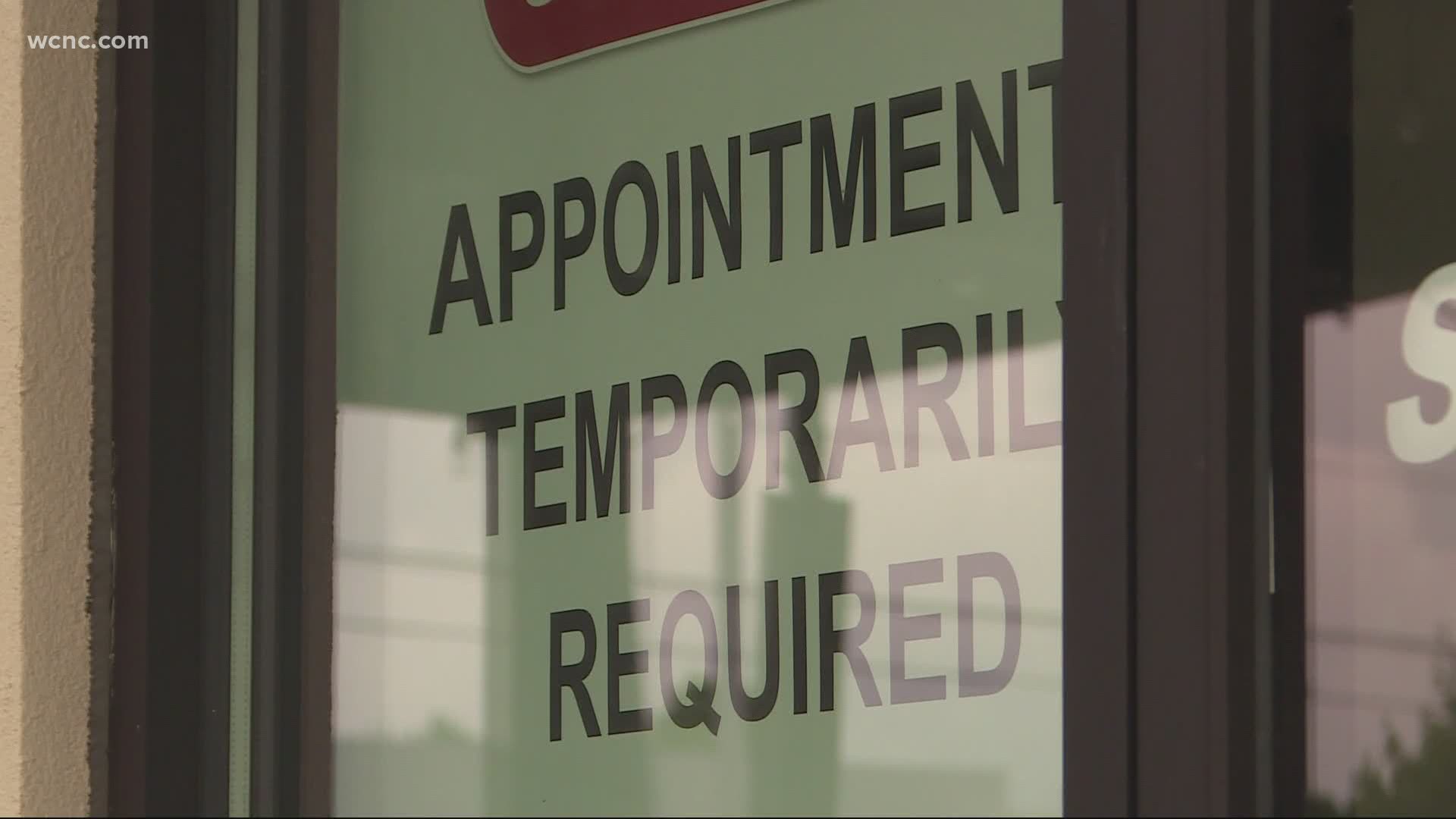 WILKESBORO, N.C. — A Wilkesboro salon is banning any customer who works at Tyson Foods' nearby poultry plant from getting a haircut until next month.

Bob Hartley, the owner of SmartCuts off U.S. 421, made the decision after Tyson announced its Wilkesboro plant had a COVID-19 outbreak.

"I do care for the ladies who work here," Hartley said, referring to his stylists. "What would you feel like if you did not make a decision like this and they were to contract COVID-19?"

While some customers support him, some Tyson workers slam Hartley's decision.

One worker posted to Facebook saying it wasn't right and bemoaned the negativity towards local plant workers.

Last week, the company announced one in four of its more than 2,000 workers at the plant tested positive for COVID-19; the majority of whom were asymptomatic.

Following a deep cleaning two weeks ago, the company is screening every worker for symptoms before each shift, mandating face masks, and installing physical barriers between work stations and in break rooms.

WCNC Charlotte left messages for some of the workers who criticized Hartley online, but no one has responded back yet.

Hartley said it's nothing personal against the workers.

"We did not mean any slight of them at all," Hartley said. "We fully acknowledge that they are fully worthy of our praise and our gratitude."

Hartley said after his ban ends on June 8, he's offering $3 off hair cuts for Tyson workers.