New Indy had previous run-ins with environmental regulators in other states prior to the EPA and DHEC's odor investigation at its Catawba, South Carolina plant. 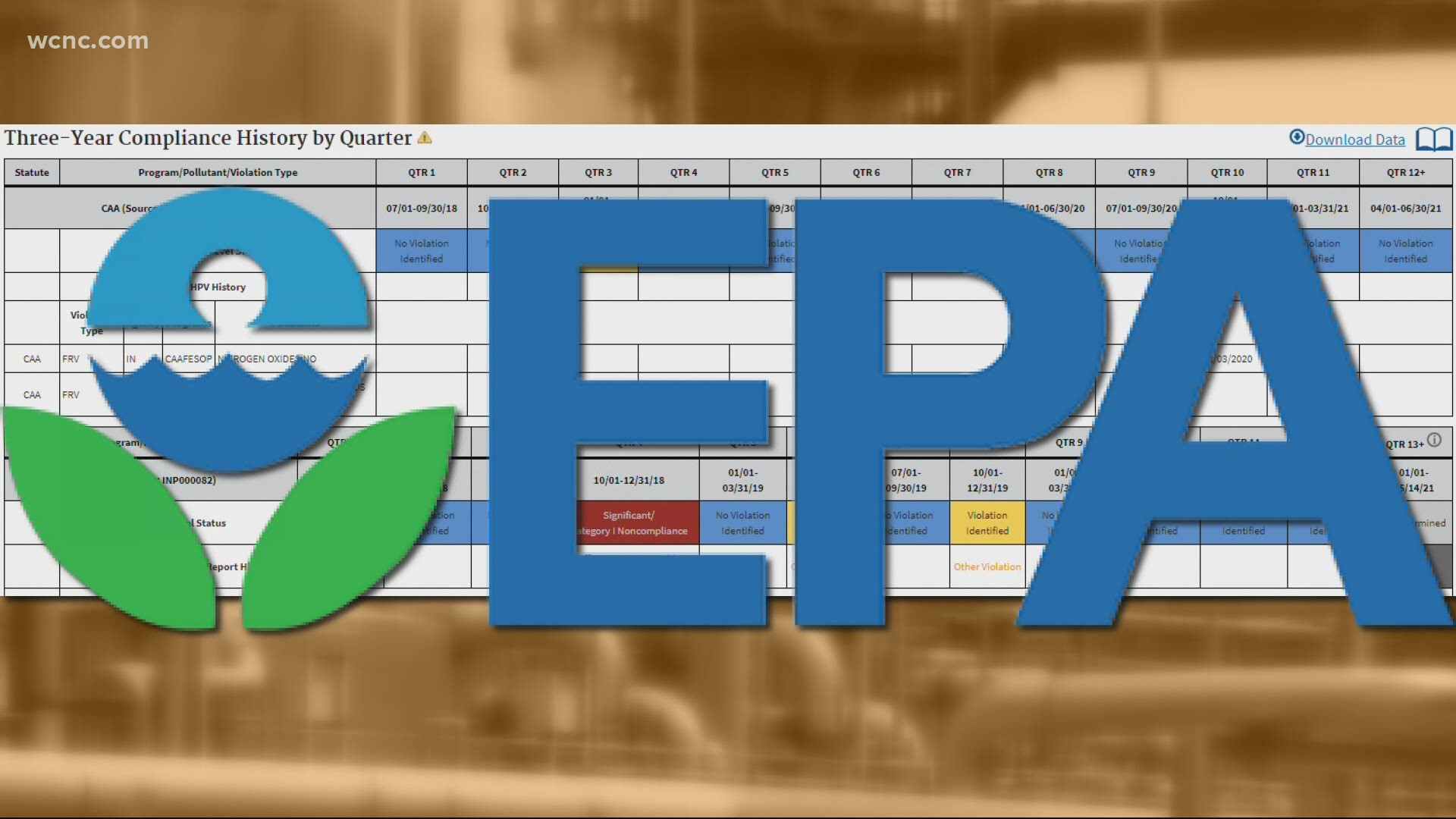 The civil penalty, according to documents from the Indiana Department of Environmental Management, was part of an "agreed order" between New Indy and the state after inspectors visited the Hartford City plant on Dec. 3, 2020.

During the inspection, regulators wrote New Indy "...failed to submit a permit revision request prior to adding the Ware natural gas-fired boiler."

While the company ultimately received the necessary permit revision, it still had to pay the $9,000 civil penalty.

Information about the violation comes as New Indy works to meet deadlines, set by both the Environmental Protection Agency and South Carolina's Department of Health and Environmental Control (DHEC), to reduce hydrogen sulfide levels coming from its Catawba plant.

Regulators blame the chemical compound for leading to thousands of complaints of a rotten odor permeating the air in York, Lancaster, Union and Mecklenburg Counties.

EPA records show in September 2016, the company was fined $6,000 for discharging wastewater with high enough levels of water pollutants to cause interference with the local sewage treatment plant.

Though in the quarter after each violation, regulators found no issues at the plant.

As for the EPA and DHEC's orders against the Catawba plant, New Indy has said in a public statement, "We are reviewing both orders and intend to comply with both in good faith as soon as we are reasonably and safely able."

However, Larry Spada said he and his neighbors still have to deal with the stinky smell during this process.

"I've been awakened around midnight, one o'clock with a burning sensation inside my nostrils," Spada said. "It's really, really intense. It wakes me up out of a sound sleep."

He has a burning feeling in his gut the whole process won't give him and his family the peace they sought when they moved to the area three years ago.

"I am not overly optimistic that anything positive is going to happen very soon, and it really needs to," Spada said. "'I would like to invite everybody that owns New Indy stock and the board of directors to come to my house and stay for a couple of days, and I'll keep the windows and the doors shut and tell me what they're feeling."

WCNC Charlotte has continued to request an on-camera interview with New Indy and is still awaiting a response.