The newest lawsuits filed in South Carolina and Tennessee join a number of others in claiming that the X-LITE guardrail device made by Lindsay Corporation is threat to drivers across the country. 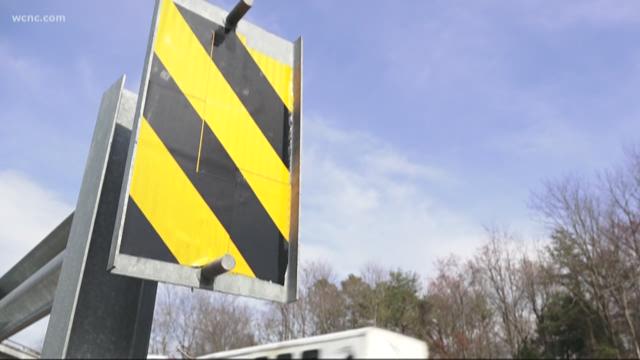 CHARLOTTE, N.C. -- Two more lawsuits have been filed claiming death and injury against a company that designs and manufactures guardrails.

The newest lawsuits filed in South Carolina and Tennessee join a number of others in claiming that the X-LITE guardrail device made by Lindsay Corporation is threat to drivers across the country.

The company’s website says “No guardrail end terminal system can prevent every tragedy; the X-Lite Guardrail End Terminal is designed and manufactured to reduce the number and severity of injuries sustained from automobile accidents.”

The newest lawsuits were filed on behalf of the victims’ families by Cohen Milstein Sellers & Toll PLLC, which also represents other families with similar cases against X-LITE guardrail terminals.

A release detailing the suits states that a Lindsay X-LITE guardrail terminal impaled the car of Ronald and Charlotte Blankenship on I-26 in Spartanburg, South Carolina on April 29, 2017. The guardrail went through the passenger side of the vehicle, striking and killing Charlotte.

In Tennessee, the release said Joyce Moyer collided with an X-LITE guardrail end terminal on June 30, 2017, which pierced the vehicle’s exterior and frame. The suit claims the guardrail caused severe injuries to Moyer’s body, including a partial amputation of her left leg.

"No one should ever expect that if you go into a guardrail that that end terminal is going to fail and those other pieces of guardrail are going penetrate and impale people,” said Leslie Kroeger, a partner Cohen Milstein Sellers & Toll PLLC.

Since 2016, the X-LITE guardrail device has been linked to deaths and injuries across the U.S. According to the U.S. Department of Transportation, there are about 14,000 of these devices nationwide, which includes 4,000 to 5,000 in North Carolina.

North Carolina Department of Transportation spokesperson Jen Thompson said NCDOT is not installing X-LITE guardrails on new construction projects. When one is damaged or requires maintenance, it is replaced by an end manufactured under the new Manual for Assessing Safety Hardware standards.

Thompson wrote in an email, “NCDOT will continue utilizing guardrail ends that have been tested and meet federal safety standards. There are now more tested and approved treatments in the market place.”

Kroeger said in the end, she just wants justice for the families involved in these cases.