Nikki Haley says she won't run for president if Trump does

The former South Carolina governor said she won't oppose Donald Trump if he seeks another term. 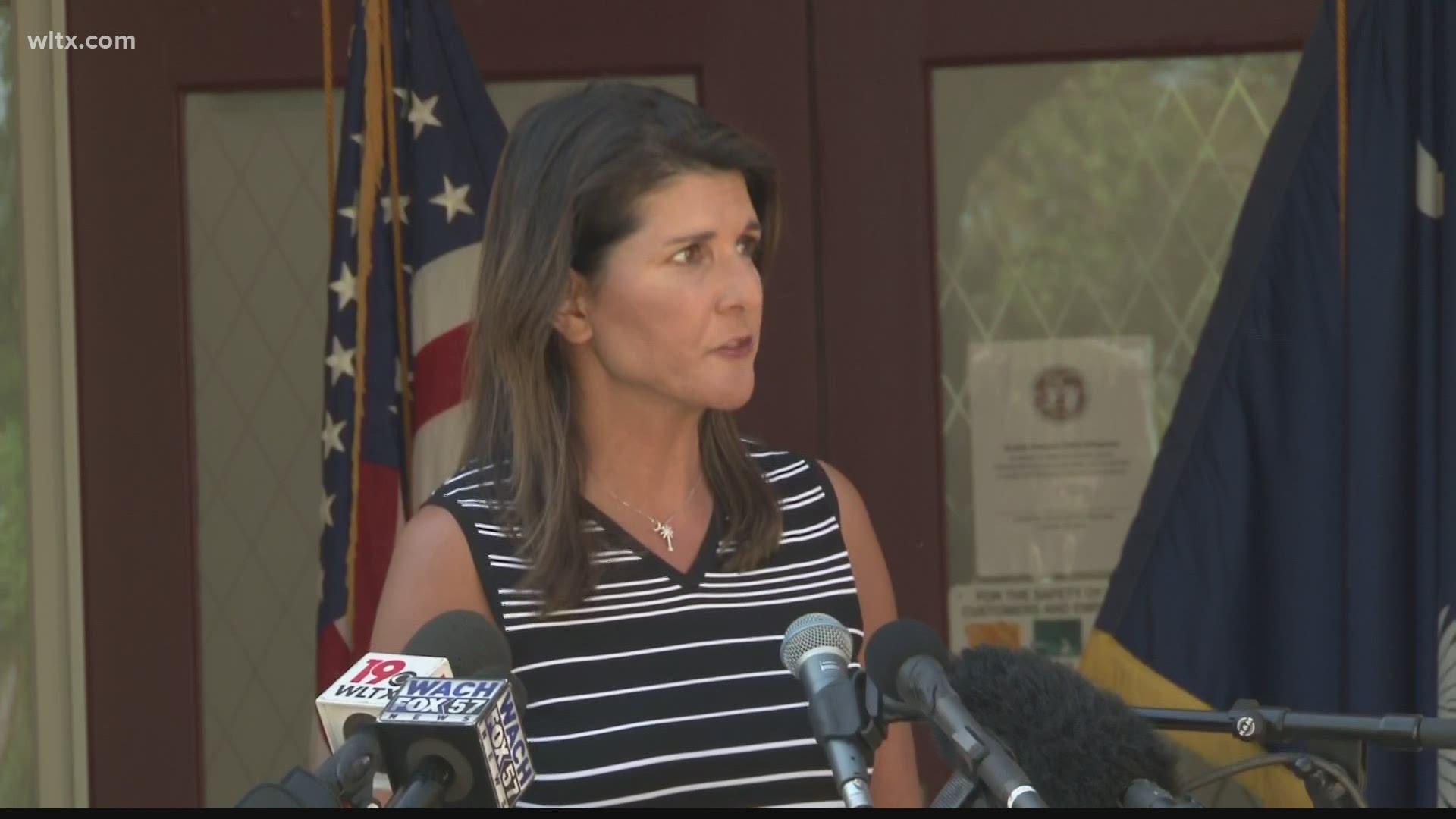 ORANGEBURG, S.C. — Former U.N. Ambassador and South Carolina Gov. Nikki Haley said she won't run against former President Donald Trump if he were to decide to run for the White House again.

Haley was asked about her views on politics, including any potential future plans, after a news conference Tuesday at South Carolina State University in Orangeburg.

Asked if she'd support him, she answered without hesitation, "yes."

"I would not run if President Trump ran," she said. "And I would talk to him about it. That's something that we will have a conversation about at some point if that decision is something that has to be made."

Haley name frequently comes up on lists of potential GOP presidential nominees in 2024.  Some have also speculated that if Trump were to seek to reclaim the White House, she'd been one of his top choices for vice-president on the ticket.

Trump and Haley have a political history that runs back several years. In November of 2016, Trump picked Haley, who was midway through her second term as South Carolina, to be the U.S. Ambassador to the United Nations.

The question about Trump came in the wake of the ex-president's meeting over the weekend with GOP megadonors and some Republican politicians at his home at Mar-a-Logo near Palm Beach, Florida. While no TV cameras were present, reports came out about his comments, including that he once again stoked unfounded claims that the 2020 Presidential Election was stolen from him. He also criticized Republicans who were critical of him in the wake of riot at the U.S. Capitol, including U.S. Senate Minority Leader Mitch McConnell, and said former Vice-President Mike Pence should have done more to fight against the election results.

"I think President Trump's always been opinionated," Haley said of the reported comments. "Just because he left being president that's not going to stop. But I think what he also talked about were the successes he had in the administration."

Haley said she last spoke to Trump after the November election but before the Capitol riot. In February, she made headlines when she critiqued Trump's conduct around the riot in an interview with Politico, saying she was "disgusted" by the way he treated Pence. Still, in that same discussion, she praised Trump's accomplishments, something she did again Tuesday.

RELATED: Nikki Haley says she won't run for president in 2024 if Trump does

"The idea that he was able to say let's focus down let's remember the things that we fought for let's keep on doing it because that's a winning record to go forward," she added about her thoughts on the speech.

Haley said she appreciated that Trump "let me do my job" during her time as ambassador.

She also called President Biden's reversals of some Trump policies "harmful" and questioned whether Trump's successor would press China on human right, intellectual property, and even if he might boycott the 2022 Winter Olympics, which will be held in that country.