The man business owners describe as the "backbone of NoDa" is battling COVID-19 in the hospital as the community shares messages of support to help him pull through. 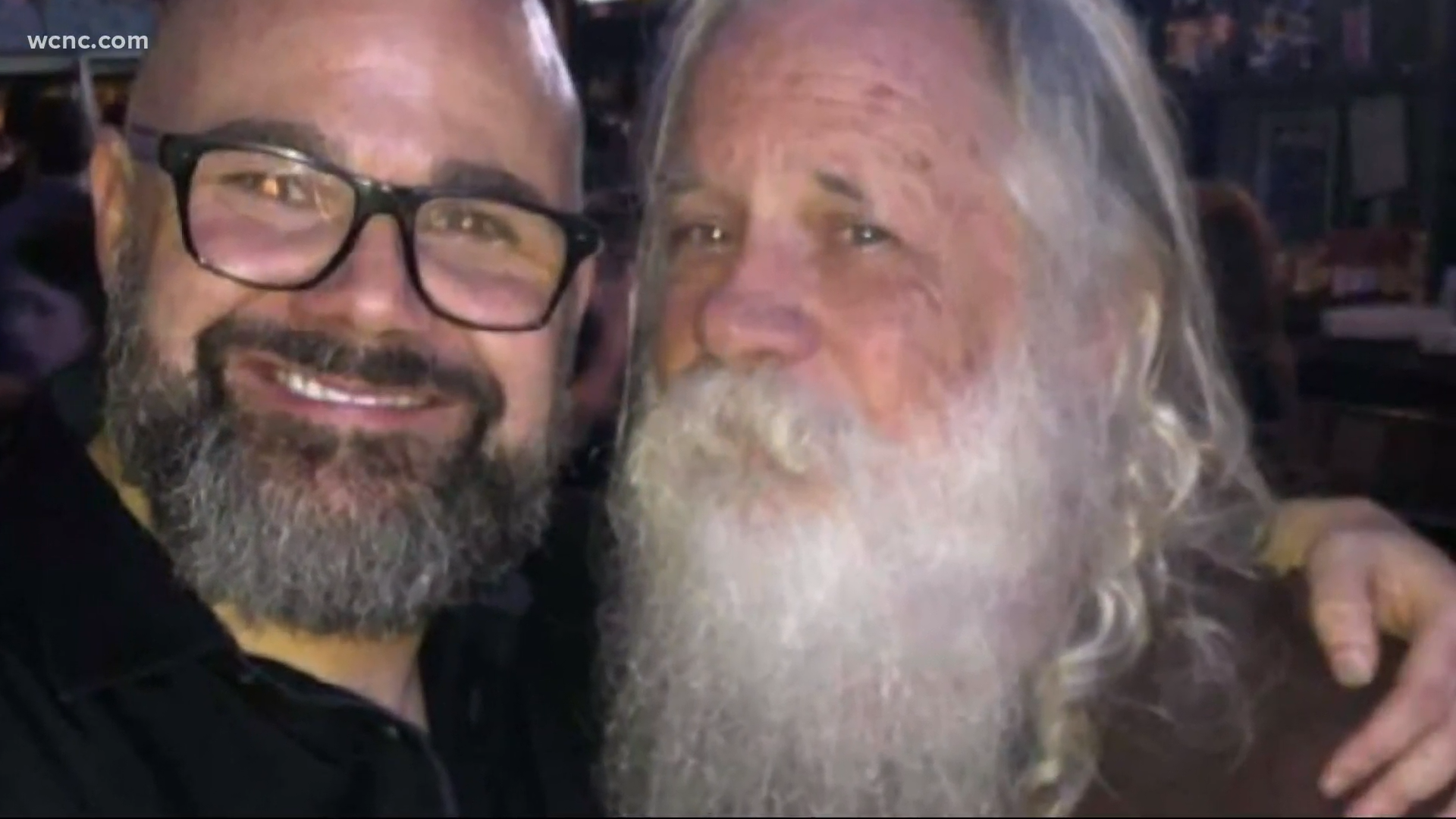 CHARLOTTE, N.C. — The NoDa community in Charlotte is rallying around one of their own who is battling COVID-19.

Joe Kuhlmann, co-owner and founder of The Evening Muse, and Jackie DeLoach, owner of Hattie’s Tap & Tavern, describe the man simply known as “Mellow” as an essential part of the fabric that makes up NoDa.

The business owners said he is currently fighting COVID-19 in the hospital and was recently moved out of the ICU.

"I consider Mellow the backbone of NoDa,” DeLoach said. “I mean, he helps every business, and you know, is just so personable with everybody that, it's a tough one to swallow when you know that somebody that takes care of you so well might not be able to push through."

As an example, DeLoach said a few months ago someone ran into the front fence of the business, and she posted a picture of it. Within hours, DeLoach said Mellow was there to fix it and wouldn’t accept a dime in return.

"That's just who Mellow is,” DeLoach said. “He just goes out of his way to help other people, and you know, it's, it's awesome that he does that. That's Mellow."

Kuhlmann said he met Mellow around four or five years ago. In one of their first interactions, Kuhlmann said he and Mellow stepped up to defend a woman from a potential domestic violence situation on the street.

Their bond only grew from there.

“Just a good, good dude and we need more people like him around,” Kuhlmann added.

Mellow worked doing signage for commercial properties, even designing and installing the sign outside The Evening Muse, Kuhlmann said, but he has been out of work recently due to the pandemic.

On top of that, Mellow is now fighting COVID-19 in the hospital, Kuhlmann said.

The NoDa community has now stepped up to support Mellow with a GoFundMe to help with medical expenses.

"You don't want anyone to have to suffer from this,” Kuhlmann said. “But knowing he's out of work, you know, so many people are out of work and that he's kind of an island unto himself here, it's just something really important that we have to do.”

The page has raised nearly $5,000 in two days, with many giving back to the man who has given so much to the community.

“Mellow is a big puzzle piece in NoDa,” DeLoach said. “And without him, it’s going to be a completely different area, and so we really want to show how much we love him and how much we care for him.”

Kuhlmann said he hopes the messages and support from the NoDa community help Mellow push through with a boost of internal strength to beat COVID-19.

Kuhlmann added, “It would be a huge hole in the heart of NoDa if we were to lose Mellow right now.”