The updated emergency declaration states children, youth and adults must be off city streets from midnight to 6 a.m. 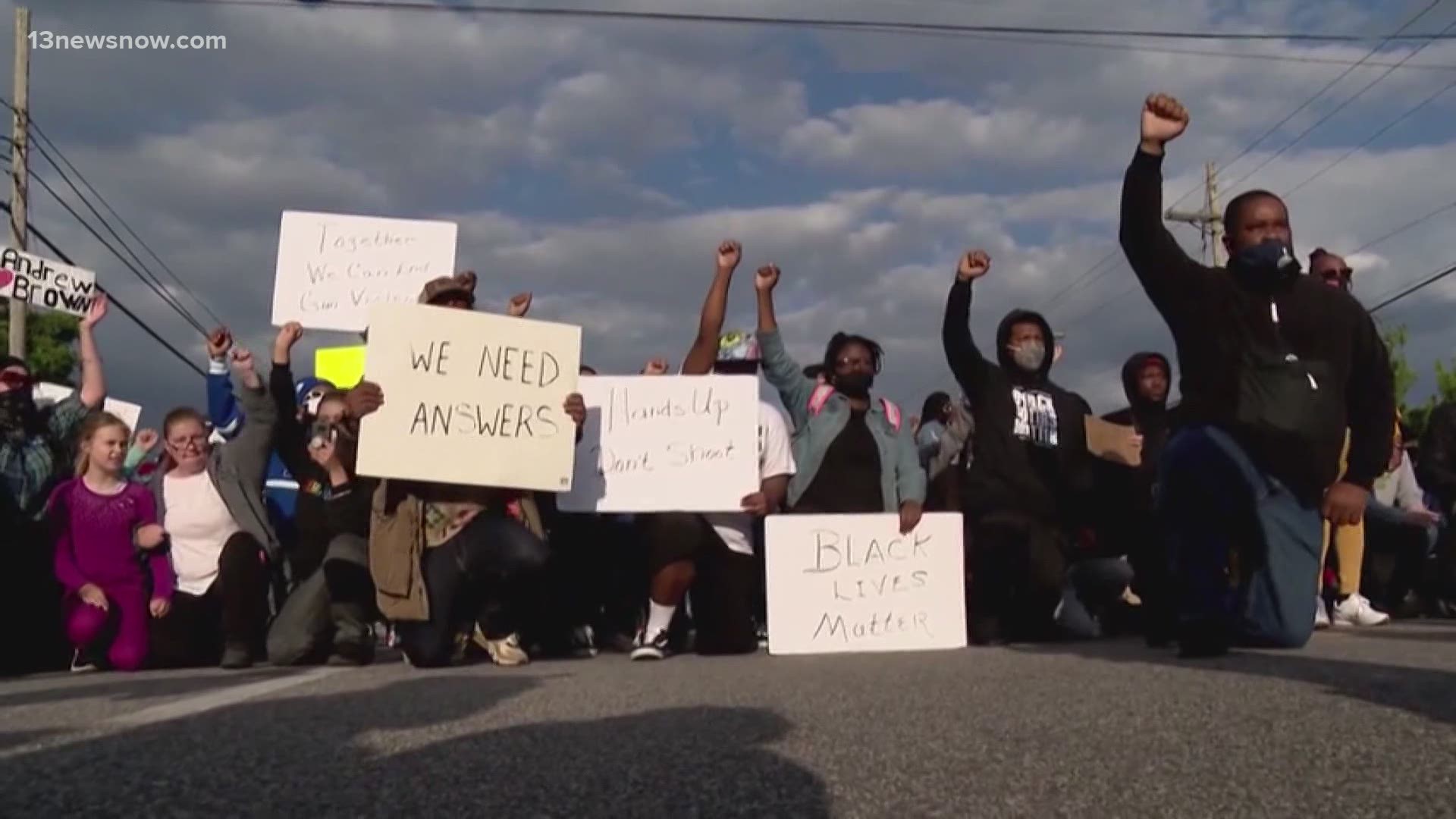 ELIZABETH CITY, N.C. — A Pasquotank County sheriff expressed his support for the peaceful protesting that's been happening after Andrew Brown Jr. was killed just days ago.

This comes after Elizabeth City modified its curfew from midnight to 6 a.m. which started Friday.

The updated emergency declaration states children, youth, and adults must be off city streets during those hours. The only exceptions are for people who have to commute to travel to work or there is an emergency.

Sheriff Tommy S. Wooten expressed his concern on Sunday, May 2 for peaceful protesting in the following statement:

"I and the entire Pasquotank County Sheriffs Office fully support the right to peacefully protest and assemble. The tragic death of Andrew Brown, Jr. has deeply impacted many people in our community. This weekend, we ask that everyone respect the family and those mourning. We also ask that everyone respect the hardworking families in Pasquotank County who run small businesses and employ so many in our community. The Sheriffs Office will take many steps to ensure that peaceful protestors are able to exercise their rights. However, those who choose to protest will not be permitted to block intersections or highways and put themselves and others in danger. We hope that any protests this weekend are peaceful; however we are prepared to ensure the safety of our community in the event of unlawful disruptions.

"We all want answers about the death of Andrew Brown, Jr. However, we must wait for the investigations to be completed so we have the facts. Sheriff Wooten is committed to transparency and has promised that there will be accountability for anyone who may have done anything wrong. Thank you all and God Bless."

The city is also now requiring a permit for residents to publicly assemble in the streets. The permit must be completed and filed with the city manager no less than 15-days or more than 90-days before the date of the public assembly is to take place.

As of Friday, Elizabeth City Manager Montre Freeman said he has signed five permits for protests throughout the weekend.

“It’s not really being about Black or white. It’s about we’re all human beings and this family does deserve justice," said protest organizer Bryan Hawkins.

Hawkins set up a rally with the family of Andrew Brown Jr.

“So we’re expecting to have at least 1,000 people out supporting. Raleigh, North Carolina has been having protests every day as well. So I think at this point and time North Carolina and our city especially are just tired of not having the relationship that you expect to have between the community and police and sheriff's office," said Hawkins.

Residents and civil rights organizations have been taking to the streets and protesting since April 21, the day Andrew Brown was killed by law enforcement while deputies from the Pasquotank County Sheriff’s Office were trying to fulfill a search warrant.

The Elizabeth City community has been demanding footage for more than a week in peaceful marches and demonstrations in the city.