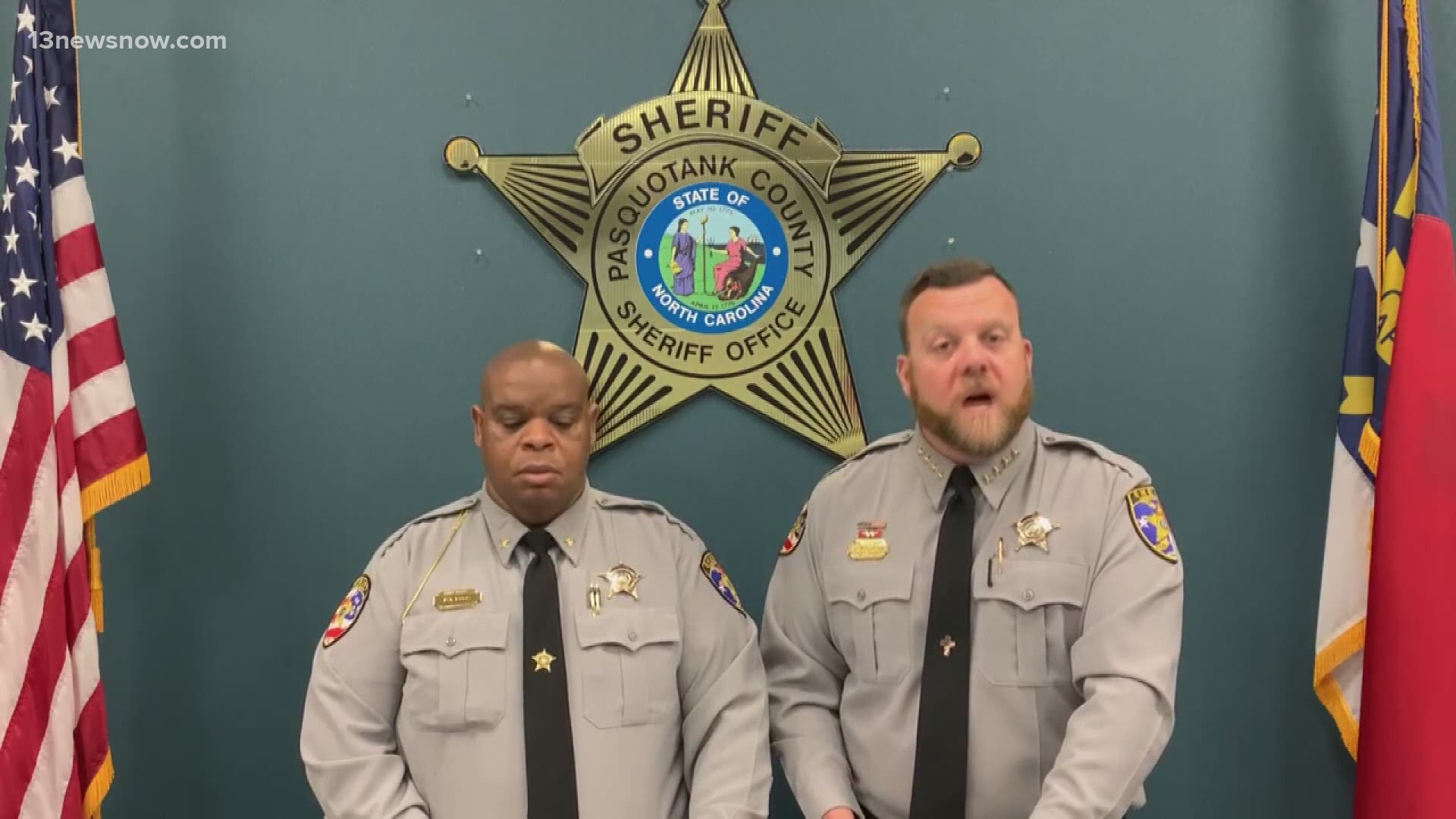 ELIZABETH CITY, N.C. — The family of Andrew Brown Jr. is demanding to see the body camera video. They're calling for change to the law that is preventing them from seeing the moment their loved one who was shot and killed during a search warrant.

A family is heartbroken in Elizabeth City, North Carolina.

Brown's son is seeking answers knowing he will not see his dad ever again.

“Now I got to live every day; my newborn without even getting a chance to meet him at all and that’s going to hurt me every day. I just want justice," said Kahalil Ferebee.

On Saturday, Brown's family, their legal counsel and church leaders came in with a message demanding the release of the sheriff’s deputy's body camera video.

“Because we’re sick and tired of all these deaths happening they don’t have to happen to release the tapes," said Reverend William Barber.

“This family has not been allowed to see what happened," said Brown's family Attorney Harry Daniels.

With four days of protests after the shooting and limited information out to the public, the Pasquotank County NAACP Chapter President is seeking to have the county’s sheriff step down.

Moments after the family's press conference Pasquotank County Sheriff Tommy Wooten announced that he wants investigators to release the body camera video too. Wooten reached out to the North Carolina Bureau of Investigations asking if the release would interfere with the investigation.

“Once I get that confirmation, our county will file a motion in court, hopefully, Monday to have the footage released," said Wooten.

According to North Carolina law, only a judge can allow body camera video to be released. The family’s attorney Harry Daniels wants a new law in place.

Daniels also mentioned his team and the family are still waiting to see the warrants too.

Wooten also announced they have asked the North Carolina Sheriff’s Association to choose an outside sheriff’s office to conduct an independent investigation.

Wooten sent 13News Now a statement in response to Pasquotank County NAACP's demand for his resignation.

"I will not resign, the citizens of this county elected me to do a job and I fully intend to do just that!"