Protesters march the streets of Elizabeth City in growing calls for transparency in the death of Andrew Brown Jr. 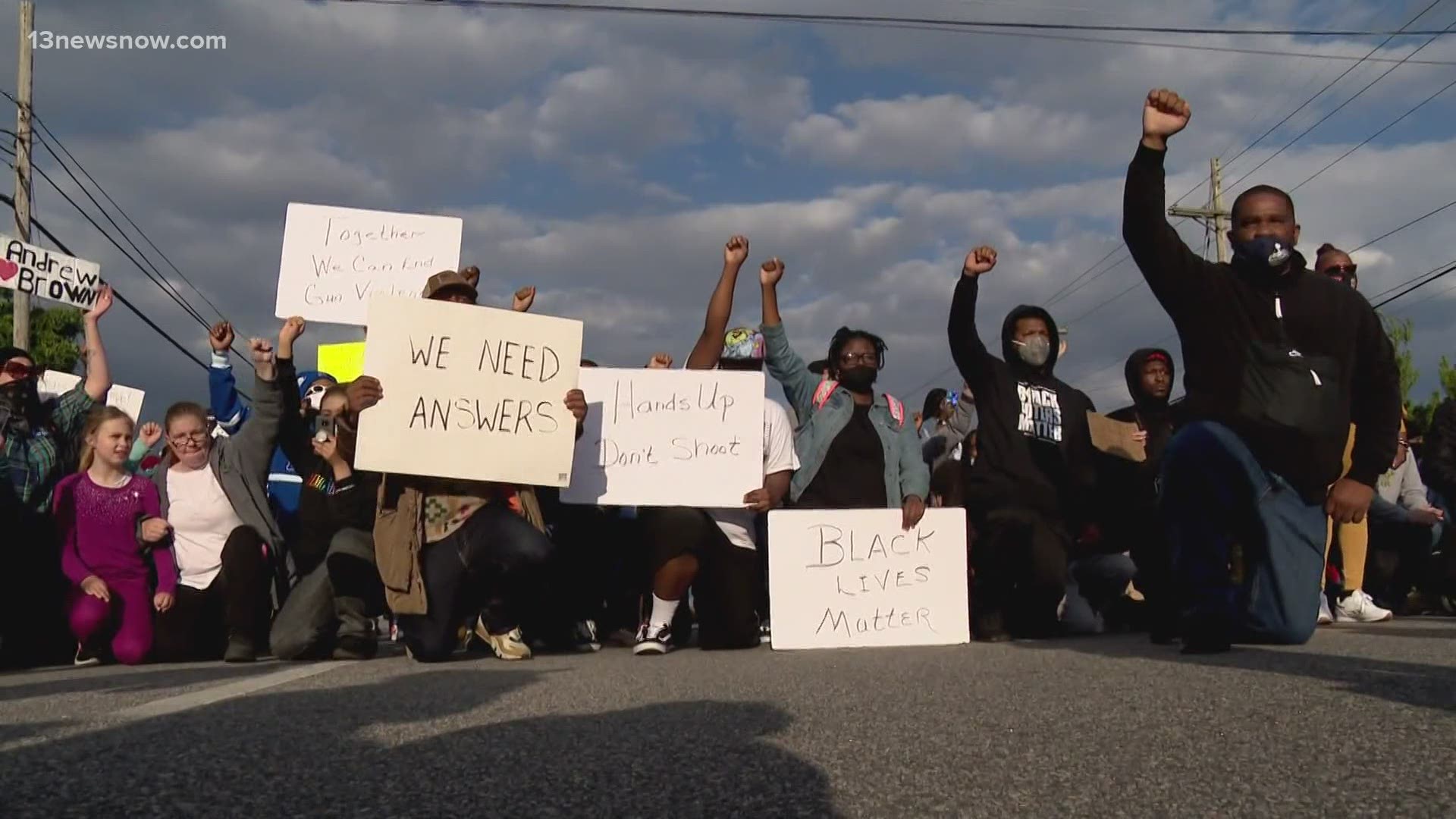 ELIZABETH CITY, N.C. — For the second night in a row, people protested in the streets of Elizabeth City for answers in the death of Andrew Brown Jr.

Hundreds of people marched throughout the North Carolina city, where Brown was shot and killed while Pasquotank County Sheriff's deputies executed a warrant on Wednesday morning.

In a Facebook post released Thursday, Pasquotank County Sheriff Tommy Wooten and Chief Deputy Daniel Fogg said authorities were serving Brown an arrest warrant for felony drug charges, and that he was a convicted felon with a history of resisting arrest.

“Our deputies attempted to serve the arrest warrant. They fired the shots. They’ve been placed on administrative leave until we have all the facts," said Wooten in the video.

Fogg said department training advises deputies to treat this situation as a high risk of danger.

Neighbor Demetria Williams said she watched deputies shoot Brown while he was driving away. Harry Daniels, attorney for the Brown family, said they are requesting the body camera footage.

"We want to the body camera video!" shouted protesters Thursday.

Community leaders and protesters have called for the release of the video. However, officials say they are hand-tied by North Carolina state law.

In a joint statement, the Pasquotank County and District Attorneys’ offices called the community’s request "reasonable," but "under North Carolina law body camera footage is not public record and can’t be released to public without court orders.”

Under state law, a department can release the video to people who are in it or their representative. Anyone else must petition a judge.

“It’s really just a factor of, can you get the footage in front of a judge, and can the judge make a decision based on all the factors the law says the court should consider?" said attorney and legal expert Ed Booth.

Wooten asked people to await the findings of the North Carolina State Bureau of Investigation.

"If evidence shows that any of my deputies violated the law or policies, they will be held accountable," said Wooten.

Meanwhile, protesters gathered at the site where Brown was killed and collected money to help the family with his burial. They said they will not stop until they get answers.