Several people across Union County say their tap water has taken on a "dirty" or "musty" odor and flavor. 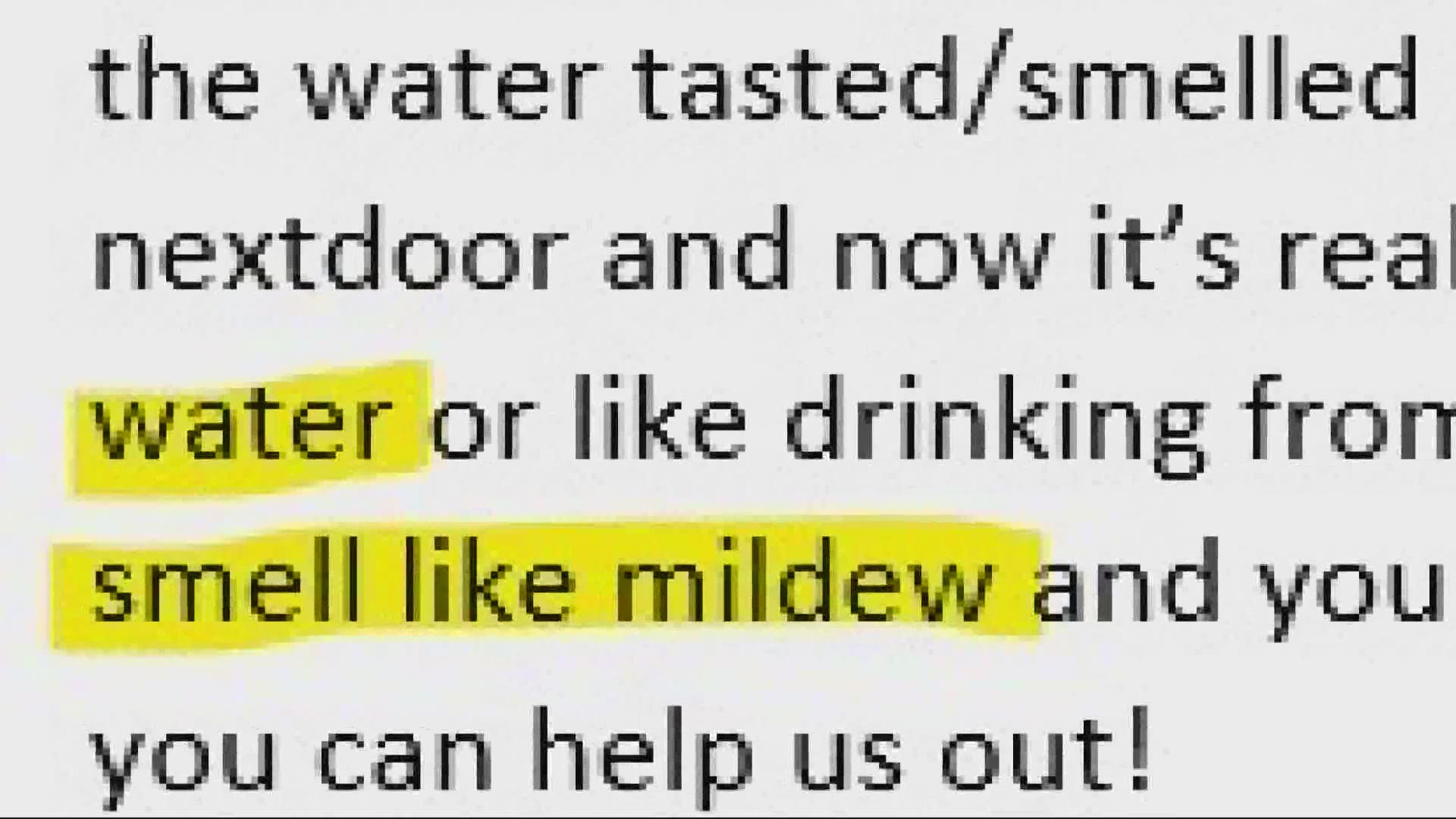 WCNC Charlotte reached out to SCDHEC with these concerns. DHEC says workers are manually adding powdered carbon to the water at the plant to remove odor and taste, and it plans to install a permanent feed for future issues.

It looks clear enough, but residents say looks are deceiving.

Hubbard says the water coming from her tap started to take a turn around the beginning of the week.

"Like, you filled up a bottle of water, you left it in your car. It's gotten hot, and you go to drink it, and it's got that awful taste to it," Hubbard said.

Other Union County residents who have reached out to WCNC Charlotte for help also said their water quality started declining a couple weeks ago.

They've described their tap water's odor and taste as similar to "pond water," "mildew," and "dirt."

A map from Union County Public Works shows a substantial portion of the county potentially impacted.

The county says it's conducted several tests, which have found nothing dangerous in the water, but it's yet to confirm the cause. It continues to run tests in locations where complaints are noted.

A county spokesperson says residents can continue to use and drink the water as normal.

Frank LaRosa with Well Doctor suggests, in the meantime, people look into filtration systems to take water quality into their own hands.

"You treat the water at your house. Then, you know what it's doing," said LaRosa.

Well Doctor offers well pump repair, water treatment and well-drilling services in the Charlotte area. It can also run tests on tap water. Anyone interested in seeking those services can call  (704) 909-9258.

"You take the contaminants out, the chlorine out, the chloramine out. You put a UV light in to kill the bacteria," LaRosa said. "Another option is to put in a reverse osmosis system under the sink."

Hubbard says, after March's discovery of E. coli in the county water supply, she's been wary.

"As a consumer, we do rely on them to be honest with us," said Hubbard. "We want to have safe drinking water, cooking water, bathing water."

RELATED: Union County under a boil water advisory after E. Coli found in the drinking water

In the past, there have been various cases of musty, earthy tasting tap water across the Carolinas, and in those cases, the culprit ended up being algae blooms. Officials said they were harmless, albeit unpleasant, to smell and taste.

Thank you to Union County neighbors for reaching out with this story idea on Nextdoor. If you have an idea you'd like to submit, visit Vanessa's Nextdoor profile and send her a message.