It's been a year since protesters were surrounded in Uptown and tear gassed. It spawned policy changes as activists push for more change. 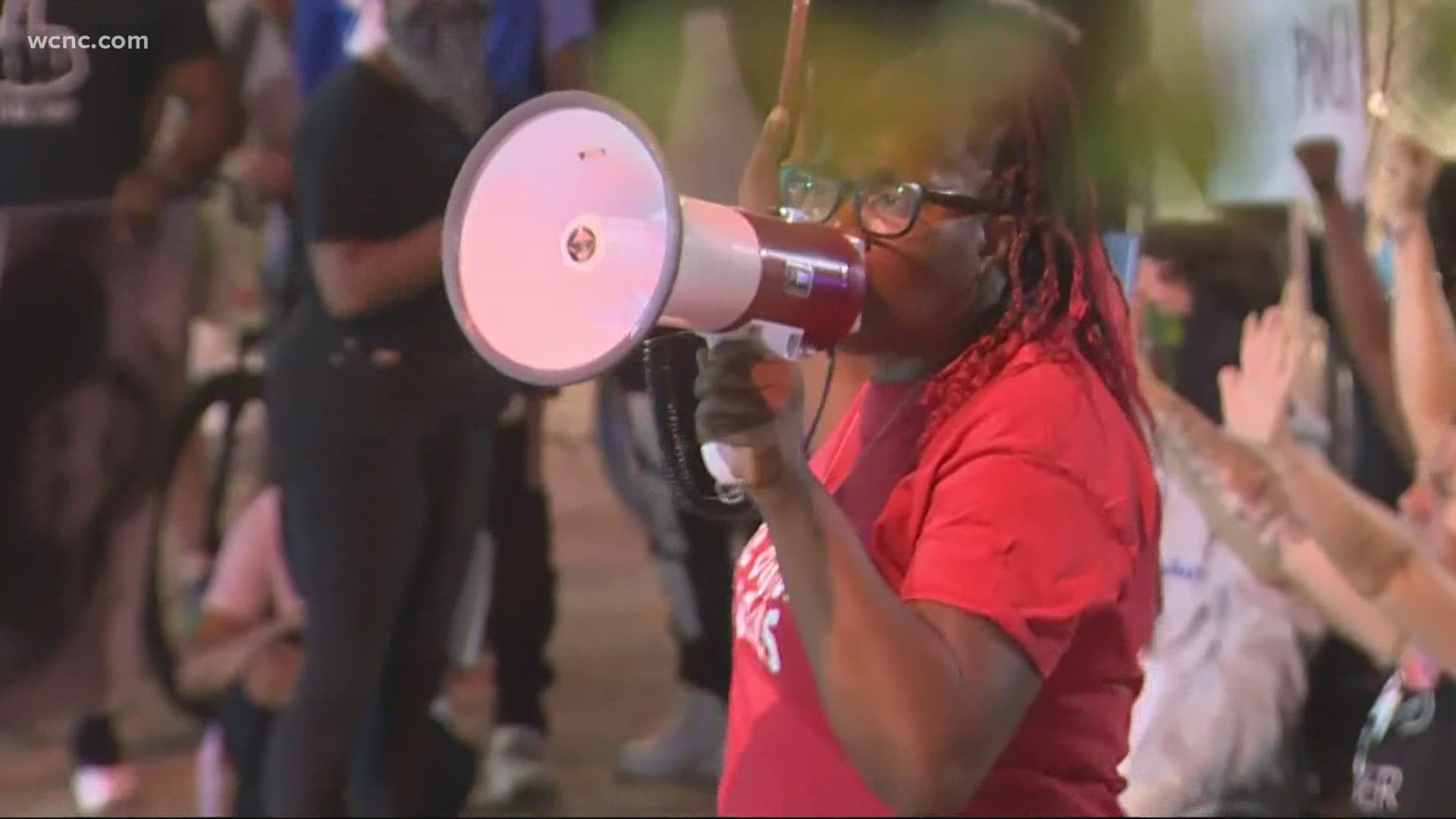 CHARLOTTE, N.C. — A year after protesters were trapped and tear-gassed by Charlotte-Mecklenburg Police, activists welcome the changes made but want more accountability and transparency.

The chaotic incident on June 2, 2020, on 4th Street in Uptown was caught on camera by those protesting and also by police body cameras.

"Hey, wave goodbye, they're all about to get gassed," one officer could be heard saying on his body camera.

Minutes later, protesters were surrounded and tear-gassed with barely any space to escape.

"I just remember the terror," said Kristie Puckett Williams, who works with the ACLU of North Carolina and also was in the protests the night the incident took place.

The pain and fear still linger, as does the push for change.

"Since we do have the police right now," she said, "What is a better use of their time and energy?"

In the aftermath, CMPD did change its policies.

They banned the use of teargas for crowd control, after a vote approving the measure by Charlotte City Council.

In the wake of the outcries after the death of George Floyd, the department also aligned itself with the '8 Can't Wait' campaign, banning officers from shooting into a moving vehicle, and forcing officers to exhaust all options before firing their guns.

A majority of the other campaign requirements were already being met by the department.

CMPD also enacted a duty-to-intervene policy, forcing officers to step in if another comrade is breaking department policies.

The department has made other changes as well, including responses to mental health calls.

"I think sometimes, we have to take a step back as an agency and realize how much are we contributing to the agitation," Chief Johnny Jennings said at a press conference in April.

However, he reminded everyone last month, policies can only go so far.

Williams knows all the wanted change won't happen in a year, but instead, it'll require a push for years to come, she said.

"We have cookie-cutter formulas, that every situation doesn't meet the criteria for," Williams said.

WCNC Charlotte reached out to CMPD late Wednesday night after normal business hours, but we were told we'd likely get a better response Thursday.

Williams maintains that CMPD should be defunded and that money should instead go towards other solutions for issues in the city.

Currently, the city is proposing a $300 million dollar budget for CMPD, which is an increase from last year.