A UNCF event in Charlotte raised over 1 million. Oprah said she'd match it.

"I do want to make this the world-breaking record event so what was the total number?" Winfrey asked. The answer: $1,149,950. She matched it. 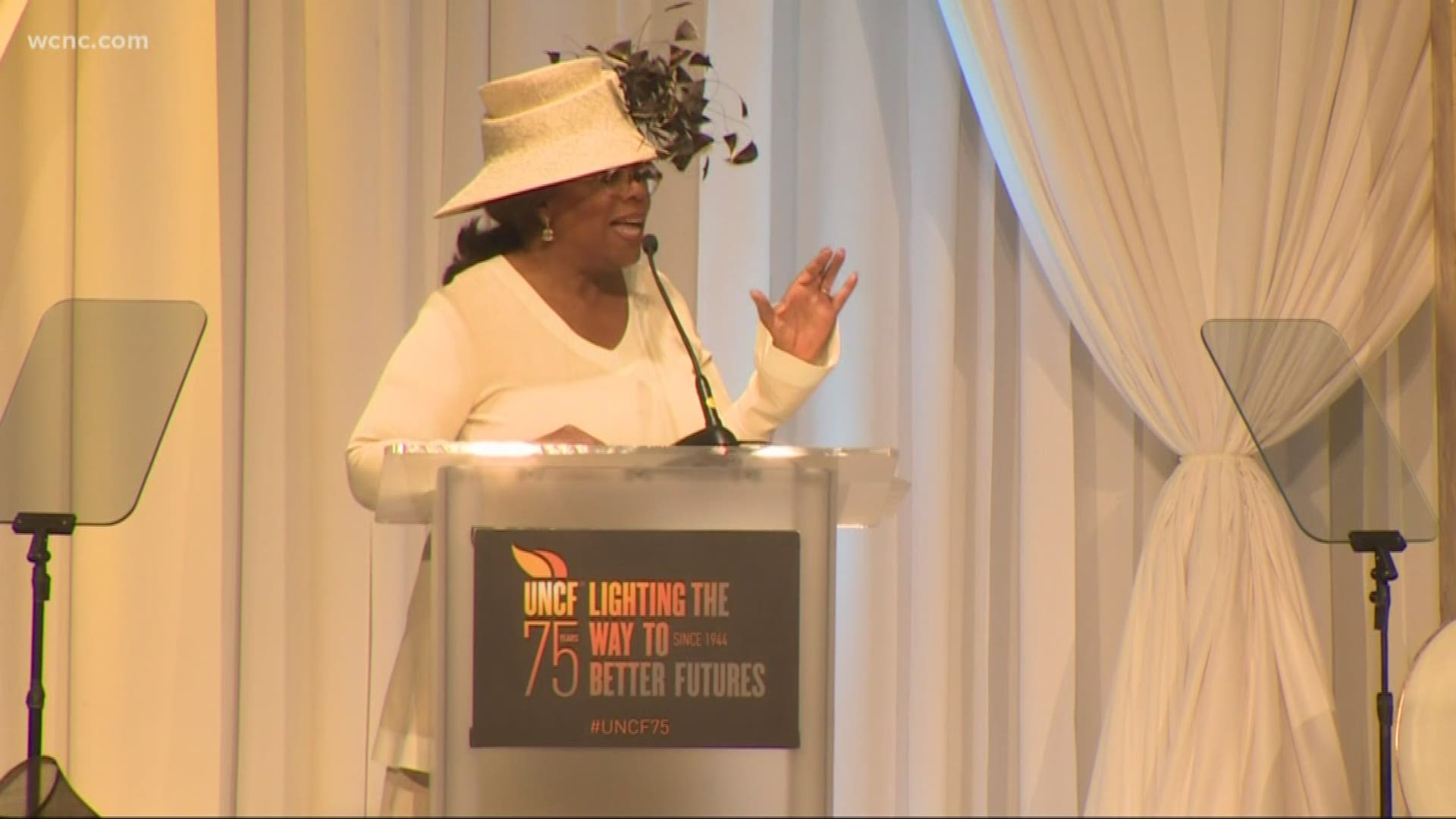 CHARLOTTE, N.C. — Oprah Winfrey spoke at an event honoring women who have positively impacted the Charlotte community at the 2019 Maya Angelou Women Who Lead Luncheon.

Many know Winfrey as being a generous giver, but thousands in Charlotte were able to witness it first-hand Saturday -- Winfrey donated more than a million dollars to help students attend Historically Black Colleges and Universities.

The world-renowned media mogul was the keynote speaker at the event, hosted by the United Negro College Fund (UNCF). The sold-out event was held at the Westin in Uptown. The attendees this year included Congresswoman Alma Adams and Charlotte Mayor Vi Lyles.

The organization has raised money for minority students to attend HBCUs for the last 75 years.

Each year at the luncheon, the organization pledges to raise thousands of dollars for student scholarships. This year’s goal was $1 million. Right before Oprah Winfrey’s keynote address, the organization had raised $1.15 million.

Winfrey spoke with the group, saying she originally offered to just write a check, but she was convinced to come out to the event in person.

"I think it's such a powerful moment that we can gather 1,120 women in a room to share some of what I know," Winfrey said.

The media mogul and philanthropist reflected on the impact of education on her childhood, saying her grandmother gave her the ability to love learning, through reading the Bible. Winfrey said she's gone above and beyond what her grandmother had dreamed for her.

Winfrey spoke with the audience, sharing pieces of her life story alongside life advice for those in attendance. She recounted when Maya Angelou told her "you have no idea what your legacy is going to be because your legacy is every life you touch."

At the end of her speech, Winfrey made an announcement that left the audience overcome with joy.

"I do want to make this the world-breaking record event so what was the total number?" Winfrey asked. The answer: $1,149,950. "So here's what I'm going to do, I'm going to match that number."

“A mind is a terrible thing to waste and a wonderful thing to invest in,” Winfrey said, as the crowd cheered and clapped.

Winfrey has dedicated most of her life to education. In 2007, she opened the Oprah  Winfrey Leadership  Academy in South Africa. Three of her students graduated from Johnson C. Smith.

Winfrey will be back in Charlotte at the Spectrum Center on January 18, as part of her Oprah’s 2020 Vision; Your Life in Focus Tour. 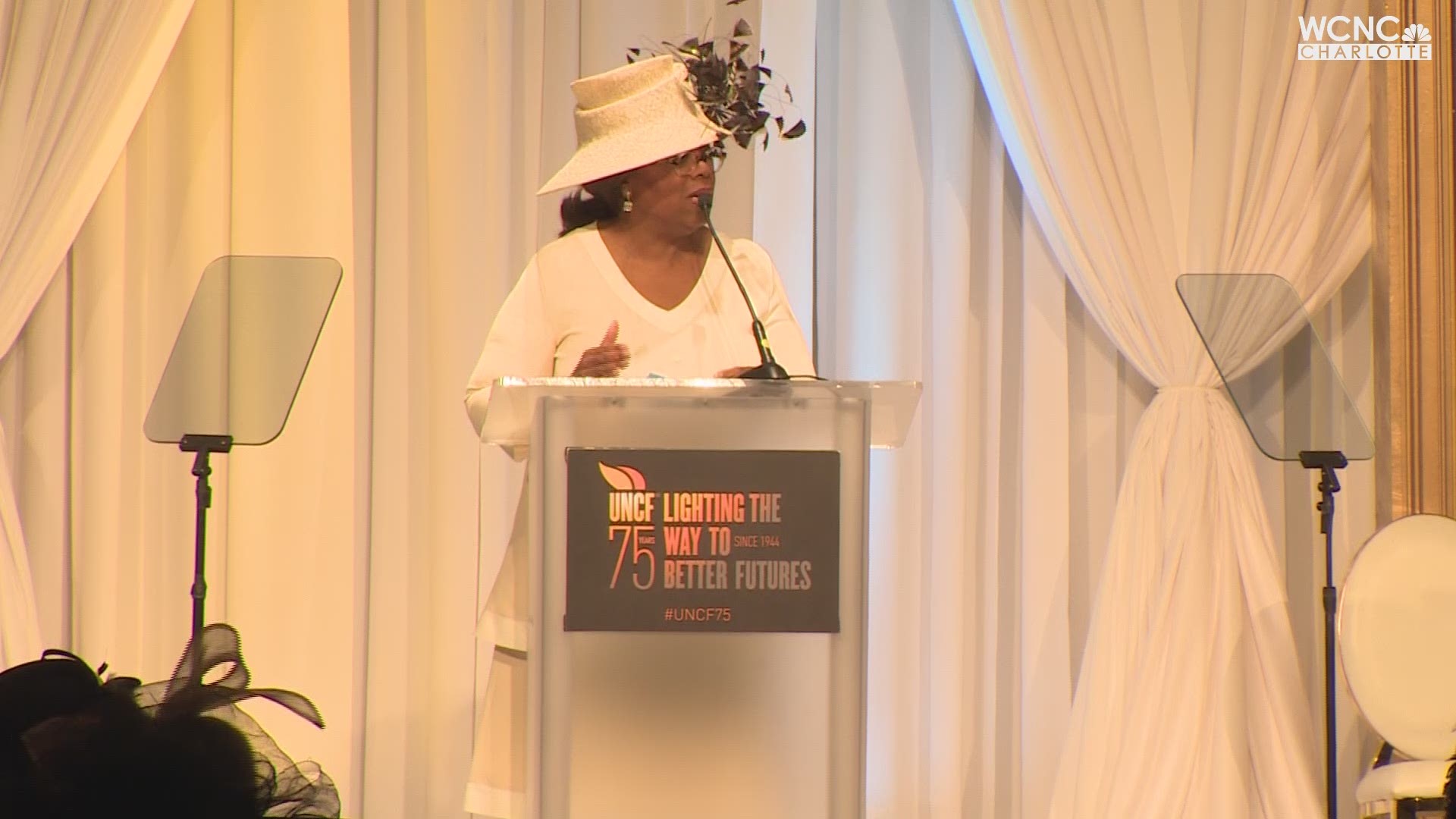